The complete Simpsons’ Mini-figures collection has been recently published by Lego on their Facebook Page. The Simpsons family (Maggie, Bart, Lisa, Hommer and Marge) was already known quite a while ago as well as a couple of main characters, but there were a considerable number of guys that still were a mystery.

Looking at the pictures, and by comparison with the traditional figures, the major difference is definitely their heads, which being quite similar to the characters are, however much different from their usual Lego physiognomy .

Below you can see the complete list, which brings some really nice new guys such as the clown Krusty with its pie or even Scratchy with its big axe. All the characters will bring a different accessory and will retail around the three dollars. Have a look at all of them and enjoy! 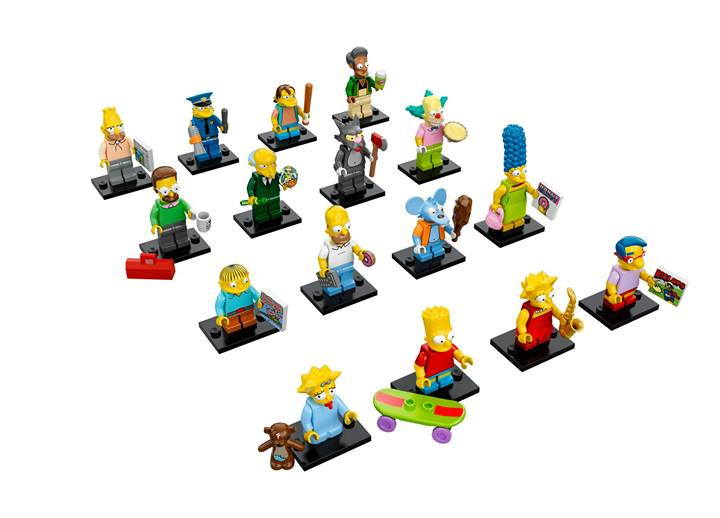