The last days have been definitely very exciting for the Simpsons fans. At the same time that the new Simpsons Set, The Kwik e-Mart, was officially presented, Lego has also published images of the Series two of Simpsons Collectable mini-figures.

The list was already known for a while but there was some expectation about the final look of most of the guys. After seeing them, I must say that overall they seem spectacular and I especially liked Bart with its purple bat mask, Homer that is nicely dressed and guess who, the little Martin with his cheerful face. 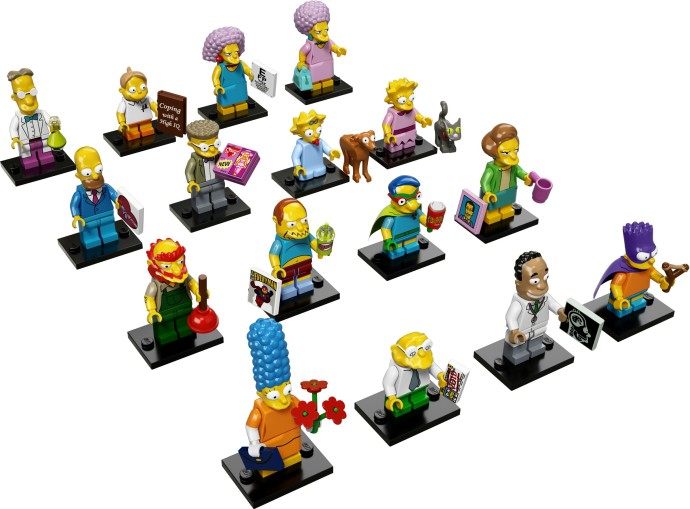 Have a look at all of them in the gallery: