Definitely the rumors’ season has begun. Joining the Simpsons and Hobbit, a few days ago, we have, now an extensive list for City, star Wars and Friends, that appeared this morning in Eurobricks. Obviously we must give these rumors the relative importance, however it’s always pleasant to dream a bit up on them.

Having a look to the city theme, the police return with all its force and another big wave seems to be in perspective, with at least six new sets. There will be a new headquarters building, a mobile police station and lots of new vehicles. 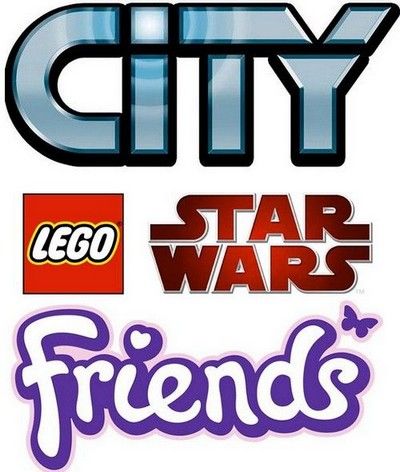 A considerable list of great city vehicles is also in sight and believing on it I must say that there are a couple that seem particularly interesting, even with no images, namely the wood transporter (looks a good addition to the 2013 cargo sets…), the car transporter (I’m quite curious about this one…) and the repair car. Have a look at the complete city list:

Continuing, Star Wars will enter in 2014 with all the artillery, namely more than ten new sets, one of them, the at-pt is already confirmed:

Finally, Friends that definitely have an uncompleted list but for now these three seem pretty interesting for obvious reasons: almost everyone enjoys the beach and with it a bunch of great fun and color, which is already normal in this theme’ sets. The three rumored sets are: