Hoth Bricks has just posted an official image with four of the new sixteen mini-figures, from the next Series 14 that will be available next October, showing that the rumors that circulated on internet, a few days ago, mentioning that the new series would be based on monsters or Halloween, were globally correct.

The picture shows clearly what it seem to be the new Rocker Monster, the Crazy Witch, the Skeleton Guy and Lady Vampire and I must say that I’, quite impressed with all of them, not only in terms of painted details but also if we attempt to their accessories. 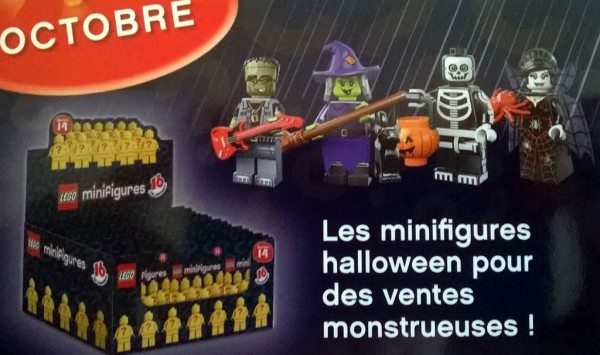