Shyly, the new series 10 of Mini-figures is showing up. Although its release date is planned only about two months from now, there are a few lucky guys who have put their hands on it, before the rest of the world. The expectation is high and the new mini-figures make this series one of the best that Lego has ever launched.

As you probably know, this new series brings the extremely rare Mr. Gold, the 17th mini-figure of the collection that will only appear in five thousand boxes all over the world. Unfortunately I’m realistic, about it, it’s almost impossible to get it without buying it on the internet, for a prohibit price, so I guess that I’ll concentrate my eyes and my money on the other sixteen, which are definitely great! 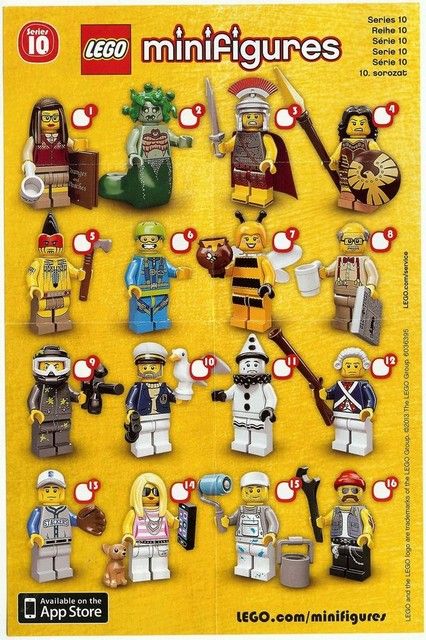 Mean while have a look at the first available scans of the new series that usually come in the mini-figures’ bags: 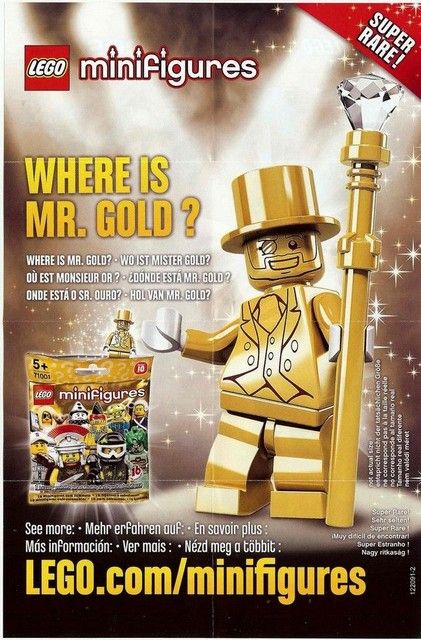