The first picture of the new Star Wars Set Sandcrawler (75059) has been posted on Flickr, showing as expected, a huge vehicle filled with a bunch of interesting features and several mini-figures, which according to rumors will include at least Uncle Owen Lars and three Jawas figures.

Through the image it is possible to see plenty of different details such as a magnetic winch at the back, a side loading hatch, a weather beaten hull at the front and the cockpit just next to it, an enormous loading ramp with a main cargo hold, a front view port and just below it, a great mechanized grabber. 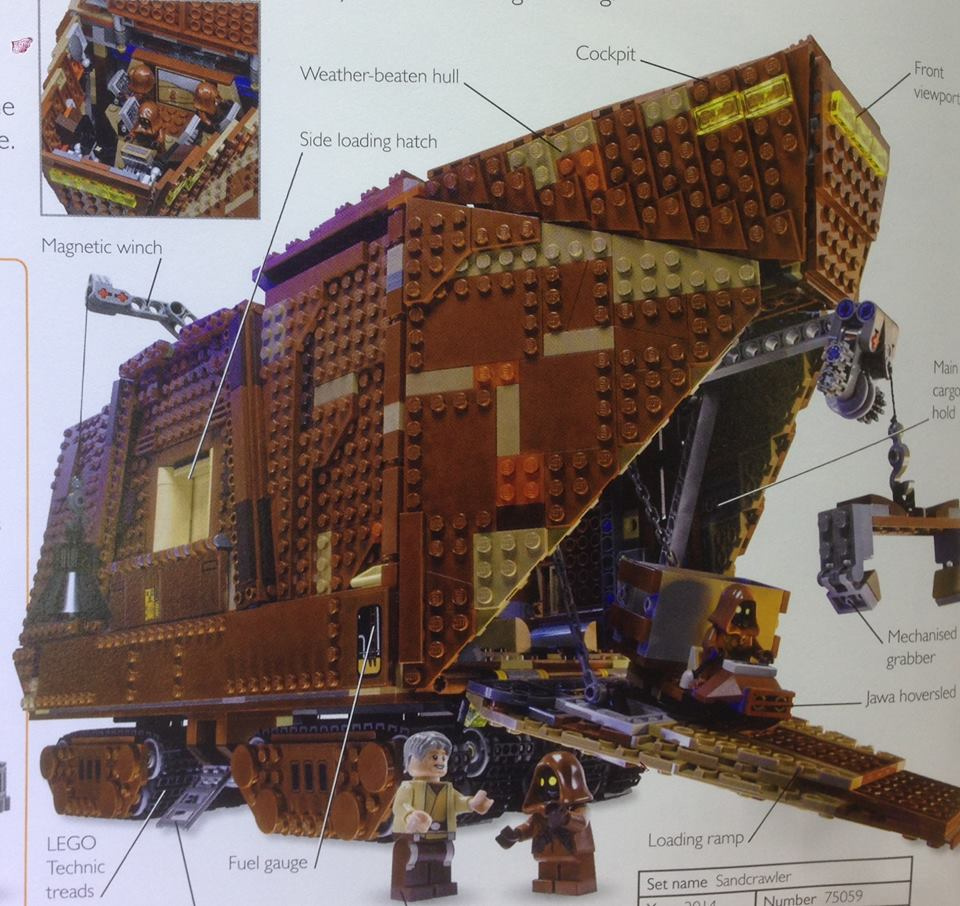 For now there isn’t an official confirmation about dates or prices but rumors mention a price level similar to the Lego Ewok Village (around 350 dollars)  and that will be presented by the time of the May the 4th Promotion that will start in the end of April.