I must confess that I not an enthusiastic fan of these two themes but their super packs are surely a great opportunity and a nice gift for Christmas, if you like them, of course. In the last weeks, a couple of sites and forums have mentioned the release of two super packs for hero factory and three for Ninjago!!

Recent comments indicate that the Ninjago’ super packs will include an amazing assault vehicle, a nice motorcycle, a ship and plenty of nice features among others. On the other hand, the Hero factory will present a bunch of different robots with plenty of colors, details and enormous modularity. 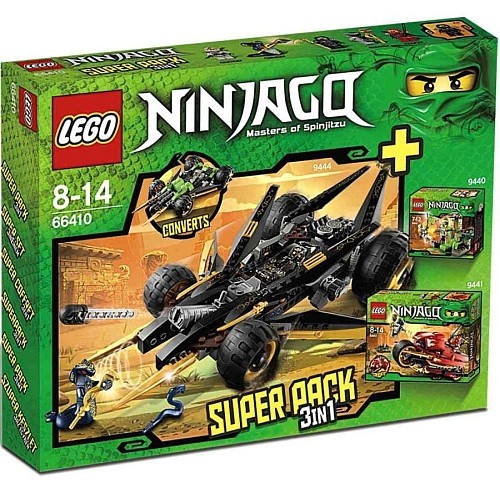 Have a close watch to the five superpacks’ details and also to the available pictures until the moment: