A new Ninjago Battle Pack (853544) has been revealed on Eurobricks, showing a Skybound subtheme set with thirty six pieces, four mini-figures that seem to be Zane, Samurai X Nya ( a great version!) and a couple of soldiers of Nadakhan’s sky pirate crew, with lots of weapons and accessories.

Basically, it’s only four mini-figures, but it’s surely a must because the four guys are awesome with lots of printed details and most of all, are versions that it’s not easy to find, I would even say that probably most of them are unique! 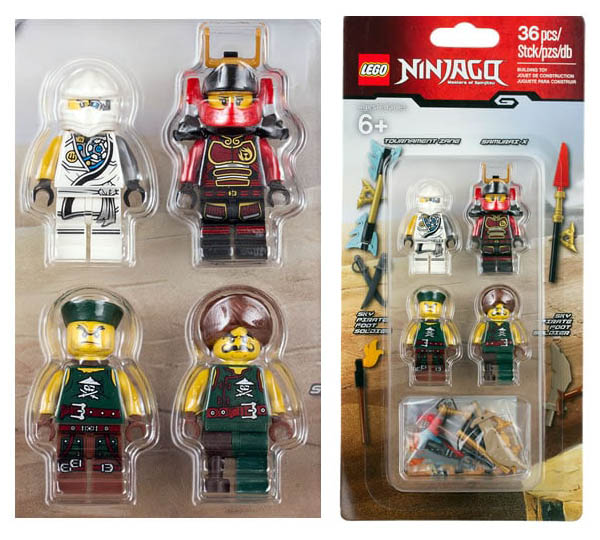 This new battle pack will be soon available on retail with a price around the fifteen dollars. Don’t miss it!