Pictures of two of the new Nexo Knights sets have finally been unveiled, during the first day of the 2015 New York Comic con event. The images show two awesome sets, Jestro’s Companions of Darkness (70316) and Fortrex (70317), two of the biggest that will make part of the set line.

Jestro’s Companions of Darkness has around five hundred pieces and shows a big steamroller with Jestro’s face at the front and two big red wheels that will smash any obstacle. Within, there are also lots of nice details and features including a couple of catapults and a treasure chest.

The main structure seems to be pulled by a big black mech through two big chains. Besides the red car, the set will also feature s smaller vehicle (is it a horse?) and five mini-figures (Lance, Jestro, a Monster and two fire creatures) with assorted weapons. 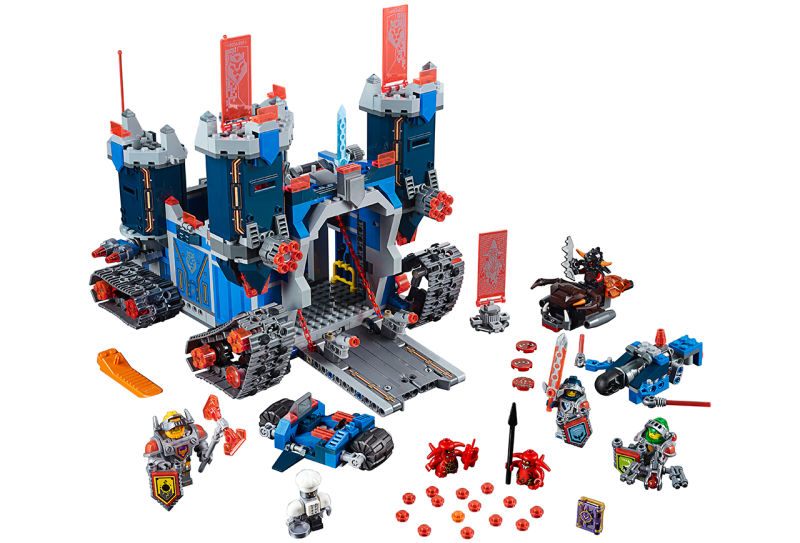 The second one, Fortrex, is a mobile castle built upon four gigantic caterpillars with three blue towers and an enormous drawbridge at the front. Among around a thousand pieces, it features also three small vehicles, seven mini-figures (Clay, Aaron, a Bull Knight, a couple of fire creatures and a Monster) with lots of assorted weapons and accessories. 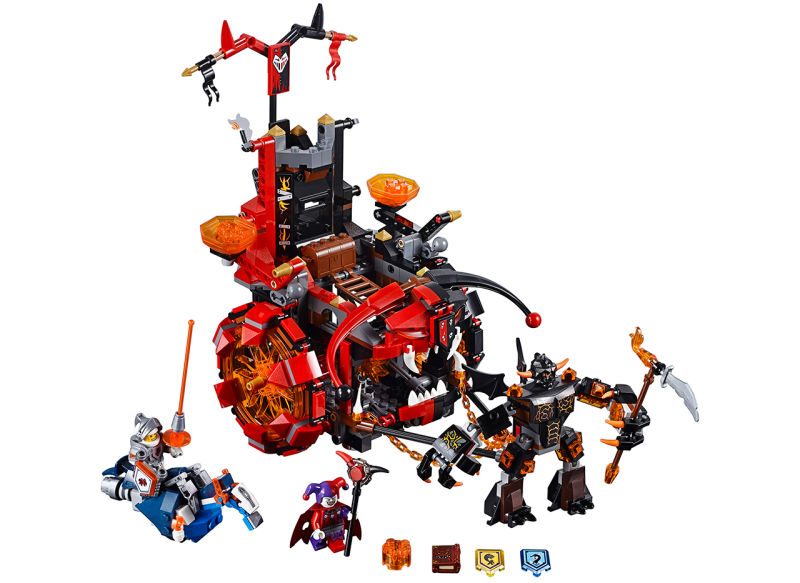 These two sets should retail around the fifty and hundred dollars respectively and just like the rest of the wave, will hit stores next January or perhaps a bit earlier.