An unwatermaked picture of the new Nexo Knights theme has been surfing in the internet in the past hours, giving a pretty nice idea of all the atmosphere that the fans can possibly expect about this new wave.

The image is a sort of poster that apparently has been discovered in the back of the latest Australian Lego Club magazine and shows lots of really nice details especially in terms of mini-figures. Vehicles or buildings aren’t so clear for now but at the back, it’s definitely possible to speculate a bit. 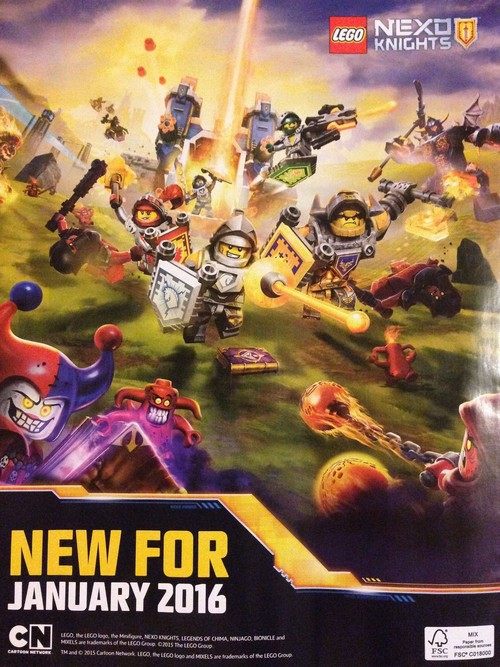 There are clearly the bad guys and the good guys, these are soldiers fully armed remembering the castle soldiers (the past rumors seemed to be right…) and the bad guys with sneaky faces that automatically makes me remind Joker and co. The theme will hit markets in the beginning of 2016 (perhaps a bit earlier) and the first wave will probably shows seven new sets. Remember the possible set list (the names might not be on their final version):