The Castle is, at the moment, the biggest set of the theme with almost one thousand pieces. It has, besides the enormous modular castle with three towers, a car with a rocket engine at the back, seven mini-figures which are according to wikia: the Lord Vampyre, the Vampyre Bride, two Bat Monsters, a Skeleton, Jack McHammer and Dr. Rodney Rathebone.

This modular building, no matter the hundred dollars, is a must for the monster fighters’ lovers. The base plates have an octagonal shape that allows choosing multiple configurations for the building. However every possible way will always have three towers with plenty of features and nice details. 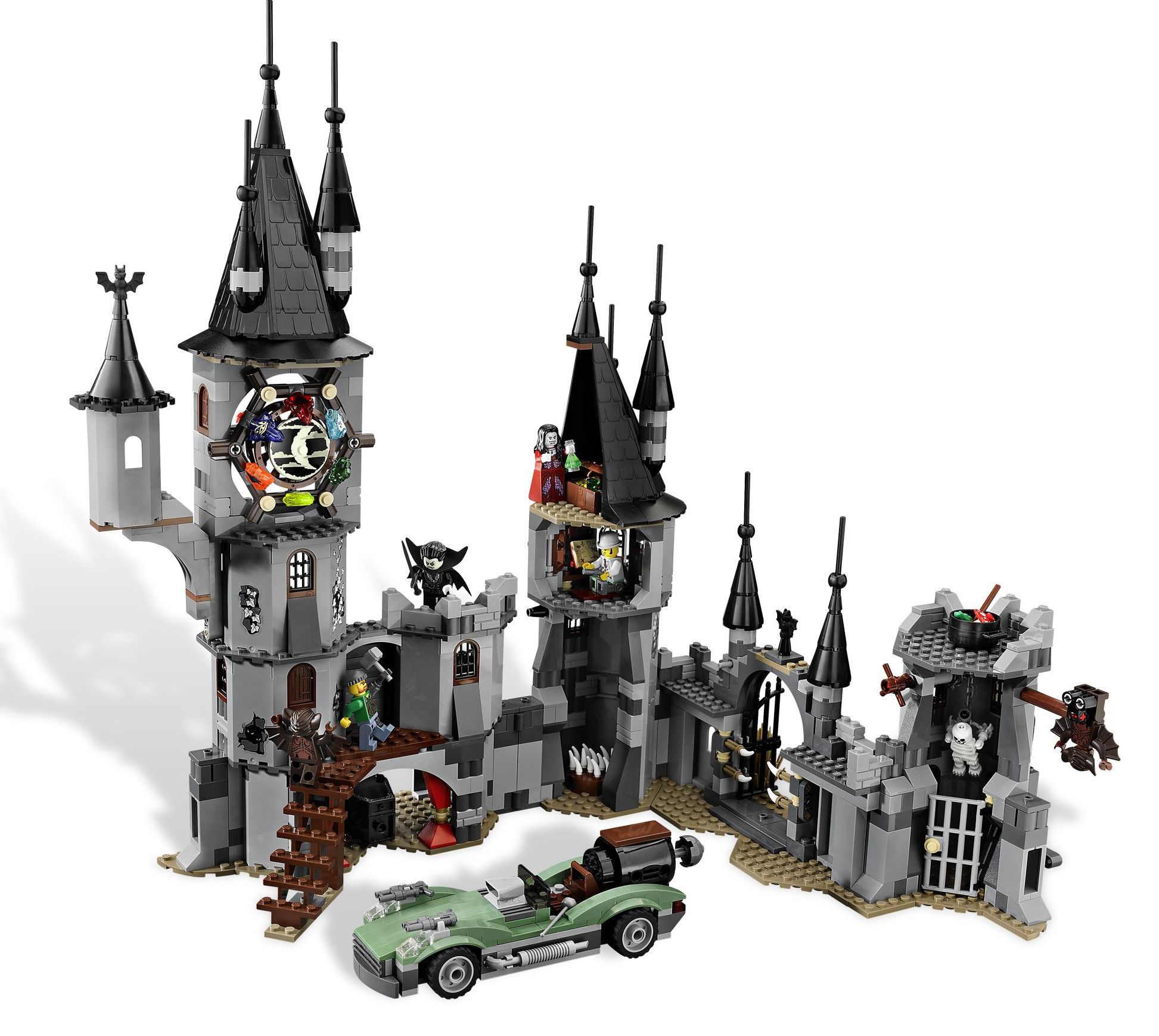 First of all, the castle, which is predominantly gray, has a enormous gate that easily opens but only for the outside, because inside there is not only a flat piece with a strategic dot, in the floor, but also because (this part, I am not sure if it is always possible…) there are several stakes just behind it. I must say that is quite impressive because it is involved by a nice arch. 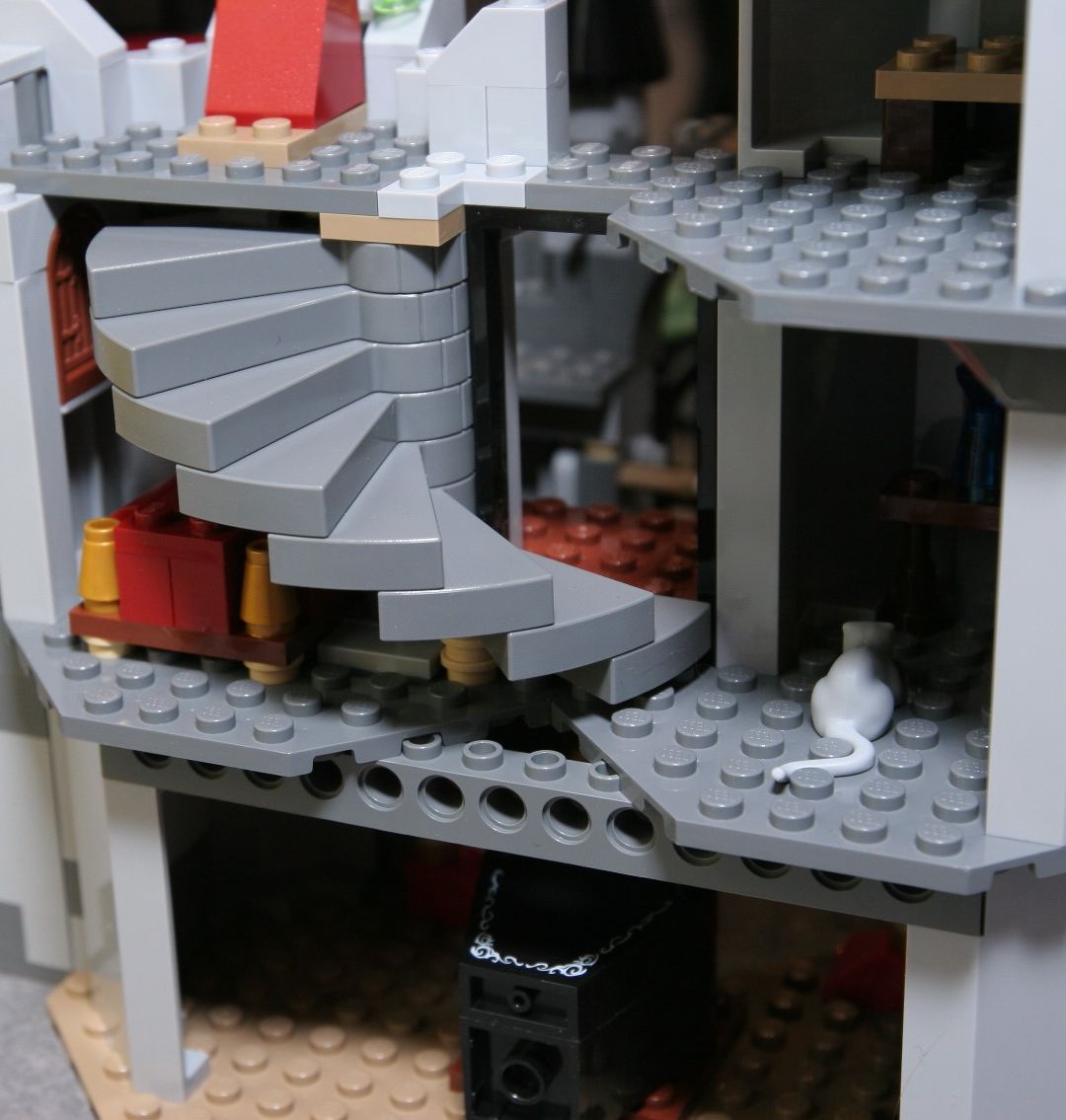 The smallest tower is basically a jail (or a torture room, if you prefer) because the damned prisoner can be suspended just until the ceiling through a winch. It has even a clever mechanism to raise the mini-figure. That was surely pretty well designed, this sadistic feature. Above, there is a small bulwark with a pot ready to make some magic potion and stuck in a side bar there is a unique mini-figure: a brown bat man. 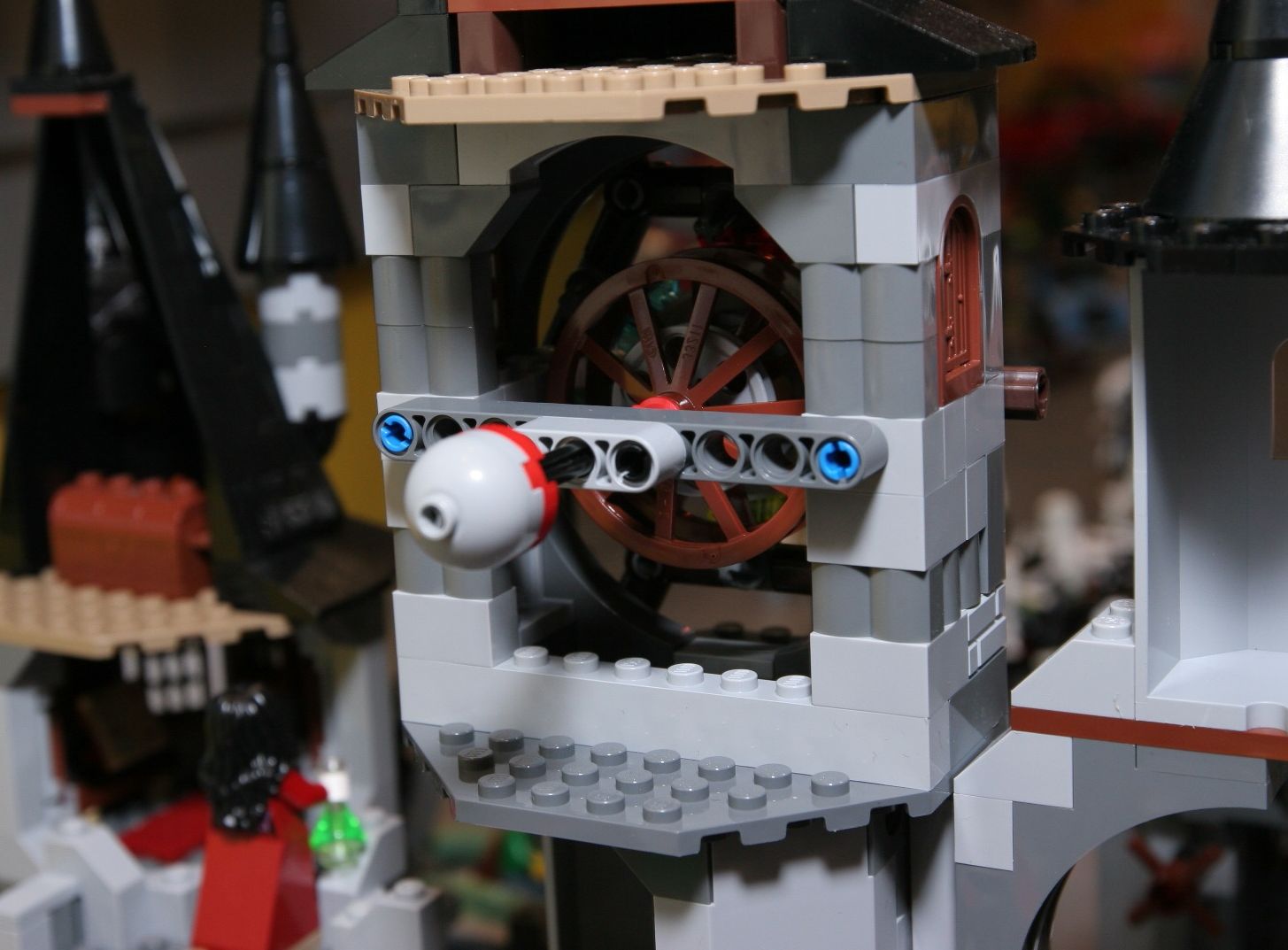 The middle tower, besides a big trap on the floor, has also a small room with a map for Doctor Rodney. Above this small room, in the top of the tower, there is an ark with plenty of colored pieces. On the other hand the taller module has four (!!!) different levels, one of them that has two rooms will be the base for the big tower. On its top it is placed a psychedelic structure with plenty of color pieces that surely give some light to the gray castle and best of all it turns the 360 degrees, because it has a clever mechanism, at the back, made with some simple technic pieces and a lever. 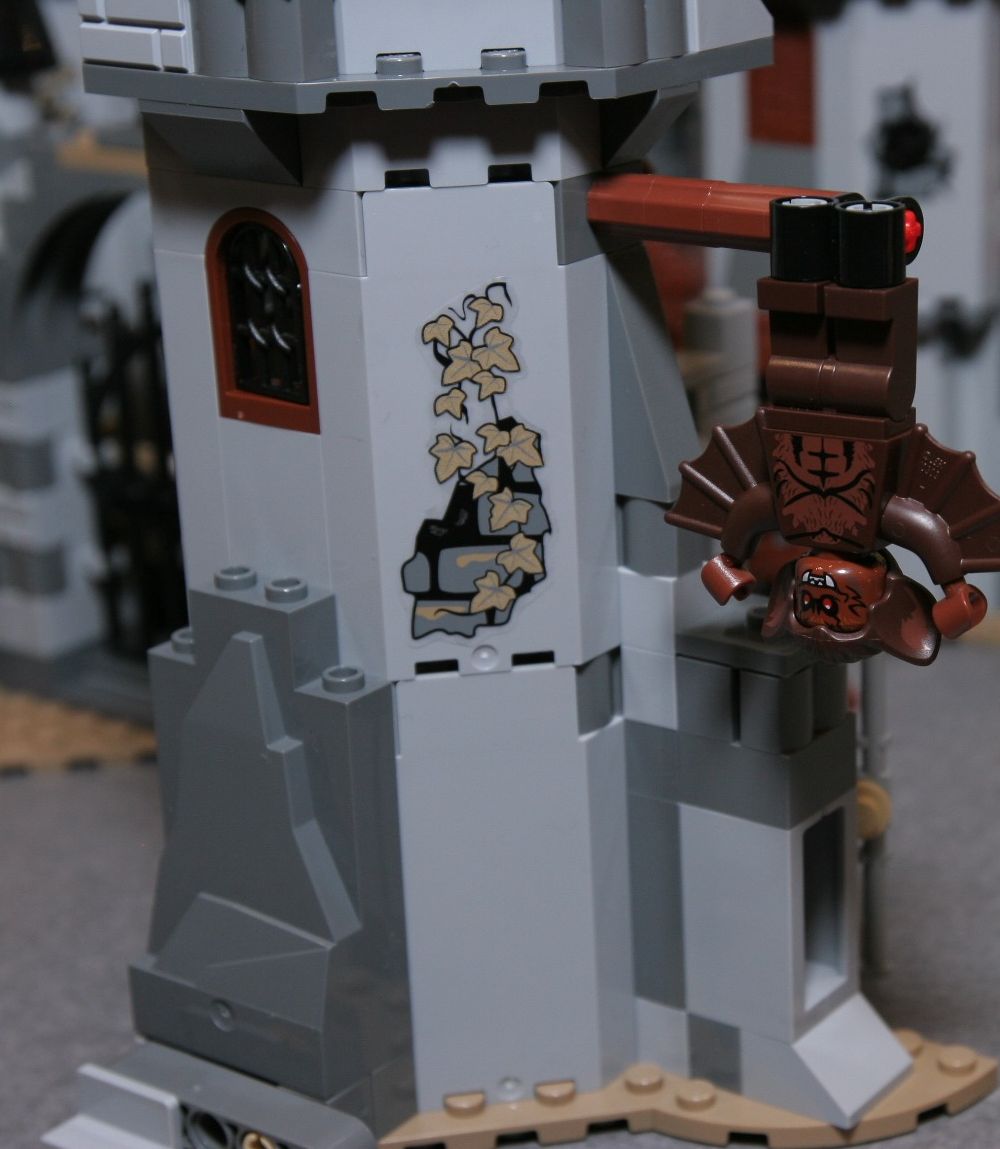 Talking about the car, it is quite well done. In my opinion there are also several aspect that could be adopted by the city vehicles. Did you imagine a sport car inspired in the one (ok, forget the back engine…)? The wheel arches are very long and the aerodynamic is surely very good (forget the engine, again…). If you integrate the car the theme’s atmosphere, there are surely many nice details: the curious engine, the two shotguns, over the hood, the car handling and much more.

Globally the set is very good. The technic pieces present in all the castle’s modules allow multiple combinations and the buildings details are endless. A final word for the mini-figures that are, definitely, a good addition to the collection. If the hundred dollars are confirmed in June, that will look like a fair price according to the thousand pieces present in the set. Please take, below,  a look at some additional photos: