The Zombies is another excellent Monster Fighters’ set that will be released next summer (it’s almost…). If you like the theme you will not miss the set, especially if you have the castle or even the ghost train. The set includes four mini-figures that are Jack McHammer, the main character and three Zombies that according to wikia are Bride, Driver and Groom.

If we look carefully at the figures, namely to their torsos and faces, they are quite different from the usual. The zombies’ faces are pale and bloody and their clothes are completely torn. Jack, no matter its aspect, is the only normal guy in the set (at last I see a figure with the prisoner’s hair). They are definitely a nice addition to the collection. 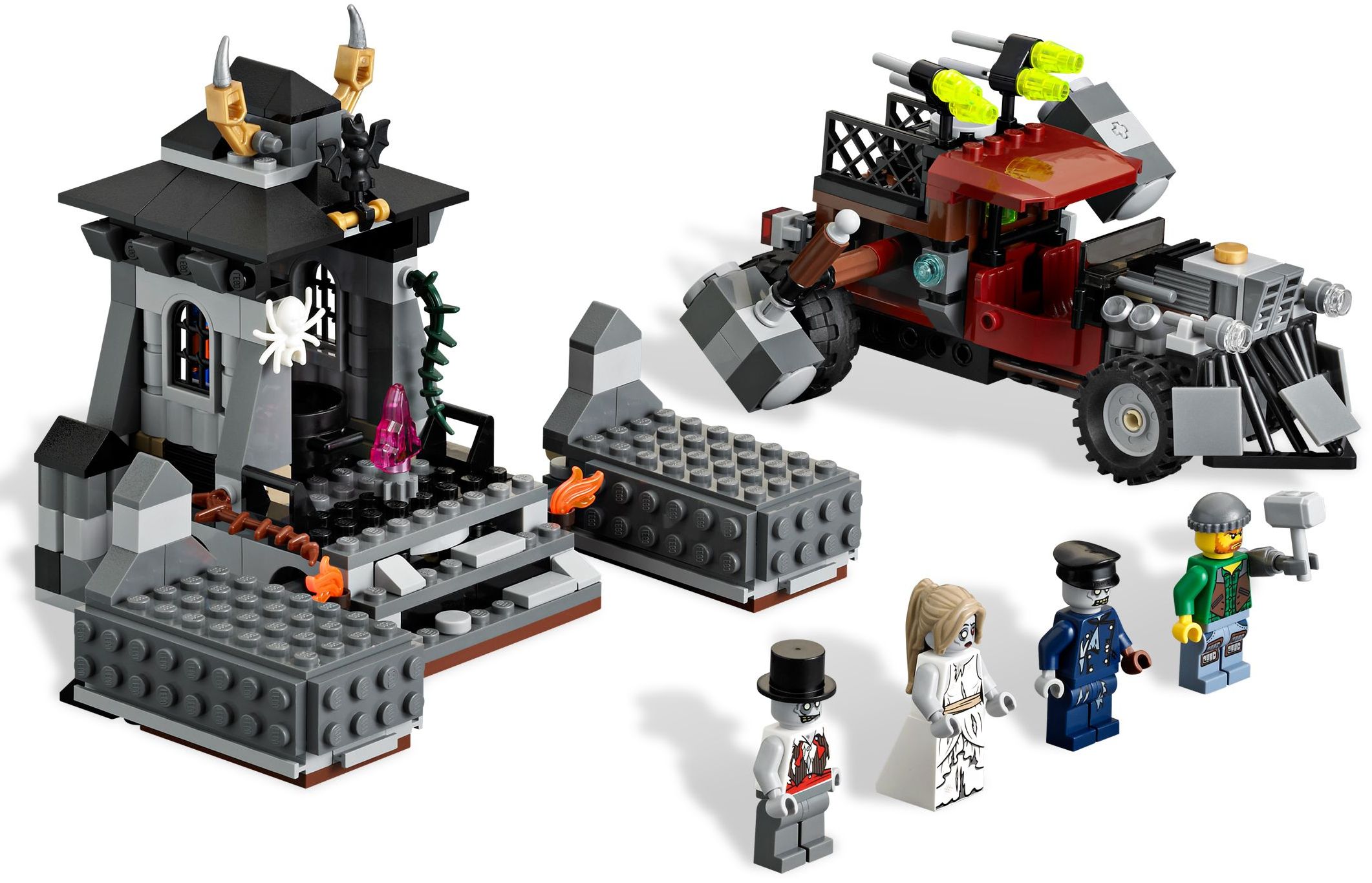 Besides the figures, the set has also a hunting car and a graveyard with two twin graves in the outside. Starting by the car, it is quite long with a grill, in the front, that looks like that has been stolen from a locomotive. The cab has no windshield but its red seats are quite unusual. At the back there is a small trunk made with two black pieces that are usually used in the city fences. 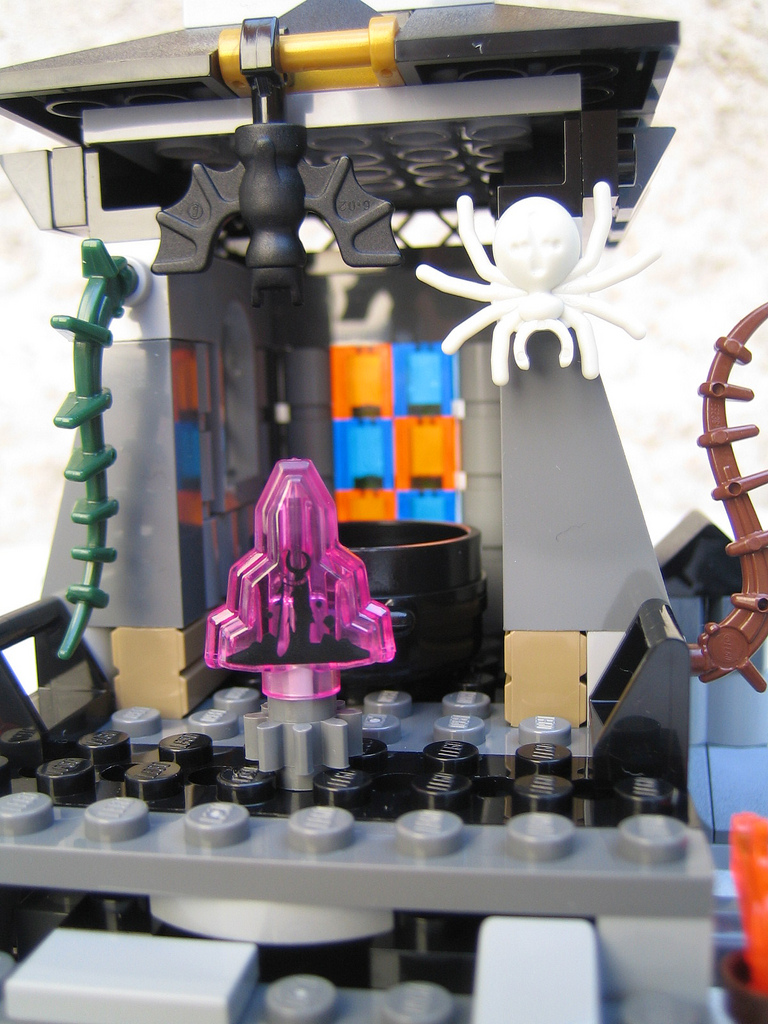 But the best part is the vehicle’s features. It has a side hammer with a mechanism that can strike or slam everything that is nearby. On the other hand, in the roof, there are four weapons ready to be launched every time we want, through a simple but effective mechanism. Globally the car is inspired in the theme, and its details are very nice, with relevance for the V6 engine. 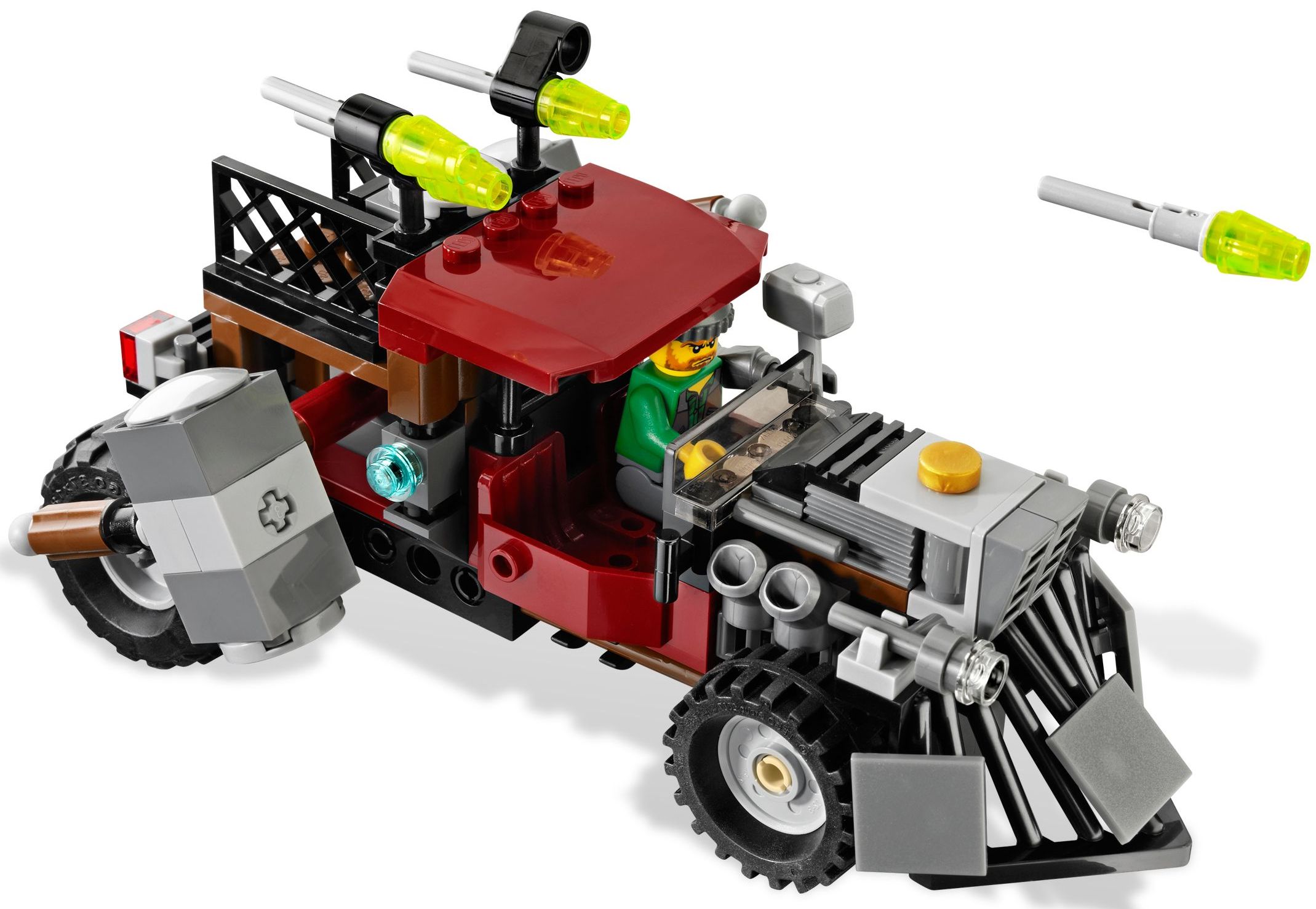 The tombs, at the graveyard’s entrance are similar, and through the rose piece placed just at the entrance, the lids simultaneously open and the zombies can attack Mc Hammer quietly. The central graveyard, which looks like a small tower, has two steps and inside there is a pot filled with moonstone, after all, the main objective of Jack Mack Hammer. Outside there are some nice details: a white spider, two scorpion tails and a black bat in the roof.

Overall, it is a nice acquisition to the theme and thirty five dollars look like a fair price.

One thought on “Lego Monster Fighters 9465 – The Zombies”