The Vampyre Hearse is a new set of Moster Fighters’ theme that will be released next summer, perhaps in June. The set contains more than three hundred pieces that includes the black hearse, a small motorcycle and three mini-figures: Lord Vampyre, The Zombie Driver and Dr. Rodney Rathebone.

The set recreates the scene where Dr. Rodney chases Lord Vampire that is trying to escape with the precious moonstone. And for that, they will use the hearse that is surely a vehicle typical of the theme, if we look at its details because it is quite different from everything. There is not (almost…) a single feature that we might say that came from another theme. 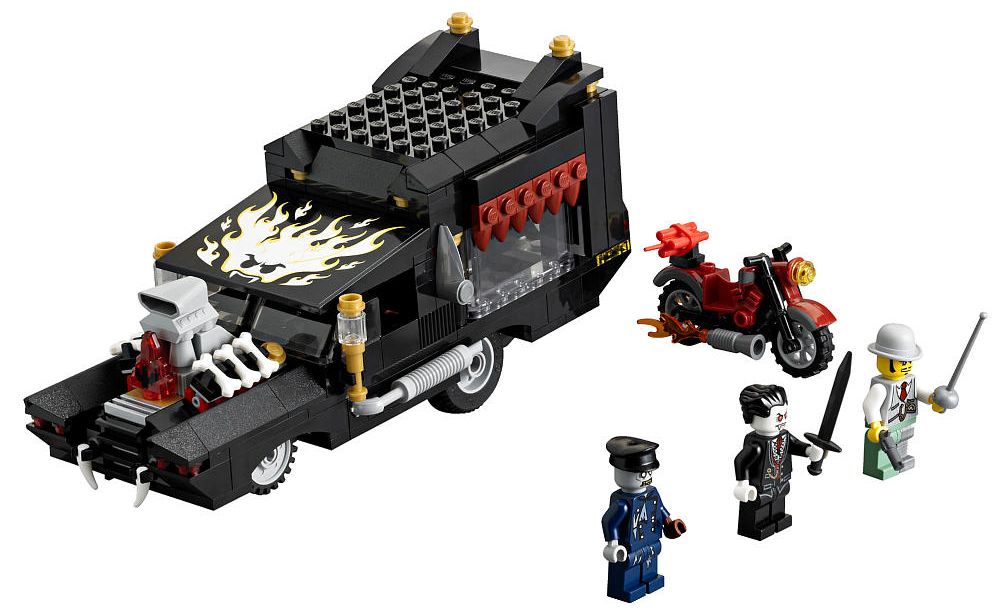 The car is reasonably long as well as wide (it is 8 dots wide). His hood, well, there isn’t properly a hood because the motor is gigantic. The V6 is huge and makes me remind Snot Rod from Lightning Mcqueen’s movie with that big air inlet. The cab has a double windshield that proves its width and the monster’s details are in great number: the flame in the front of the engine, the two side lamps, next to the cab, the enormous flame (I have the doubt if it is a printed piece or a sticker…) in the roof and for me the best of all, the six bones in the engine. 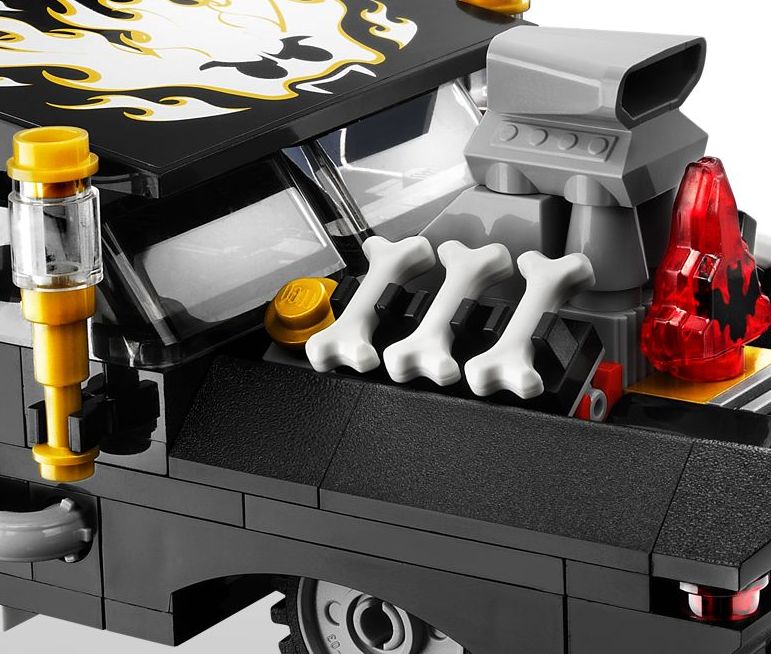 Behind the cab there is room for the coffin. There is glass everywhere, a tipper door at the back and two curious and, I guess unique, brown pieces that recreate two curtains, which is typical in these vehicles. Now comes the best part in terms of fun. There is a clever catapult mechanism, at the back, that raises the coffin and throws the Lord Vampyire through the air to scare Dr. Rathebone. 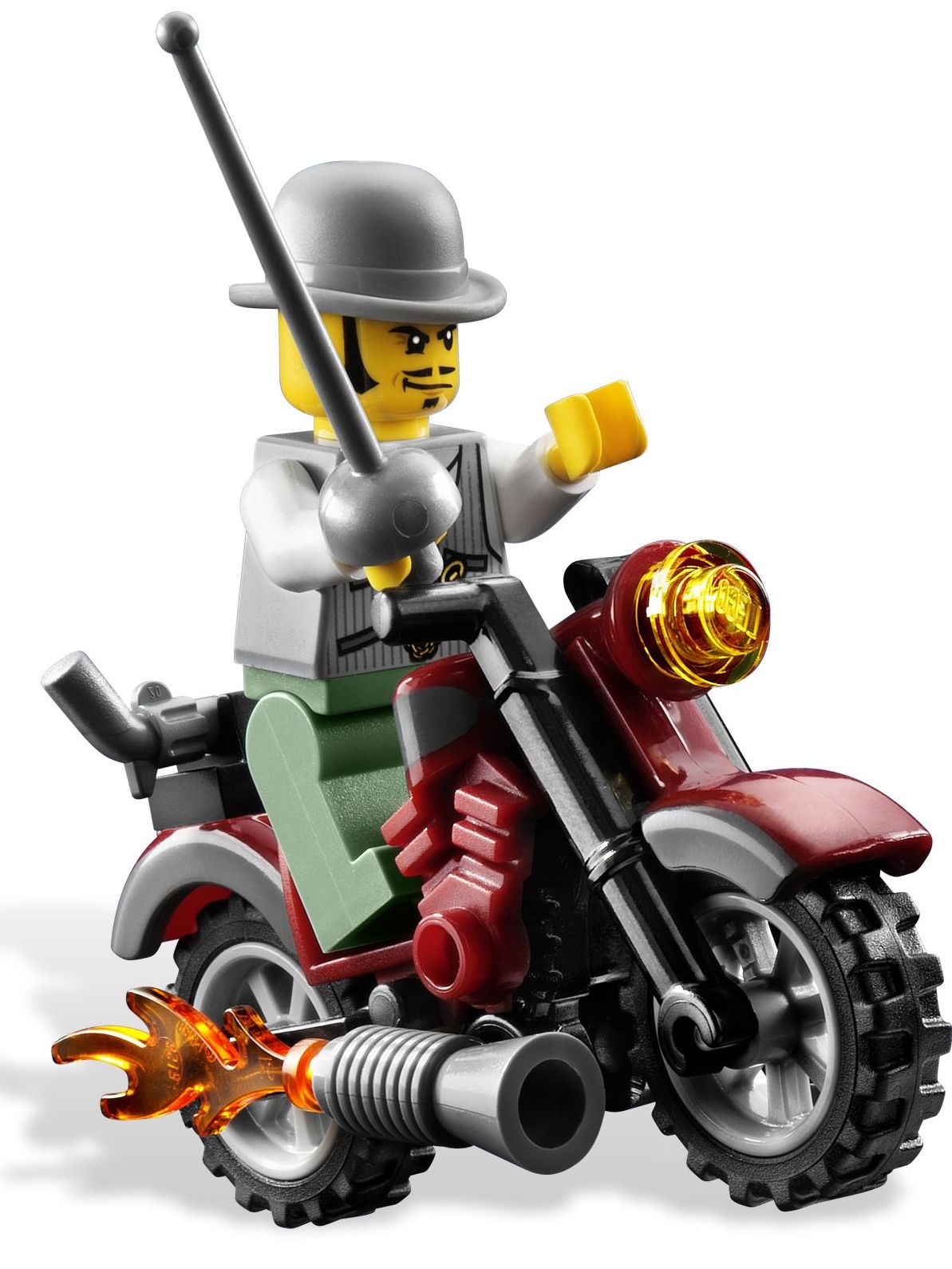 Talking about the mini-figures, they are quite unusual, specially the zombie and the vampire because all the parts are different: the face is pale, the torsos have different prints and of course their accessories follow the same directions, the sword is a must. Finally there is the small motorcycle for Rodney’s last try to get the moonstone.

It is rather small but looks like very powerful, according to the flames that came from the exhaustion pipes- It is very simple and easy to build and it is slightly different from the usual city motos. Globally it is a very nice set and will be available on stores for a price around thirty dollars.