Surfing in the net, I’ve found this nice city. It has, not only a very long avenue but near by there is also a nice racing track with all the associated structures. The pictures are not perfect but through them I wonder how much money is there invested. I know that are much bigger creations than this one but honestly I give my congratulations to its creator.

The cosmopolitan part is a long avenue with lots of interesting and expensive buildings (it is easily recognizable some nice building sets such as the Pet Shop (10218) or the Cafe Corner (10182), among others, for instance. The long avenue has a great advantage for me, towards a square disposition. It increases the playability and the access to the entire city. 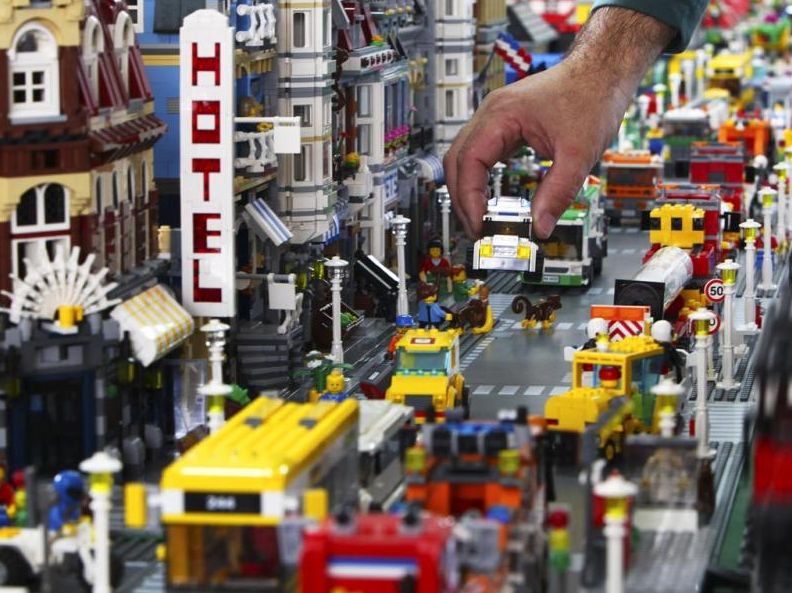 In the square town, the central buildings would surely be inaccessible. On the other hand, the road vehicles are also mostly known. The 7641 Bus, the new 4432, garbage truck, the wind turbine transport with its long trailer (7747) are also same of the most usual vehicles released on the last years. The details are endless and obviously it is impossible to enumerate all but I especially like the sensation of movement and confusion that it can be observed for instance in this picture. 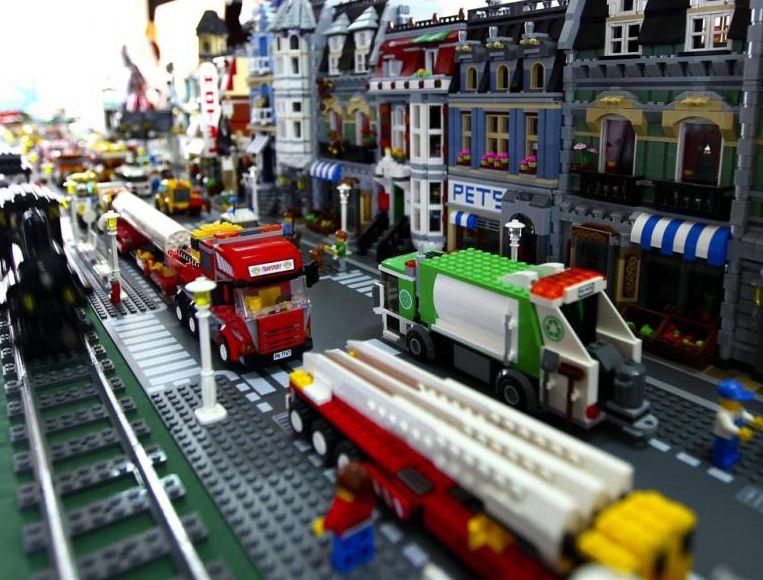 The autodrome is obviously one major attraction and you don’t have to pay too much attention to find many nice features and interesting details. First of all, I don’t even want to imagine what is the cost of building this big structure and everything that is around: the rod plates, the paddock, the racing cars, the big white statue, the benches and everything that is near by (there is a police “army” next to it. 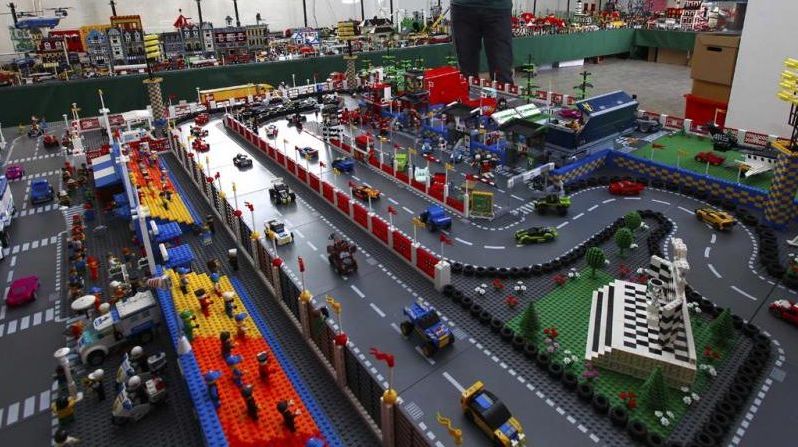 Inside, we can find mate and Lightning Mcqueen among other Racers and almost instantly many nice details can be listed: the endless tire barrier in one of the corners, the colored bench, the protection grids all around the track, the garden inside the track with the big statue, the entry gates, in the middle of the benches, with a big queue outside, etc, etc. Globally everything is thought at the detail.

The trains were not forgotten and we can see a nice railway, parallel to the street. There is a nice terminal station that even has a crane for the goods’ carriages as well as some known trains such as the 7897, passenger train. There also some MOC which are excellent (at least I don’t know them.). I regret only the fact that the pictures don’t show all parts of the city because it is definitely a huge work. Honestly my sincere congratulations to its creators.

One thought on “Lego MOC City”