Last January on Nuremberg Toy Fair, it was announced that there will be a series of collectable mini-figures, based on the Football German Team, however at the time, there were no kind of word or rumor about the players that would make part of the Collection.

Gladly, zusammengebaut.com has announced that there will be a small press conference, next April 12th, about all the details, including the name of the sixteen German players that will make part of the series and presumably will be on the Euro 2016 championship. 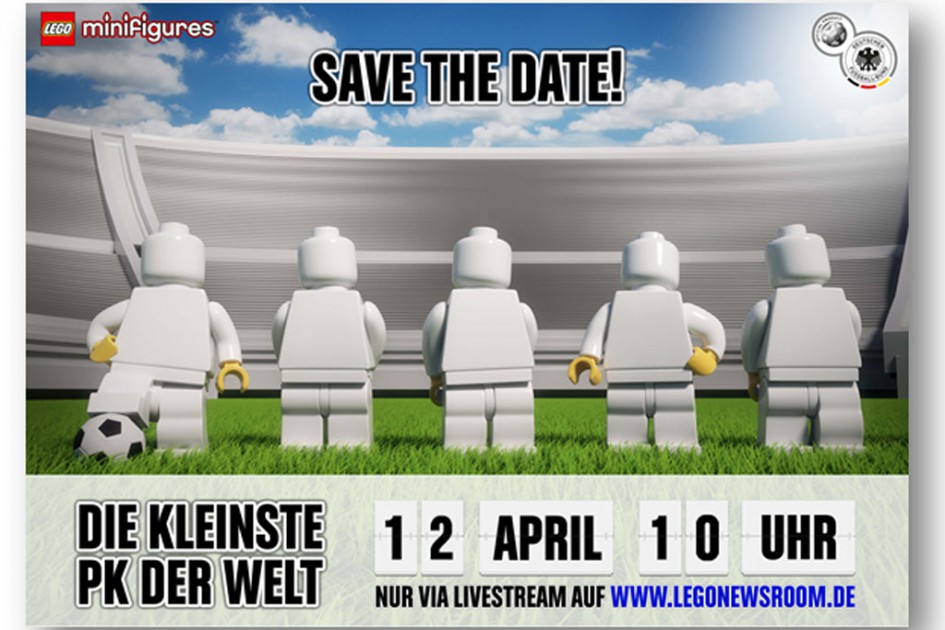 The Series, that almost for sure will contain Neuer, Ozil, Toni Kroos, Lahm and a few others, will be available only in Germany so if you want these guys you would better have a close look on secondary markers after June!