Impressive! The series 9 of Lego mini-figures isn’t even yet in the market and there are already rumors, names and pictures of how is going to be the tenth series. If the list that appeared on Eurobricks is correct there will surely be new great characters. Probably packaged in the gold polybags, .

Below and here, you can see some available preview images which obviously might not correspond to the final version of the figures. However in the list below I got pretty curious about some of them, namely the Roman Soldier, the Toy Soldier and the Skydiver.

It’s been a while since the first news of the series 10 of mini-figures. About three months later, we can have a final look about how the new mini-figures will be. I remember that this new series will have a new feature, the golden mini-figure which will be a sort of limited edition that will be inserted randomly only in five thousand boxes around the world.

Saying it on other words it will be almost impossible to get it on stores! But who cares, there are other sixteen amazing guys to collect and I must say that everyone of them are simply perfect, which makes this series perhaps, the best that Lego has ever launched!

The new golden polybags will be on stores next may (and not in the end of the year as I previous said) and will have a retail price to the others, around the two dollars.Meanwhile enjoy the new seventeen guys. 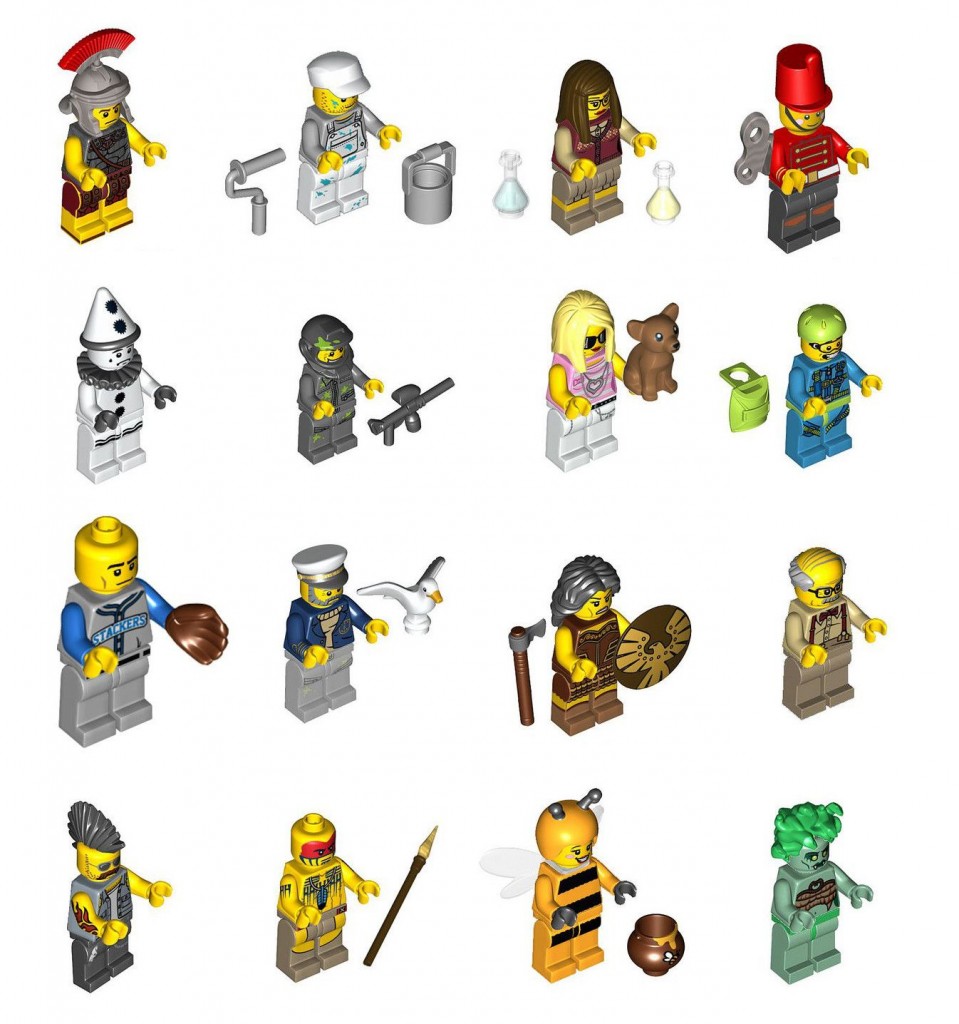