The official images of two new Minecraft sets, 211113 – The Cave and 21114 – The Farm, have been posted on Hamleys , showing with better resolution what’s coming up later this year in terms of these two sets.

Personally I’m not a big fan of this theme, but they surely seem very close to the computer graphics which is absolutely a good shortcut to its success. The playability is almost none, the gap towards the stardard sets, in terms of concept is enormous but I think that the real fans aren’t worried with it.

Have a close look at the pictures as well as a short description: 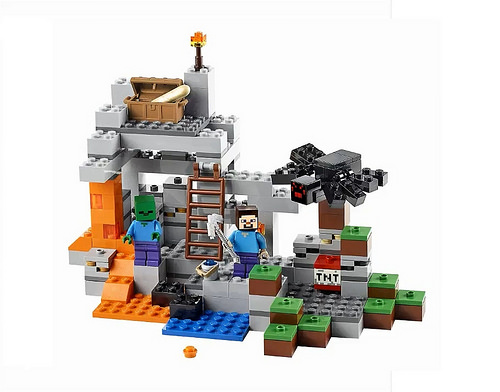 Venture into The Cave on a dangerous quest for vital resources! Wield the iron pickaxe to dig and battle against hostile zombie and spider mobs. Blast out valuable ores and minerals with the TNT and combine the flowing water and lava to create precious obsidian! When you’re done battling and mining, restore your energy levels with the chest of bread. Proceed with caution! Rebuild the set for more LEGO Minecraft creations! Includes 2 minifigures with assorted accessories: Steve and a zombie, plus a spider 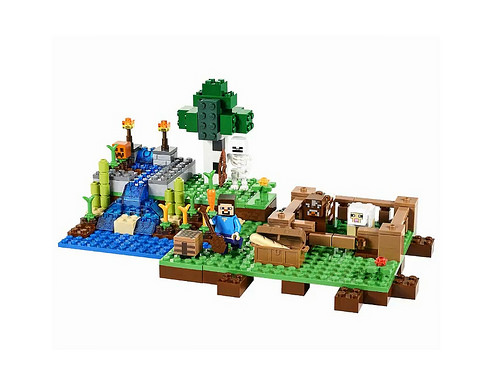 Yield renewable resources with The Farm! You’ll need food to survive, so fence in the livestock and channel the flowing water to nurture the crops. Harvest pumpkins, wheat, sugar cane and carrots. Use the crafting table to create a pumpkin helmet or jack-o-lantern. But watch out for the skeleton with his bow and arrow after nightfall! Rebuild the set for more LEGO Minecraft creations or combine with 21115 The First Night and other sets in the series for an even bigger Minecraft adventure! Includes a Steve mini-figure with an accessory, plus a skeleton, cow and a sheep.