A couple of 2018 sets from Marvel Super Heroes Black Panther have just been unveiled, showing two completely different concepts. The first one, the Rhino Face-Off by the Mine features a big rhino and a black cart in a small rail track with transparent blue pieces. The mini-figures at the first glance look simply amazing.

The second one, the Royal Talon Fighter Attack, is slightly bigger and it’s basically a black aircraft with plenty of shooters and four figures. The sets together with the rest of the wave, will hit shelves in the beginning of the year.

Have a look at the set box pictures! 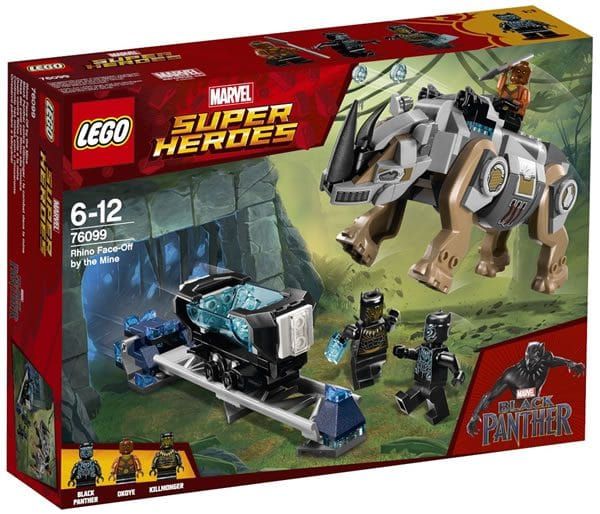 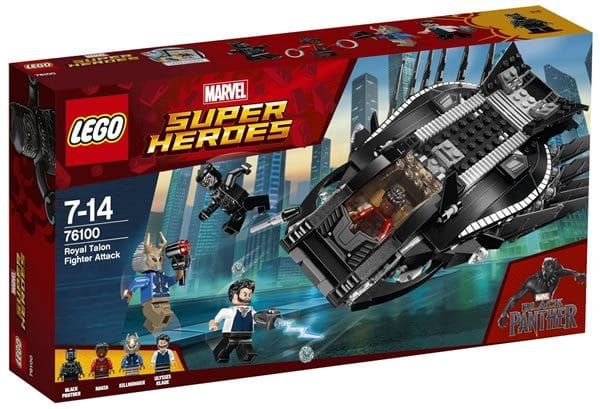