The Battle of Helm’s Deep is perhaps the biggest Lord of The Ring’s set released this year. It will be available on stores next summer (maybe June) and it has almost one thousand and four hundred pieces, 8 mini-figures!! and plenty of accessories. The expected retail price will be around 130 dollars.

The mini-figures available are Gimli, Aragorn, Haldir, Theoden, three Uruk.-has and a Berserker Uruk-Hai. The Fortress is very big, with the predominance of gray pieces and the central part has an impressive wood gate with a bridge at the entrance. There are several gunwales where several soldiers can take place to fight the Uruk-Hais. 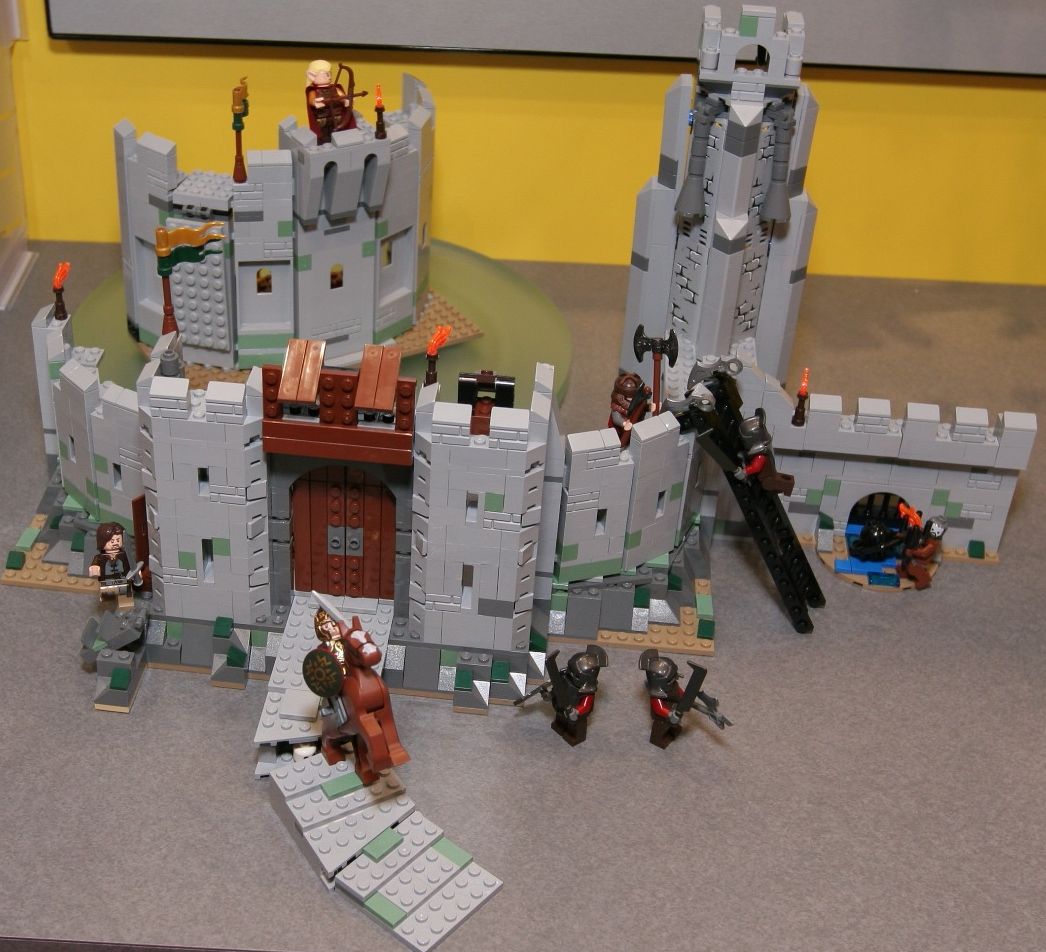 The Uruk-Hais besides several weapons such as waxes and swords have also the black big stairs to assault the fortress. On the other side, King Theoden has a nice and beautiful horse (apparently is a usual animal, common in other Lego Sets). But Weapons and war accessories are what there are most in this set: axes, swords, hammers, bows and arrows and much more are present in helm’s deep battle. 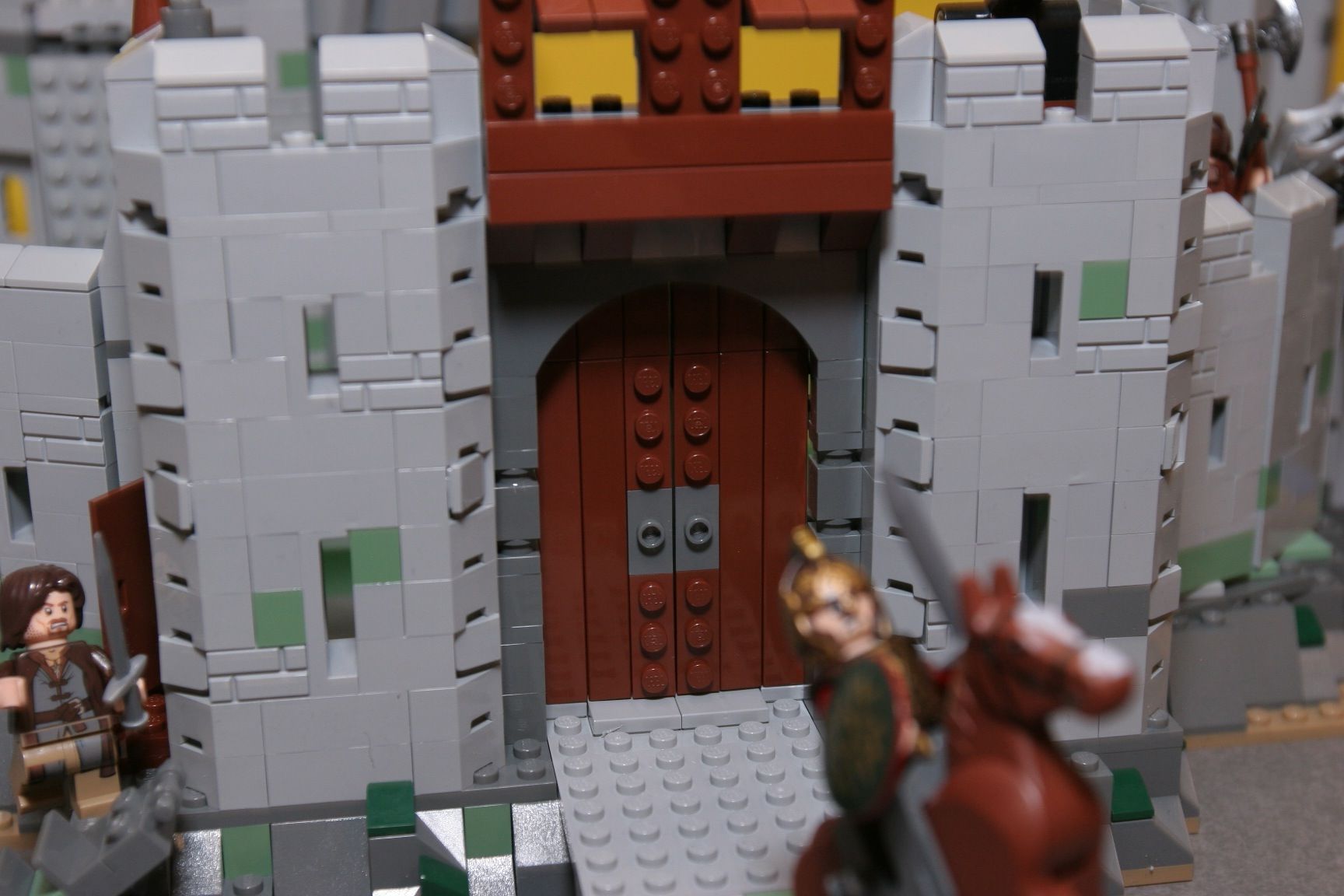 All the mini-figures are a nice addition to any collection. They are very well designed with plenty of details of the original characters. The king’s suit, including the helmet, Haldir’s costume, and the Gimli beards are some of the characteristics that can be found in this figures’ set. 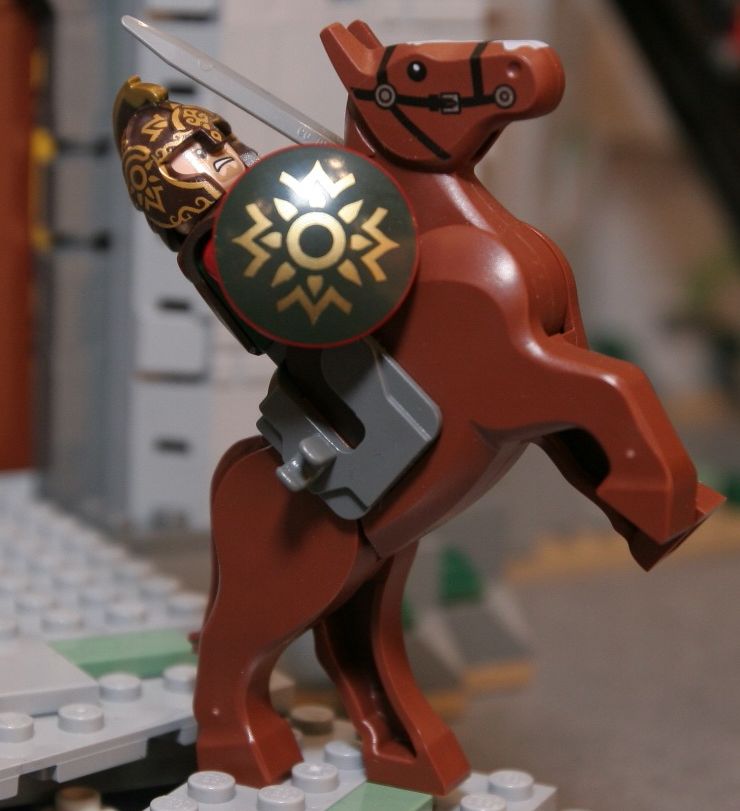 Inside the fortress there is more. The tall tower on one side and behind the gates, there is the king’s room. Inside it, we can find many accessories; the royal’s chair, a table with two seats, a couple of glasses and some food, two swords and even a cat. Above all, there are the gunwales to fight the enemy. 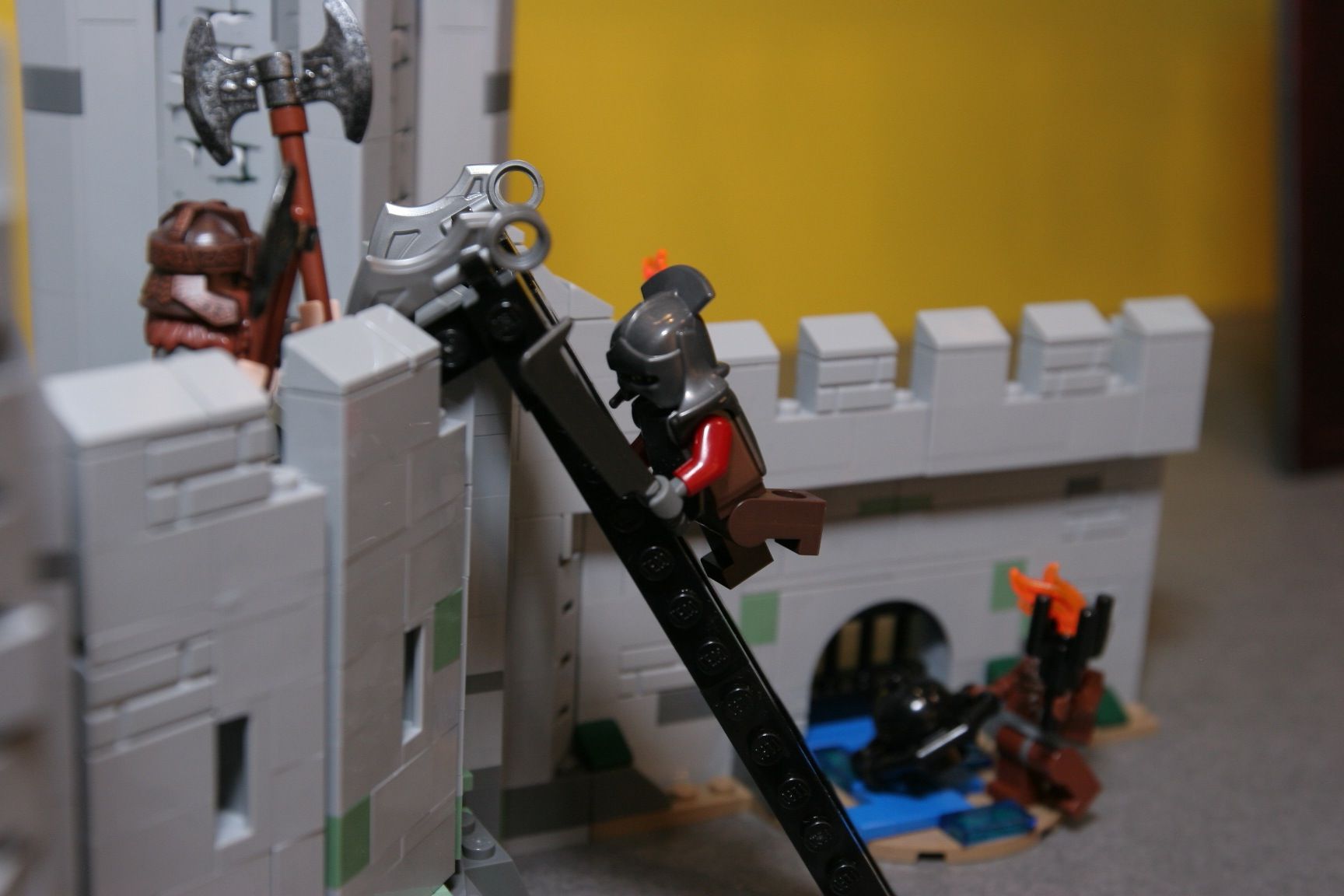 Globally, if you like Lord of the rings you will surely not miss the set. It is challenging to build it, it has plenty of playability, especially in conjunction with other sets and the final result is very good. The only con: 130 dollars are hard to spend!