By this time of the year almost every themes have rumors and confirmations about their new sets and the hobbit is no exception. Recently, the first shots appeared on the web, condensed on a big poster, showing some reasonable previews of what is coming up next.  Through them, six sets can be easily viewed.

Riddles for the ring is a ten dollars set with two mini-figures (Bilbo baggins and Gollum), a boat and a cave, the attack of the Wags is rather bigger and it will have five mini-figures, two animals and the core of the set will be a big tree. The unexpected gathering is the only one that has been revealed a couple of months ago and it’s basically a hobbit’s house with that nice little and round door. 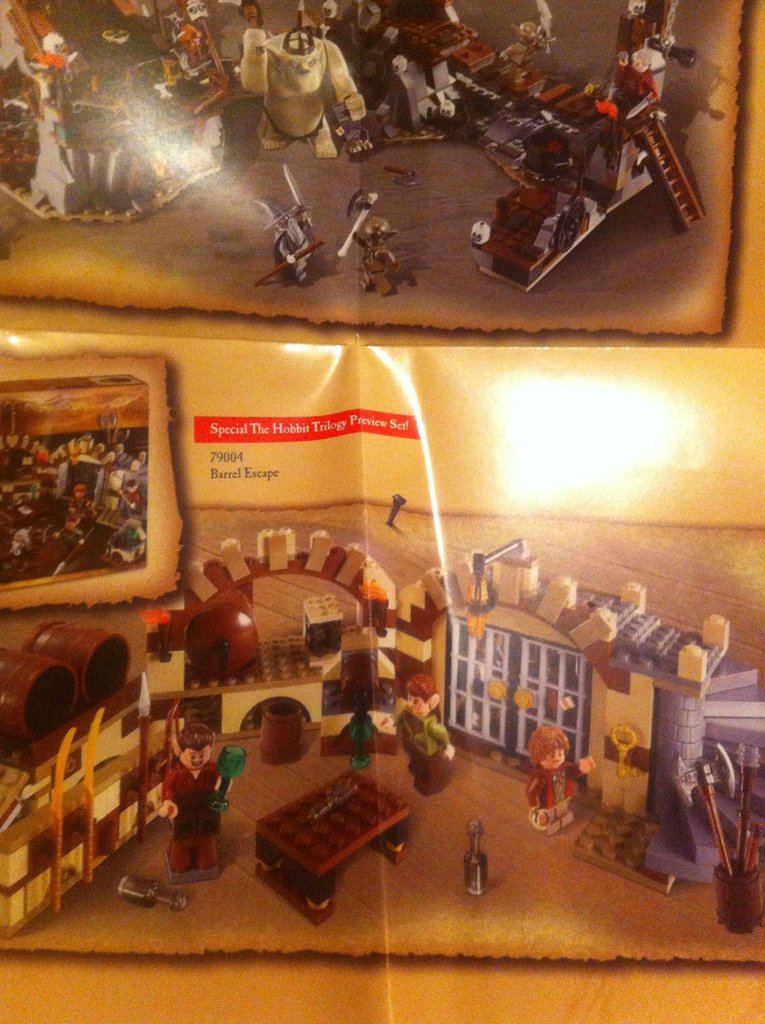 The Barrel’s Escape has a couple of jails and a guard’s room with a table and some accessories such as food or drink. I would say that the room is much cozier – I especially enjoy the wall with arches on top- here than in the movie, despite the bunch of weapons that this set has. Four mini-figures are expected for this one.

The Goblin King Battle, will definitely be the biggest one of them. The scenario of battle is rather well represented with lots of weapons, orcs (at least five mini-figures are confirmed) and even a troll over two nice distinct buildings. Finally, the Escape From Mirkwood Spiders that keeps the good tendency of having a good quantity of mini-figures in all the sets. 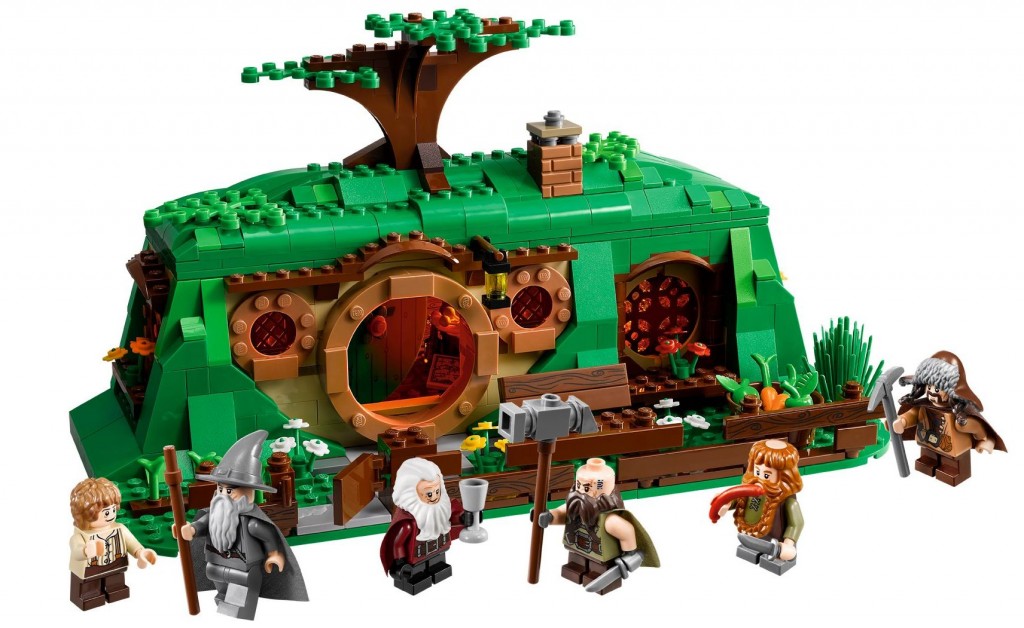 It will have four, two gigantic spiders, a lot of weapons, two web traps and two sorts of dead trees. By the pictures, I especially enjoyed the three skeleton faces and the tree, perhaps four little white and brown spiders. Below you can see a detailed list of the sets as well as the available pictures at the moment, which include the art boxes: