The Mines of Moria is a new 2012 set that intends to recreate the journey where the fellowship took the way of the mines after suffering with Saruman’s storms. This set has nine!!! mini-figures which are definitely an added value of the set. They are: Pippin, Legolas, Gimli, Boromir (the four members of the fellowship), the big troll, two skeletons and two Moria Orcs. This is definitely an unusual number of figures in a set.

Besides that, in a total of almost eight hundred pieces, where the gray prevails, there are plenty of features and nice details. A big troll cave with a enormous gate, the mine’s entrance, some big and impressive pillars and two tombs give a nice environment to the scene and provide a nice playability to the set. 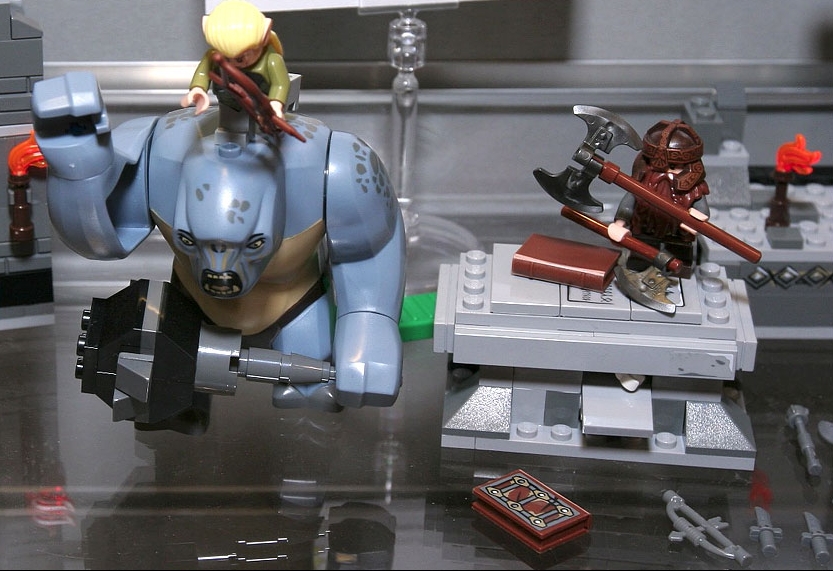 Those parts mentioned above are all separable and there are some hidden things. There is a small treasure below the entrance, the skelecton popup’s and almost jumps out of the tomb, and the pillars have a nice mechanism that let them fall (well the right word is projected). Gimli will also have to be careful because of the other popup cover. 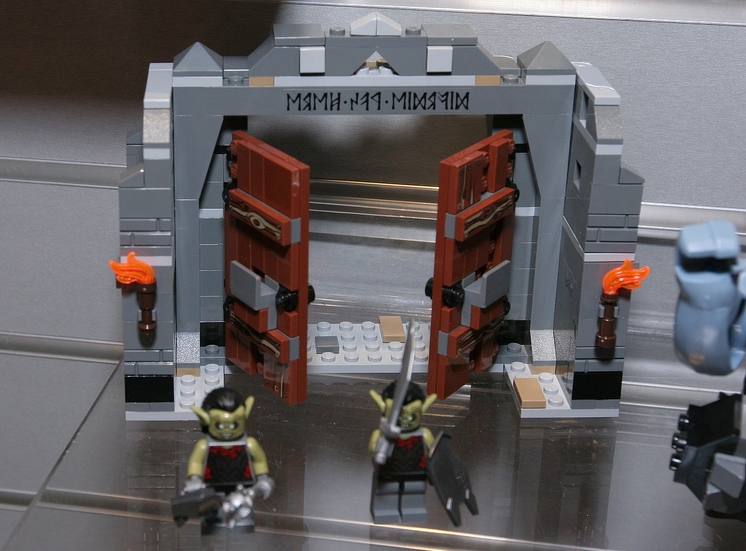 In terms of building, apparently it will not be one of the easiest because there are many technique pieces, popup mechanisms and generically all the parts have many design details. 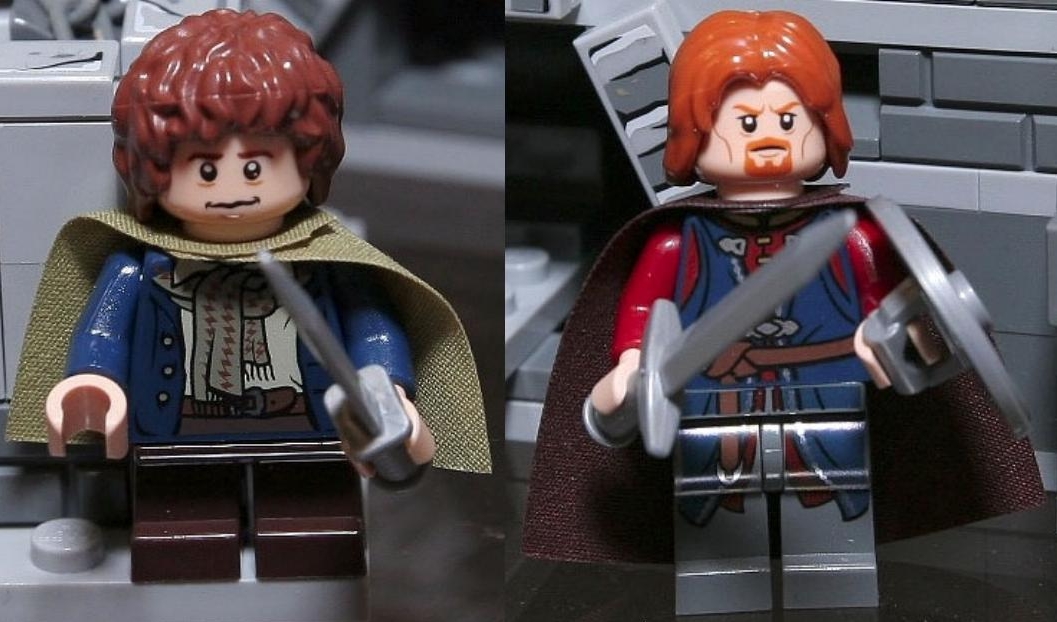 The cave has many details, its gate is well recreated with wood and iron and some pieces look printed instead of having stickers. In terms of accessories there are weapons for every kind of taste: shields, swords, an elf Bow, axe heads, a spear and even a highlander sword. 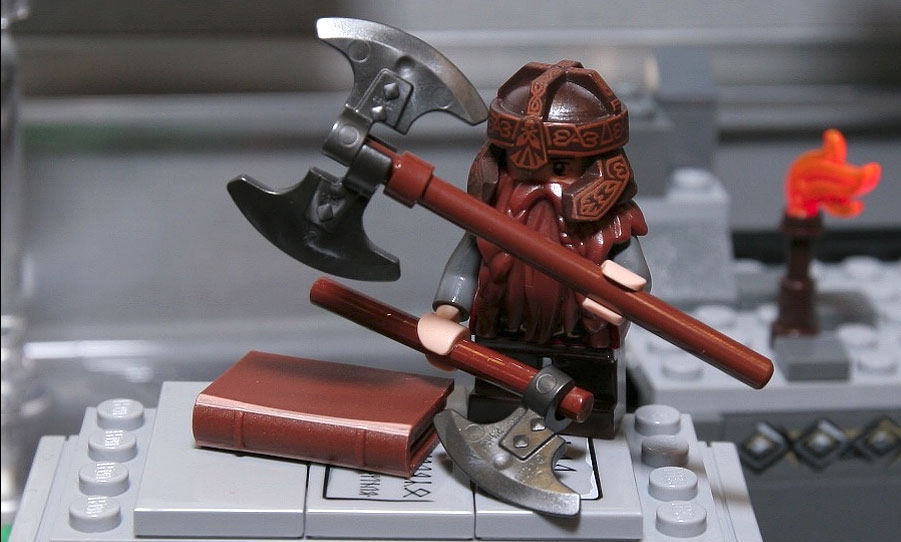 The Mine itself has some rocky details that are provoked by many small and different gray pieces and below it there’s a hidden arch with some treasure small and detailed pieces. 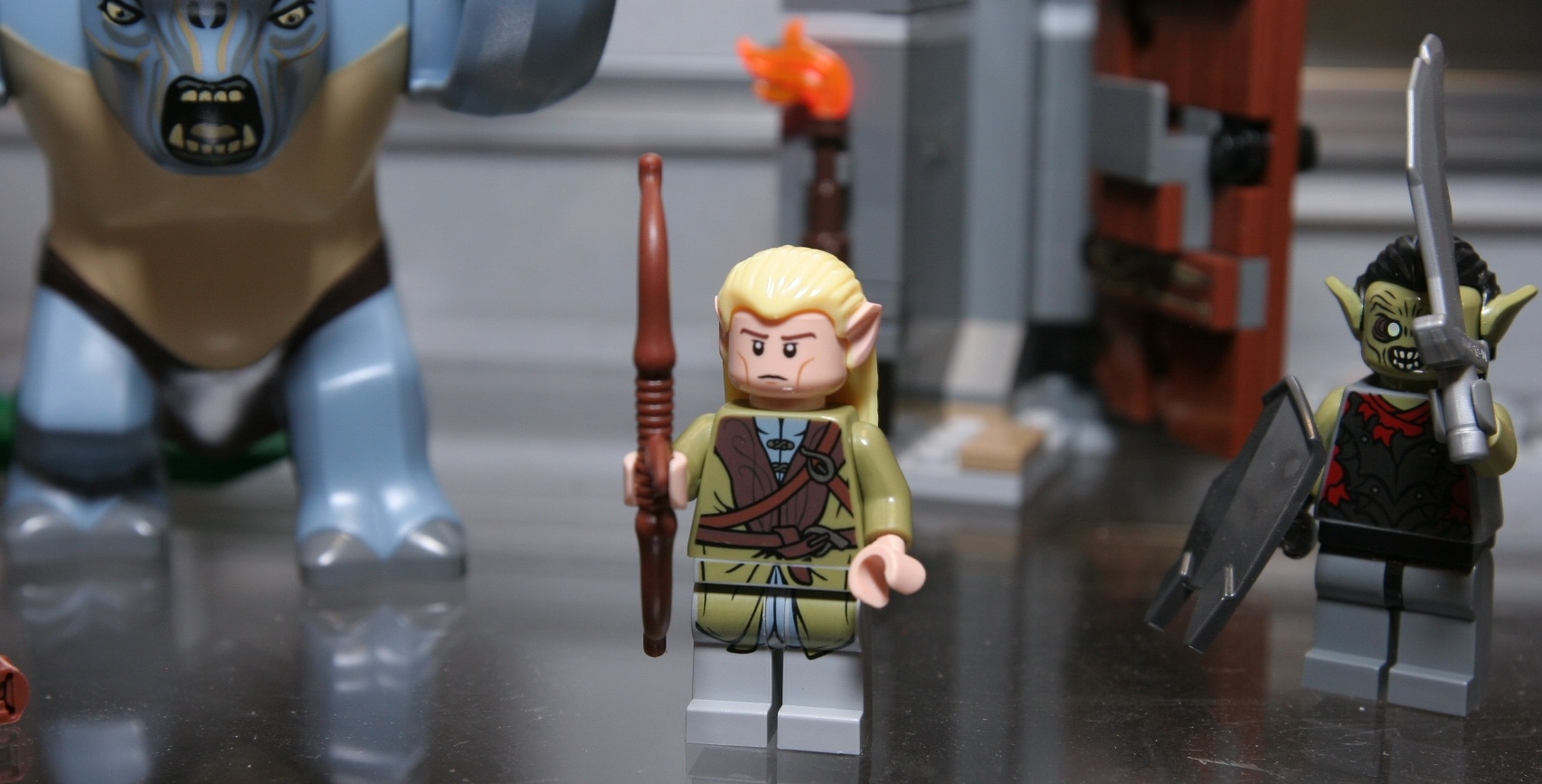 If you like LOTR you will surely not want to miss the set which will be available next June. Please take a look at some extra photos, below: