The Attack on Weathertop is a LOTR set that will be released next summer. It will have more than four hundred pieces and five mini-figures: Aragon, Frodo, Merry and two Ringwraith. This set intends to recreate the moment where Frodo and his friends camp at Weathertop and suddenly are attacked by the black riders.

The mini-figures, not only in this set but in the all theme, are very well detailed in terms of design and they will be surely a nice addition to any collection. Besides those, the set has also two black horses which are a complete rarity as well as plenty of accessories and weapons. 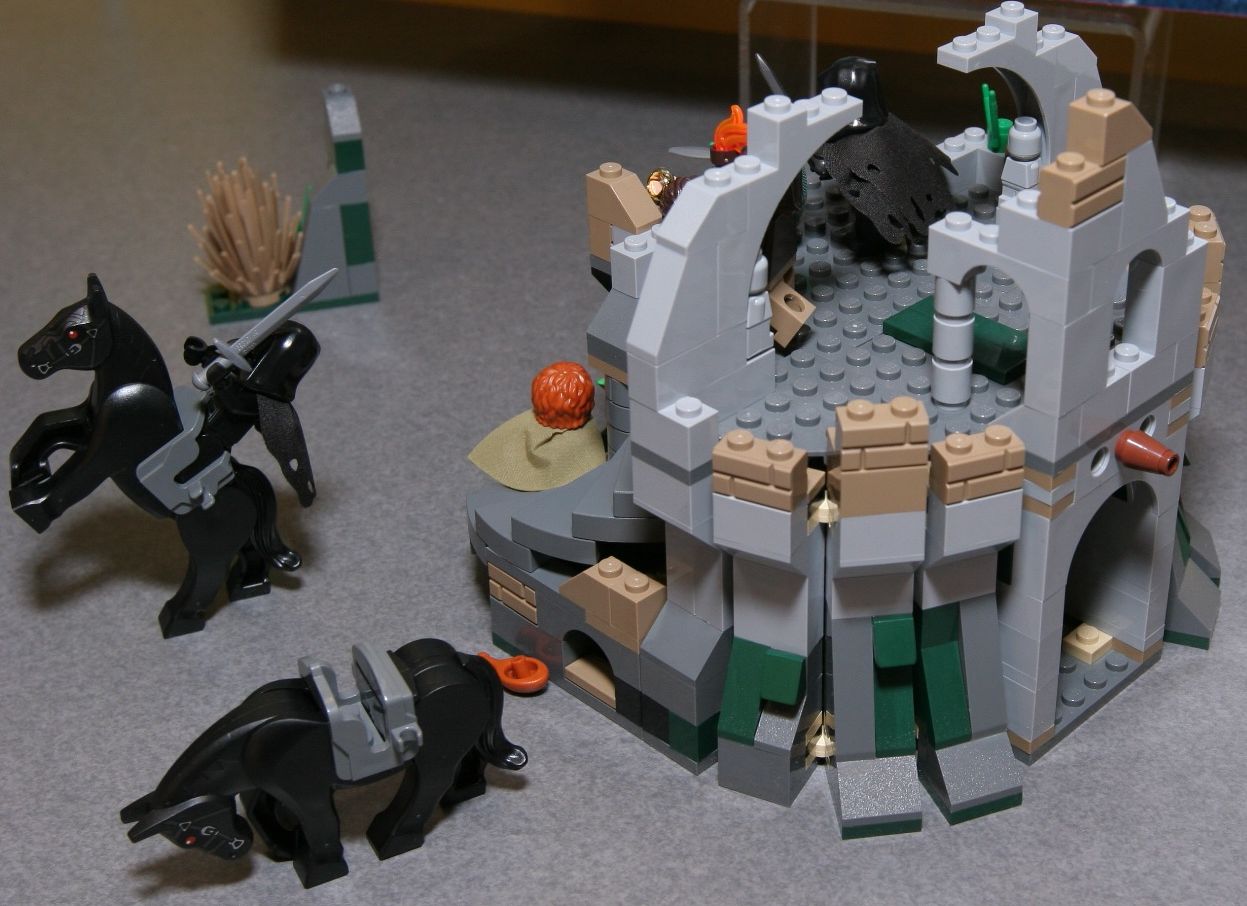 The Weathertop Watchtower has two floors, like in the movie, with circular staircases. It has a cold look, with plenty of gray and brown pieces (an usual light brown, this time) and the structure opens easily through a couple of technical pieces which increases the playability of the set. 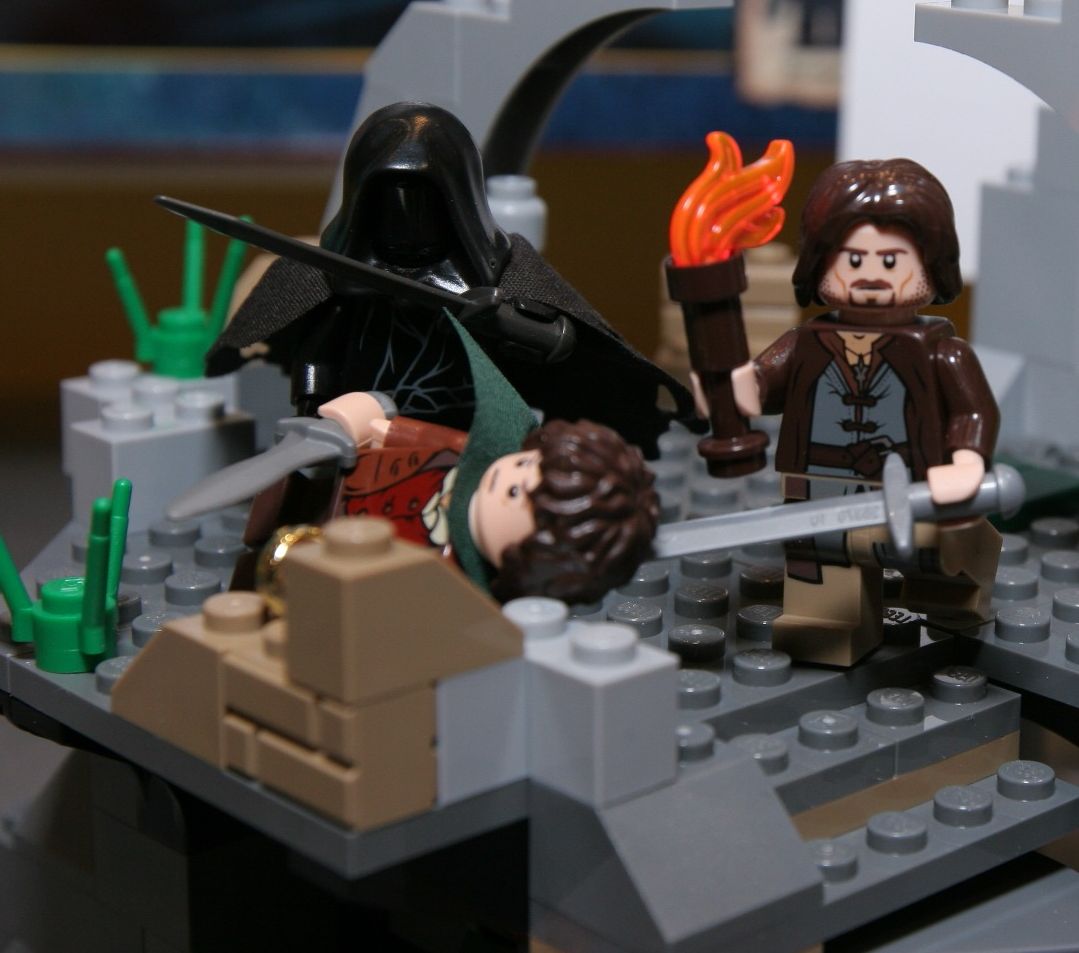 Above, the tower has an unfinished look that recreates the state of ruins of the building. Finally a note to the many details that this set has: the flaming torches, the flowers only with the stem, the swords and the spears and much more. At last the worst part: it will have a retail price around the sixty dollars.