The Uruk Hai Army is a 2012’s LOTR set with more than two hundred and fifty seven pieces and is surely a nice complement to the theme, especially if you are planning to buy the Battle of Helm’s Deep (9473). It will bring six mini-figures (Eomer, a Rohirrim soldier and of course four Uruk-Hais).

Besides that, the set is composed by a small wall and a big and nice designed catapult. On the top of the wall, there is another smaller catapult that permits the retaliation to the bigger one. On the other hand, weapons is what there is most: swords, some big axes and much more. 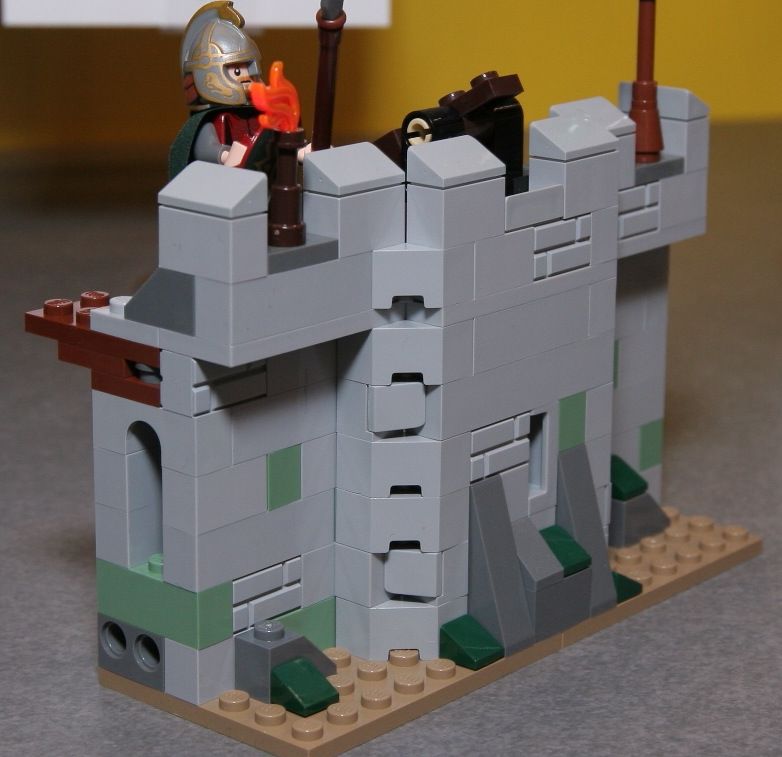 The mini-figures are very well detailed, not only in terms of their bodies and faces but also when looking at their accessories, (the suits, the helmets, etc). The outside catapult looks dangerous. Apparently there is a technique mechanism that fires some firing spears. The body, it self, is a mix of wood and steel and it absorbs the war spirit of the movie. 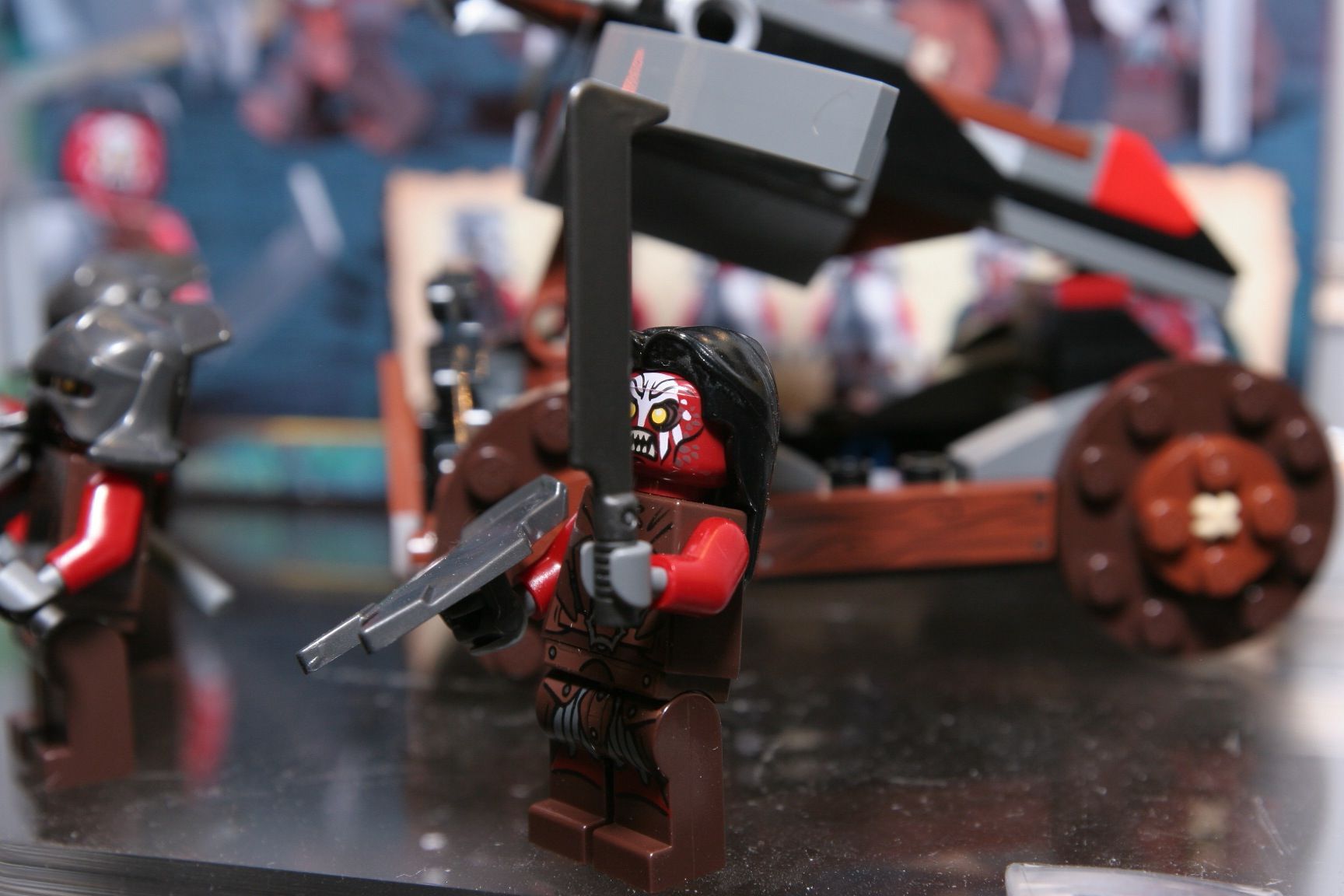 The Wall has the aspect, for instance of the battle of helms deep, and can perfectly be a good addition to this bigger set. On the top, there are some gunwales to protect the soldiers from the Uruk Hais. The set has also a horse which is similar to one present in the Helms deep. 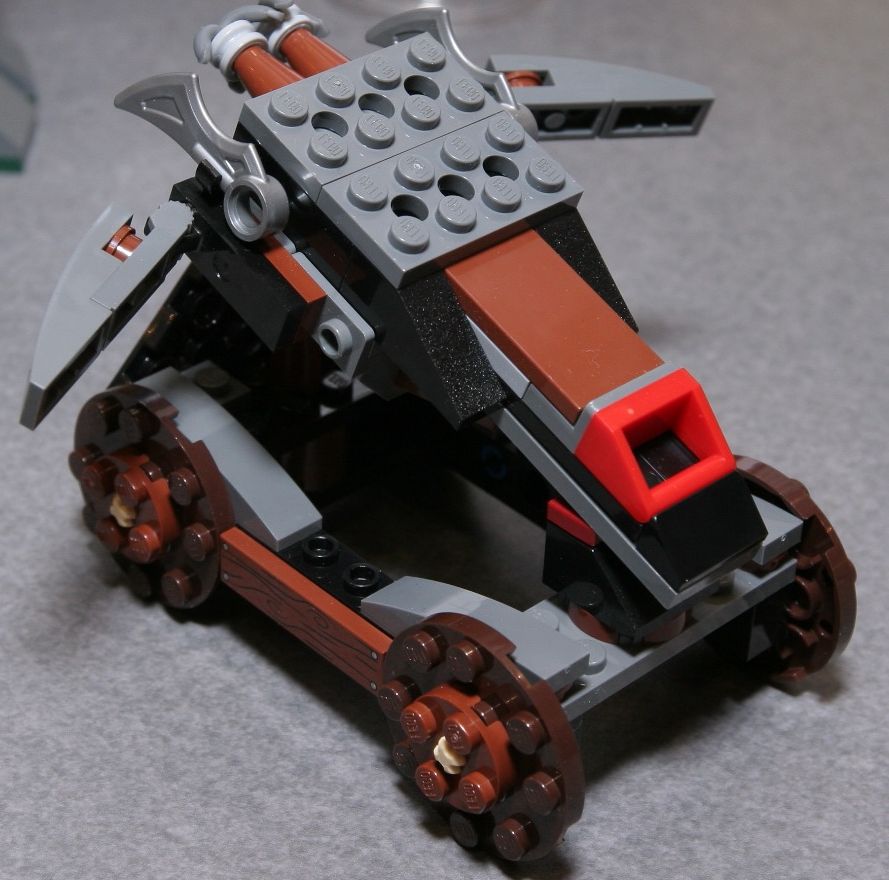 Globally, if you like this sub-theme you will not miss the set. If you can’t afford the big 9474, this set will be a nice sample. On the other hand if you plan to buy it, this will be surely a good addition. It will cost around thirty dollars and will arrive to the stores next summer.