The fever of polybags has arrived to the new theme, the Lone Ranger. Lego is about to present the fans with two new polybags (30260 and 30261) that I must say that are really fantastic, especially Lone Ranger with its little Pump Car. This little vehicle not only is a bit unusual but also its size is completely compatible with the usual rail tracks which makes it a great acquisition as soon as it’s available on stores.

Built up on a little brown base it has four little wheels and a pump handler that allows that two mini-figures move the vehicle (obviously simulating…) The Lone Ranger is also rather accurate, not only because of the torso but most of all because of its printed face.

The other polybag (30261) is Tonto’s campfire and despite its beauty, it is not, in my opinion, so good in terms of playability. However it will easily integrate very well with other bigger sets, being a great complement for them. Tonto has built a small fire and is preparing a nice barbecue.

Overall these two polybags look really nice but don’t expect too much in terms of building experience, after all none of them has more than thirty pieces. Please have a look at the individual pictures: 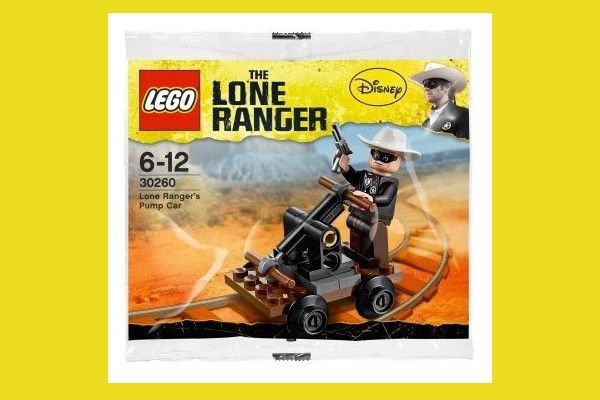 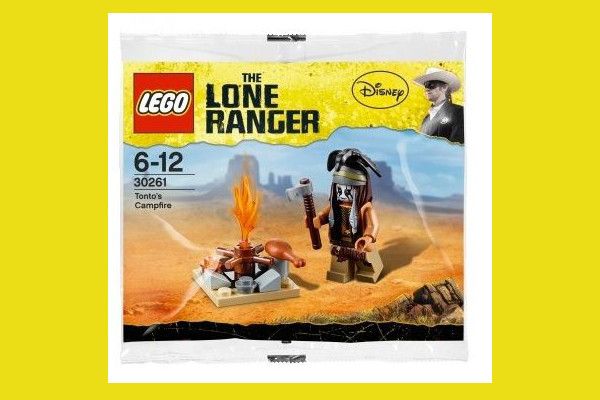