What a pretty nice Lego Ideas project. Due to a big lack of time in the last days, I didn’t take the proper attention to this Ideas Toyota Land Cruiser 40 Series that has just reached to great number of ten thousand supporters.

This awesome vehicle has around one thousand and seven hundred pieces and recreates perfectly one of the most iconic models of the last century decades (the model started production in 1960 and ended 1984). 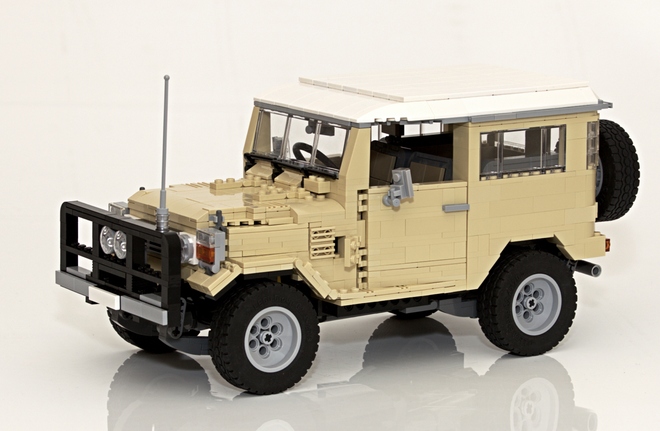 I especially enjoy its perfect design when compared with the real model and also the bunch of true details present on every part and every angle (the detailed engine, the cockpit and the wheel at the back are just a few examples…). Gladly this Toyota joins the Jurassic Park Explorer and 20,000 Leagues Under the Sea in the qualification for the third review stage in 2015.

Congratulations to the creators!