The Dark Vender and Luke Skywalker Lightsabers have recently joined the restrict group of projects, composed until now by Assault on Wayne Manor, Invisible Hand, and X-Men: X-Mansion, that reached the 10.000 supporters on Lego Ideas. With around four hundred pieces the projects features the brick built Skywalker and Dark Vender Lightsabers with all its most important details.

The project is completely different from all the others in terms of concept, so I guess that it will be interesting to know how it will be its final result. If it passes to production, and according to its size, it will retail around the forty dollars. 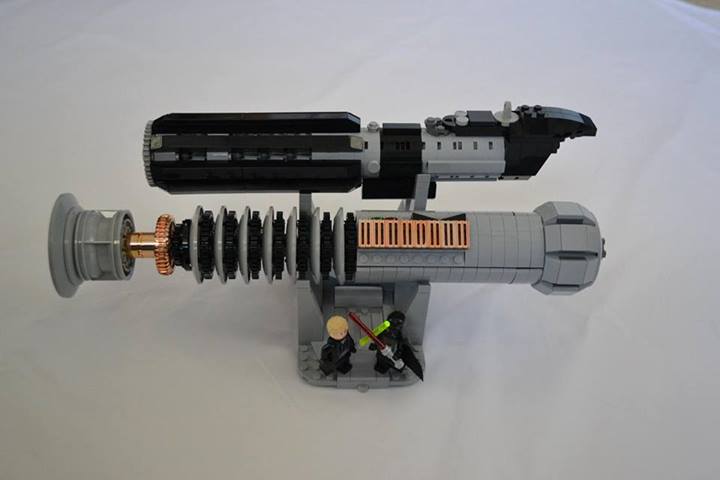 Have a look at the pictures and all the details in its official webpage!