The second 2015 review results have been announced by Lego Ideas showing the two sets that will pass to production in the end of 2016. The choice wasn’t easy and the final list, composed by nine projects was definitely huge in terms of beauty and details.

The sets are the Caterham Super Seven, an awesome classic British car, made by Carl Greatrix and Adventure Time Figures, a project created by aBetterMonkey that contains fifteen figures from the American animated television series.

As you possible remember the other seven sets that didn’t pass to production were the Modular Library, Lego Physics, Ghostbusters: Stay Puft Marshmallow Man, Indominus Rex, The Hobbit Rivendell, the Little Prince and Lothlorien, and among them I certainly regret that the Library didn’t pass to the final stage! 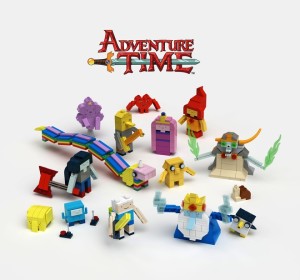