In a time when the news about 2017 sets haven’t been much, let’s have a quick look at this Ideas set, the Boat Repair Shop, an awesome seaside building with plenty of different colors that includes two boats and  four mini-figures ( a couple of carpenters, the captain and a fishing man), that has reached recently the 10.000 supporters.

Outside, the beauty and detail are simply outstanding, however at the first glance all the attention goes to the  ramp with a crane and rails that allow to pull the boats form the water or alternately to put them there again once the maintenance is over. All around, there are also plenty of nice details such as the several buoys, signs, pictures in the walls, lots of differents boards and of course the two big doors that allow to access the interior. 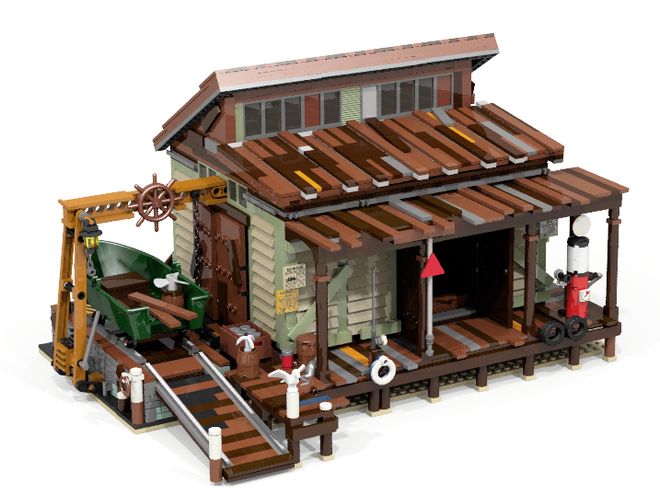 Inside, there’s a considerable space for the carpenters and it’s also possible to find a few bench with lots of different tools that includes some drillers, screwdrivers, saws, tool boxes and some more. Additionally the roof is also detachable in order to increase playability and access to the interior. 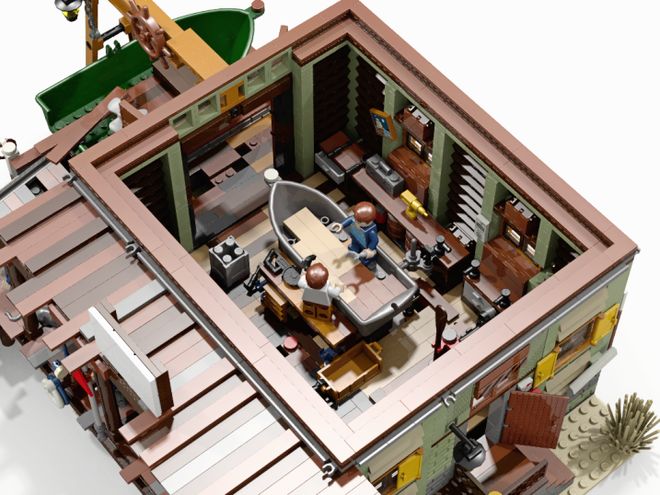 At the back, the details weren’t also forgotten with a third door with some ladders and plenty of small windows but always keeping the old and rusty seaside look. With more than two thousand pieces, I think that beauty and playability won’t be the reasons for this project not to pass to production. Congratulations to the authors!