A new Harry Potter – Wizard World polybag was discovered, and the result is a new bag called Harry’s Journey to Hogwarts (30407),with of thirty seven pieces that intends to recreate a small scene from the movie where Harry carries his luggage.

The polybag basically includes Harry and some accessories, including Hedwig the white owl, and at the first glance, it should interact pretty well with the new train set, the Hogwarts Express. There’s no word about prices but rumors mention the possibility of being available next month, just like the rest of the set list. 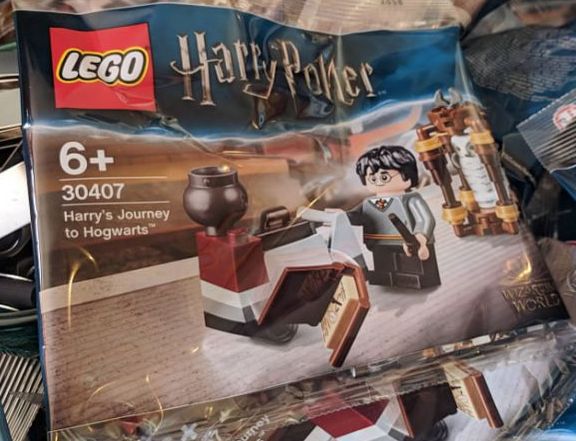