Lego officially announced the building of a new factory in China. The so called globalization, and its consequent issues, advantages and of course profit maximization – China is probably the biggest market in terms of potential revenues and growth – made Lego to take the decision to build in 2014 their own facilities in this Asia country.

The factory, with an investment of several hundred millions of dollars, will be built in Jiaxing, a region that has around five million people, and is planned to start producing in 2017. One of the main reasons for that is that it’s near the existing logistic platform for Asia with the consequent advantages that can be taken from that. 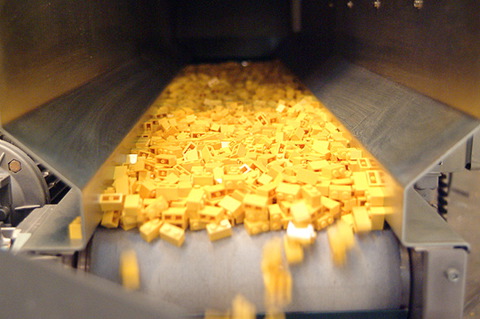 It will have a size of almost 120.000 square meters and will employ around two thousand employees. All the production will supply China and all its peripheral Markets lowering the global costs of logistics and transportation.

Please have a look at the press release:

The LEGO Group has announced plans to build and operate its own LEGO factory in China. The factory will supply products for the growing Asian market. Construction is expected to begin in 2014.

“It is our strategy to have production close to our core markets in order to secure short lead-time and world class service to our customers and consumers, and it has proven a successful strategy. Asia – including China – is a future core market for the LEGO Group and therefore I am excited to share our plans for the new factory. Having full control of the production process is essential to deliver products of a consistent high quality and safety and in harmony with our values” says Bali Padda, COO and adds:

“In addition by placing a manufacturing site in the region we reduce our environmental impact as we will reduce the need for transporting products from Europe to be sold in Asia.”

The factory will be built in the city Jiaxing, right in the middle of the Yangtze River Delta and located approximately 100 km from Shanghai where the LEGO Group is planning to locate a regional distribution centre for Asia.

“The new factory will be built and run with the same technology, automation and standards for employee safety and product quality as our LEGO factories in Denmark, Hungary, Czech Republic and Mexico, and it will have a distinct LEGO look and feel.” says Michael McNulty, Senior Vice President, Procurement.

Producing for Asia only

The LEGO Group currently does not operate its own manufacturing facility in China, but with the new production site including moulding, decoration and packaging facilities it will have a supply base for future growth in Asia. LEGO Group sales in the region have grown by more than 50 percent annually in recent years.

“Based on our current expectations for growth in Asia, the factory should be able to supply approximately 70-80 percent of all the LEGO products sold in the region in 2017. All products made in the new factory will be sold in Asia,” says Michael McNulty.

Location with focus on employees

The location of the new factory, Jiaxing, has a population of 5 million and it has been chosen for several reasons, says Michael McNulty:

“It is close to our regional distribution centre and the city has all the facilities and infrastructure needed. But in addition, we believe the location is perfect in regards to securing the best environment for future LEGO employees. The city is the strongest possible match with core LEGO values, and the plans for a sustainable city development is well organized”

• These numbers depend on the growth and demand for LEGO products in Asia and can be adjusted.

• The investment will amount to a 3 digit million Euro figure

• Construction of the factory is planned to begin in early 2014

• By 2017 the factory is planned to be fully operational

• Jiaxing has a population of 5 million and a catchment area of approximately 15 million.

• There are two universities and numerous technical colleges located in the city.