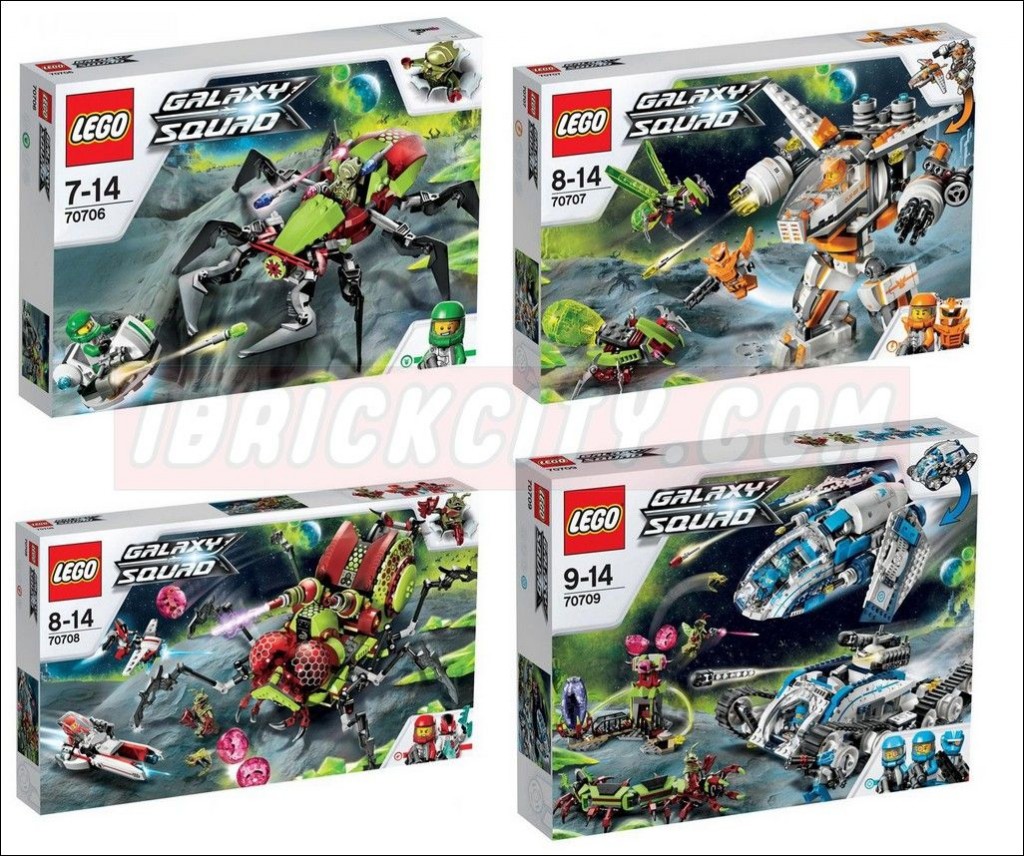 The Hive Crawler (Lego 70708) is basically a big insectoid with five hundred and sixty pieces that will include four three mini-figures. Fifty dollars is how you’ll have to spend to achieve it next July.

Finally the star of the company, the blue Galactic (Lego 70709) Titan with more than a thousand pieces and five mini-figures, two bugs and three blue galaxy squad soldiers. As you might guess, and following the same proportion of the others, this set won’t cost less that hundred bucks.

Have a look at the new galaxy squad sets: 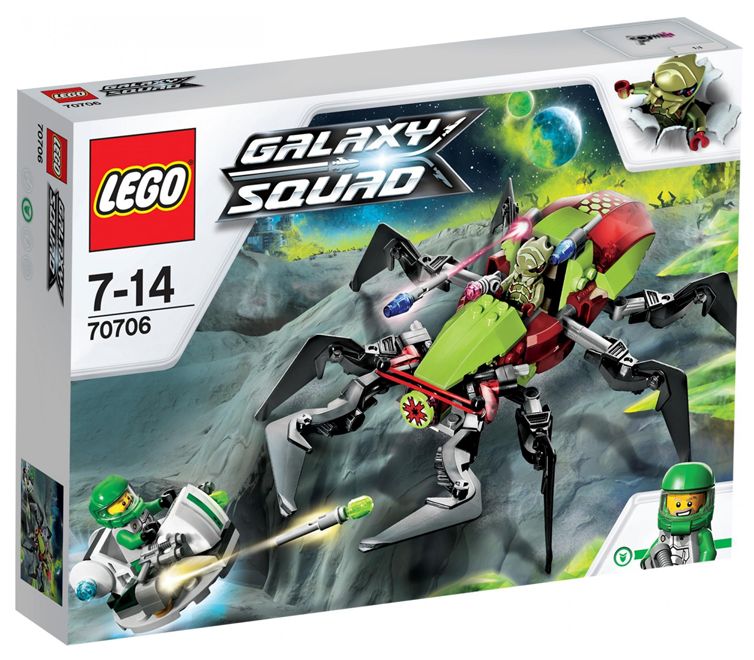 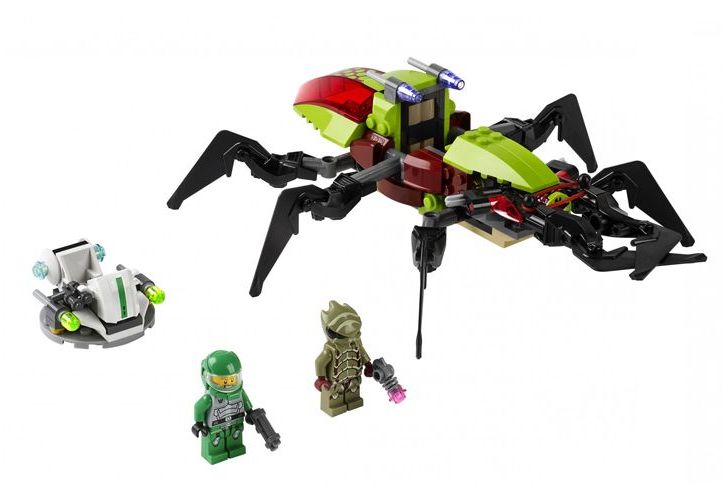 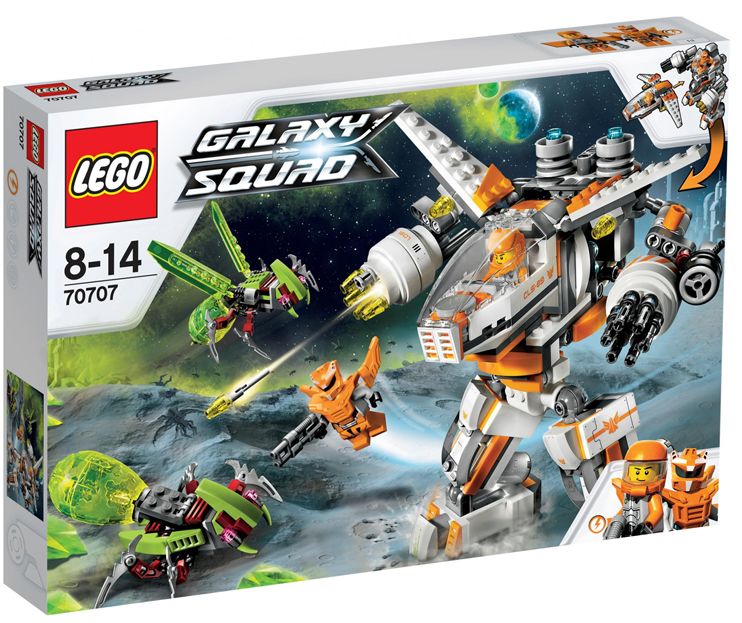 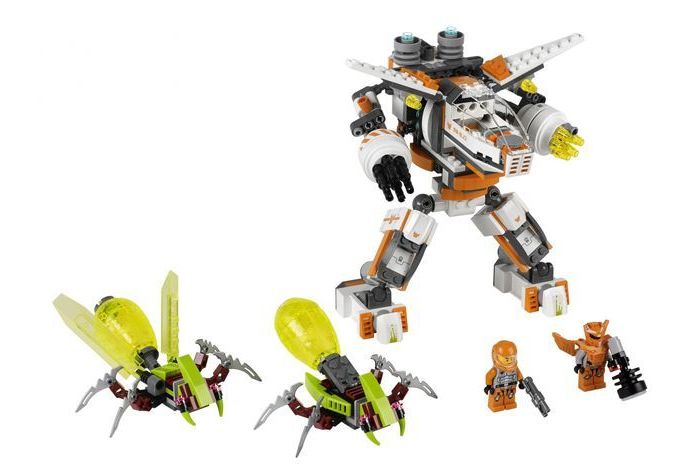 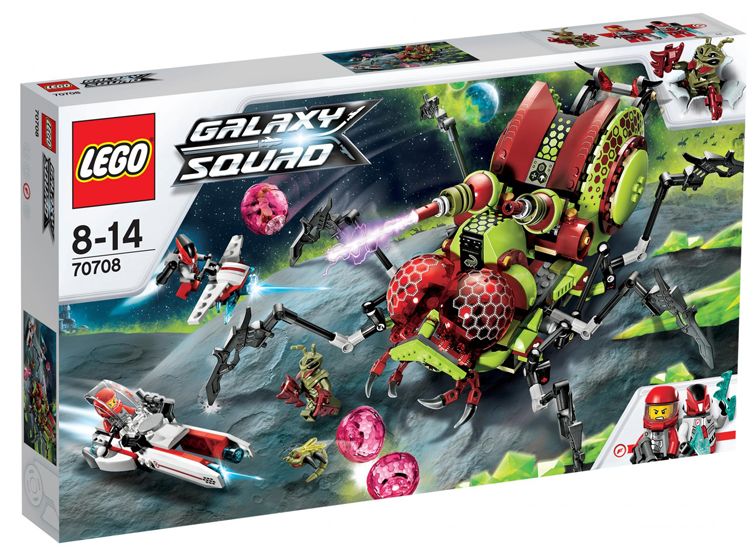 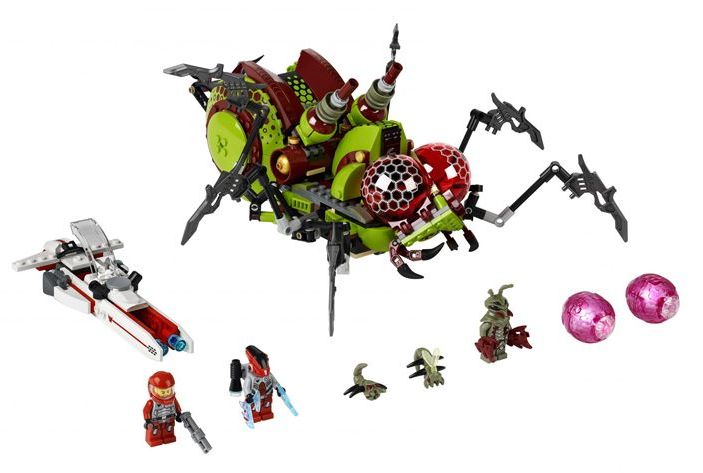 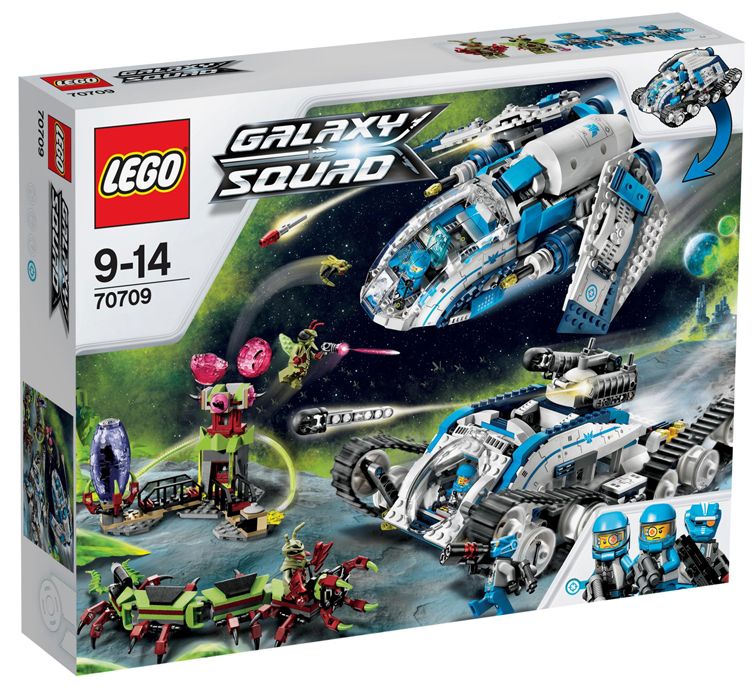 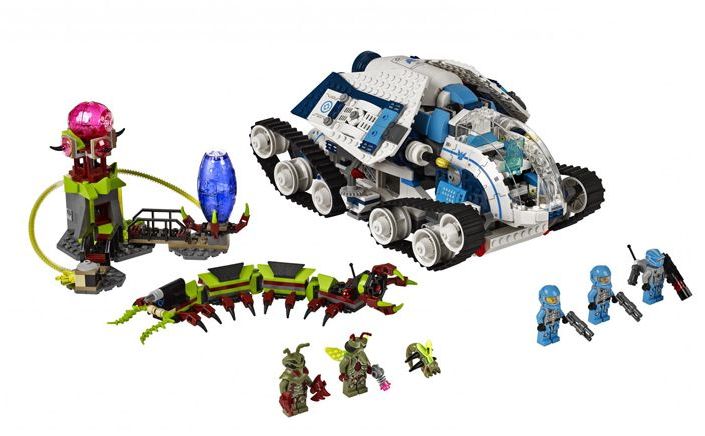