The Adventure Camper is a Friends set that will be released next summer. With more than three hundred pieces and a price around the thirty dollars, it has two mini-figures which I think that are Nicole and Olivia, a vehicle with a trailer that is almost a clone of the 7639 city Camper, a park table for a nice picnic, a barbecue, two bicycles and a blue surfboard.

Besides that, there are also plenty of accessories and tools: juice cups, dishes, food, barbecue accessories, cakes and much more. If we join all that with the many available color pieces were the pink dominates, this is surely one of the most enjoyable sets (and perhaps themes) that Lego has created in terms of color. Not only because there are many different colors but also because many of them are quite unusual. 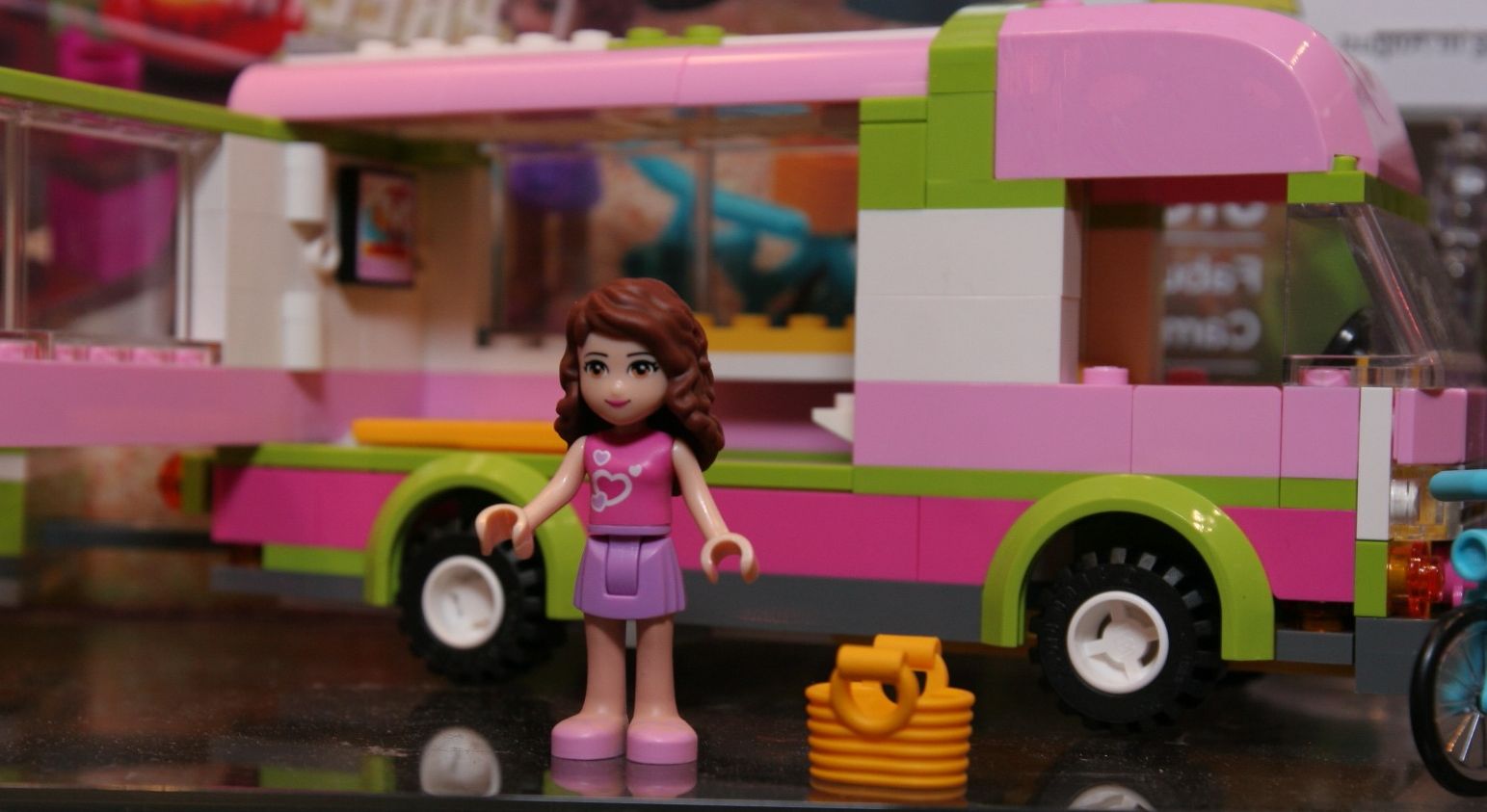 The Van as I said before looks like the 7639. But of course there are some differences, the cab is similar but this one has no side doors. The roof is basically the same but this time doesn’t have the support for an extra bed. Apparently the cab has also a transparent division for the back space, which didn’t happen in the other model. 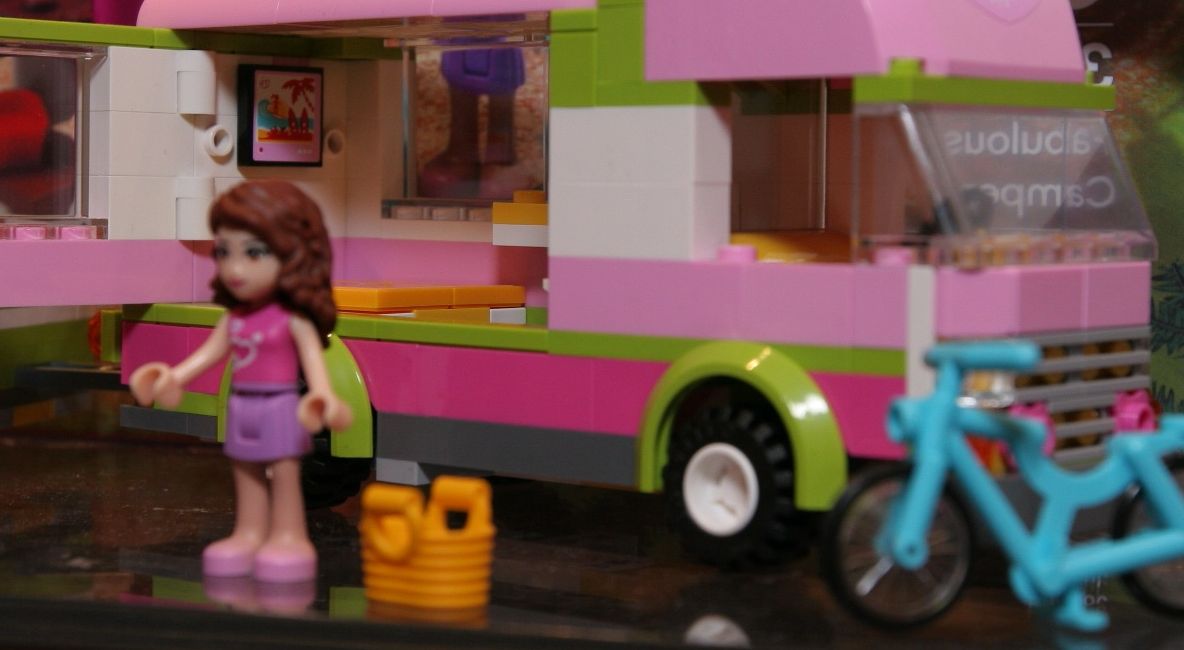 The rear parts intends to be a resting room, with some a table and two seats that can convert easily to a bed and a flat TV at the back. At least the left door opens backwards hundred and eighty degrees in order to increase the playability and my only doubt is if there is a safe mechanism that locks the door when the vehicle moves.

The trailer is very simple and uses the same multicolor scheme of the van. Its wheels this time have the same size of of the vehicle which is a detail that doesn’t happen always. But with no problems it has space for the two bikes (a blue and a red one) and for same accessories that are used in the barbecue.

The picnic table uses a simple but realistic structure based on bridge pieces. Six of them plus the dark brown bars recreate very well that kind of table. On the other hand the barbecue is also very simple: a base, a place for the coal and a grill for the food. Globally the ladies will surely like the set and for being different, in terms of colors, it is a good addition to the city.