The space sets and Moc’s were just next to the city. For them, it was reserved a big table and they surely deserved it because the amount of creation was huge. This was perhaps one of the most customized environments. I was quite impressed not only with some buildings but mostly with the space trains.

The trains were actually monorails with an amazing aesthetic, as you can see by the pictures. The terminals and station were not also forgotten and they all were quite well integrated in the space base. One of the trains even passed through a tunnel that was right in the middle of a building. 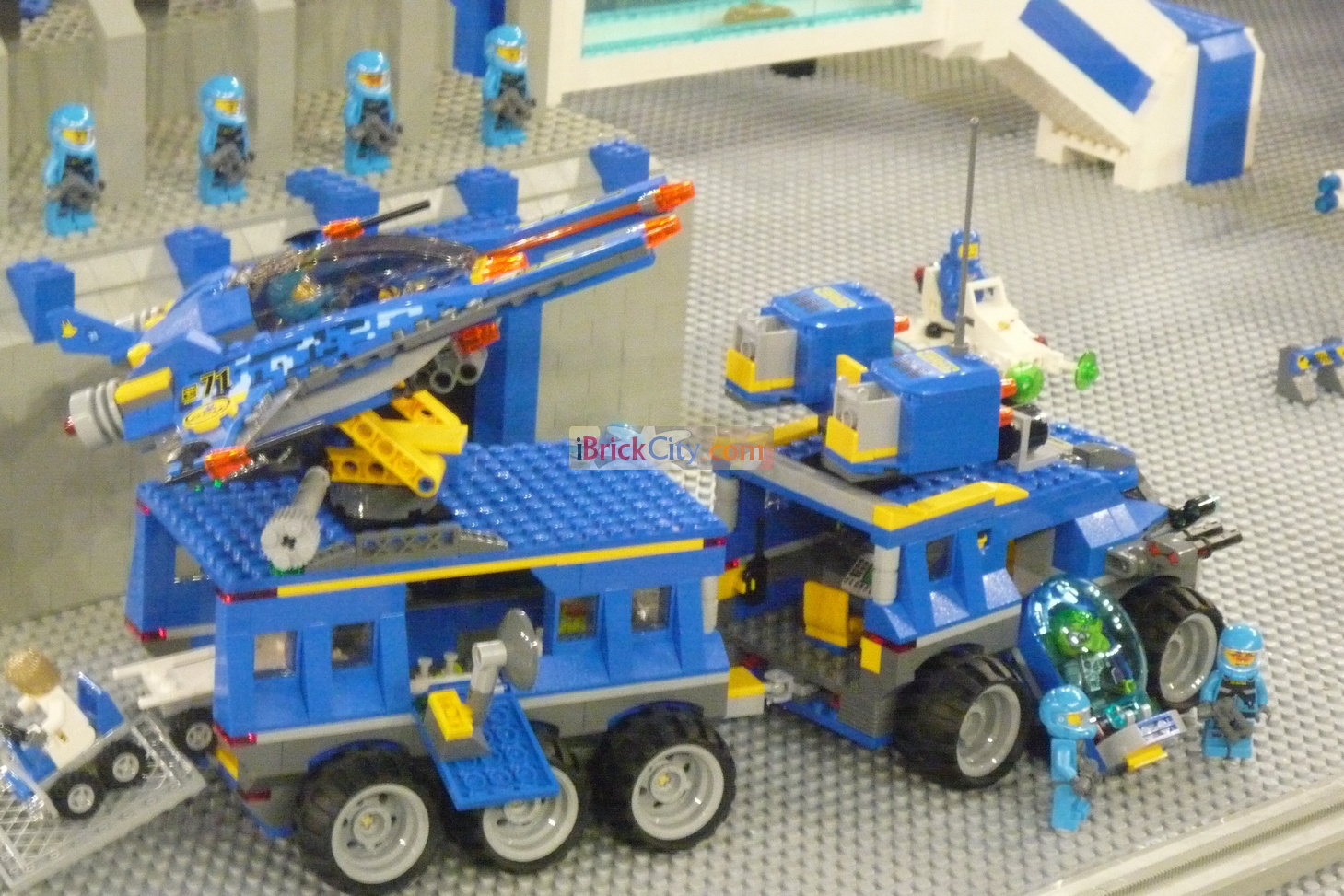 Two buildings were the core of the theme: A nice black platform constituted by four towers with a space ship at one of the corners, and a high white tower, with a control room that managed all the ground tunnels (those made me remind the old TV classic Space 1999). 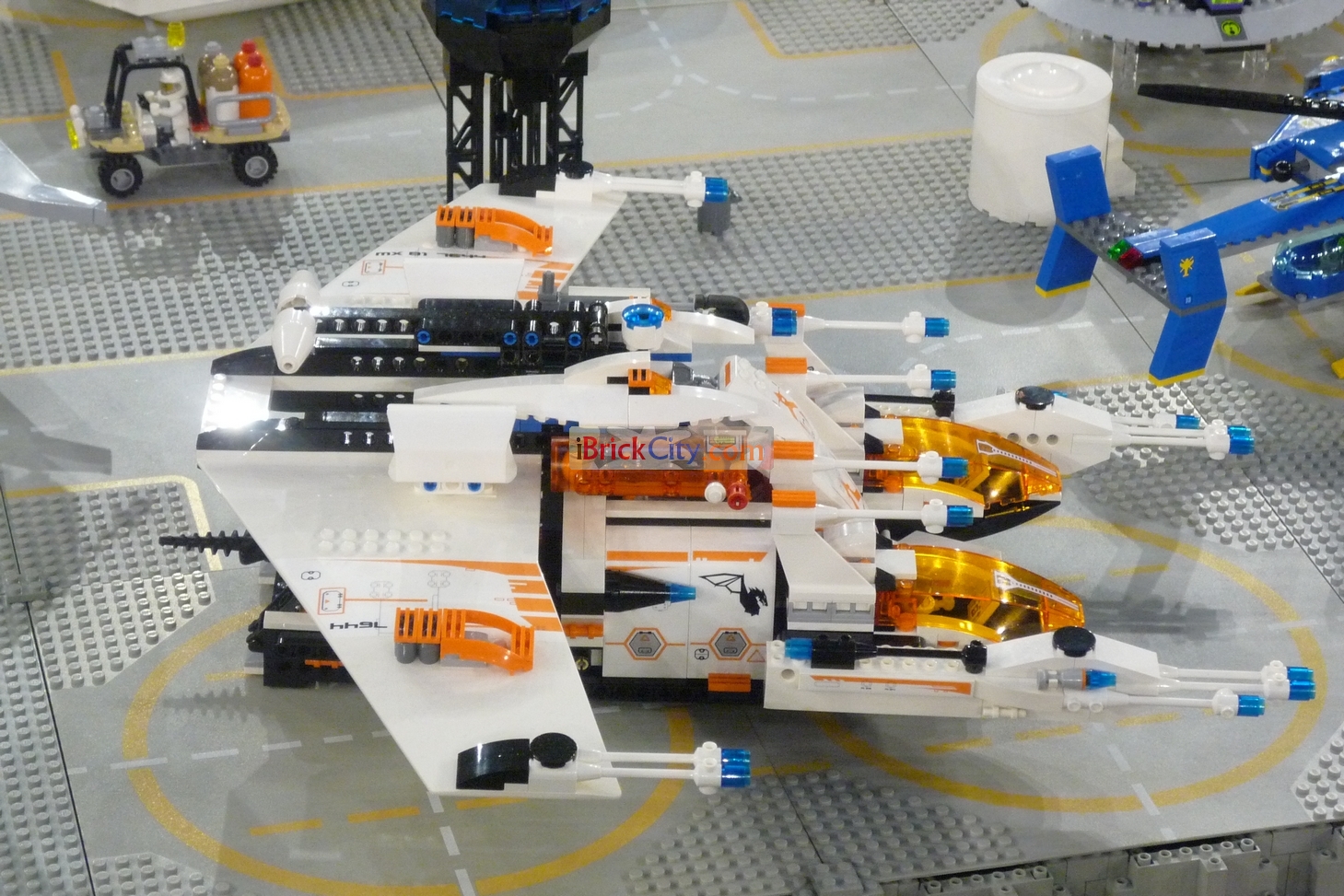 Talking about the ships, I guess that most of them were all personalized creations (I didn’t recognize any one of them), and there were all kinds of vehicles, since the more conservative, to the radical ones. The armies weren’t forgotten and they surely had dozens and dozens of nice mini-figures. 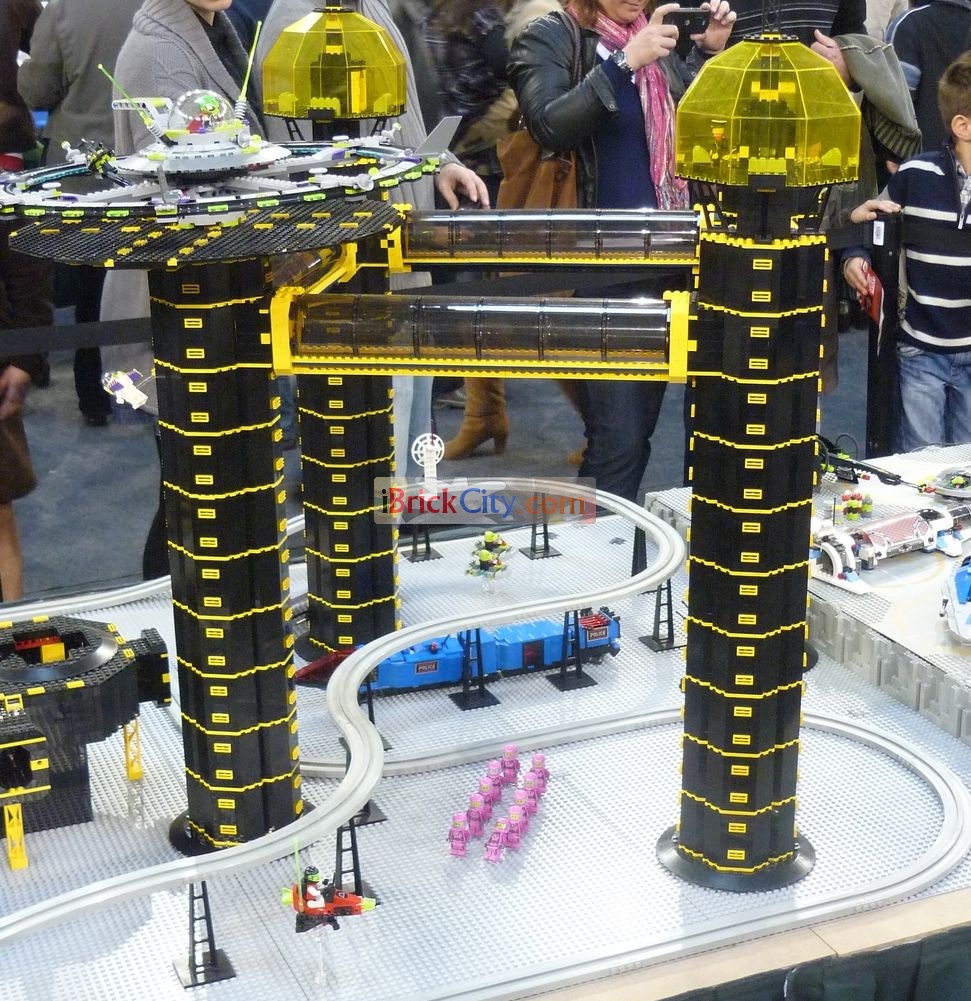 A couple of city sets were also present (I recognize the little 3368, and an adapted Camper 7639 – yes, the camper… – with some wings) as well as some vintage vehicles. It is always a pleasure to look at these old ones. Definitely this was another interesting part of the Lisbon exposition. Take a look at the gallery: