Continuing the trip, I arrived to a nice vintage city. And it was rather curious and funny to see all the differences between the newest sets and the older ones. The vehicles with their tiny wheels and cubic forms, the more standard mini-figures, the four dots wide vehicles, no matter they are cars or big trucks. I don’t have many old sets in my collection, but I must say that it left me nostalgic.

Below, the gallery is not as extensive as in the previous posts, I invite you to take a look for instance to the football stadium. The details are amazing: the players, the confusion with the police, the TV camera, mounted on a crane, the benches filled with people and even the stadium structure was really very good. 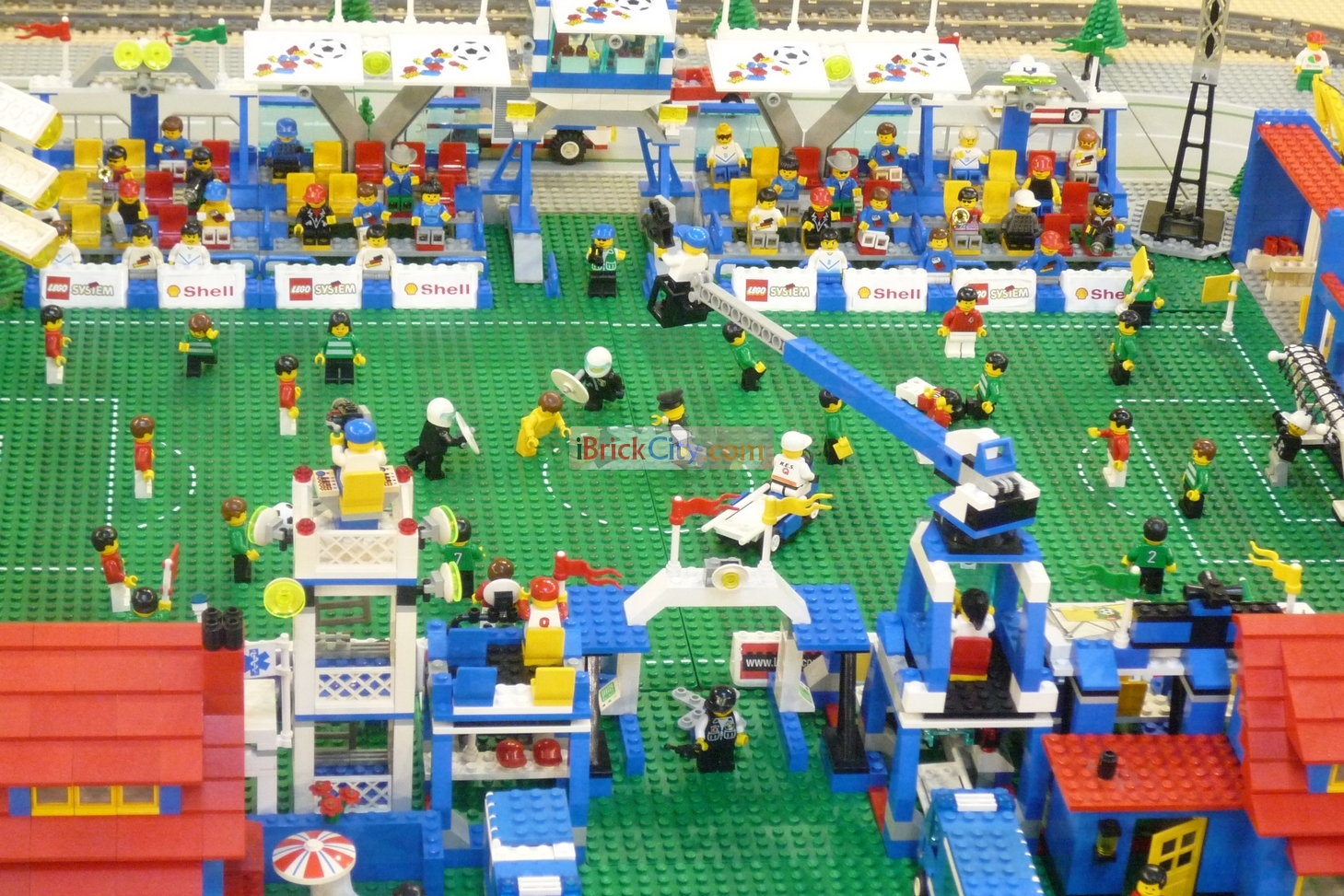 The buildings had all a nice characteristic that consisted on using small pieces for everyone of constructions. There were no such things as big pieces to constitute the base of the plane or bigger pieces to build the building wall. Everything raised piece after piece. 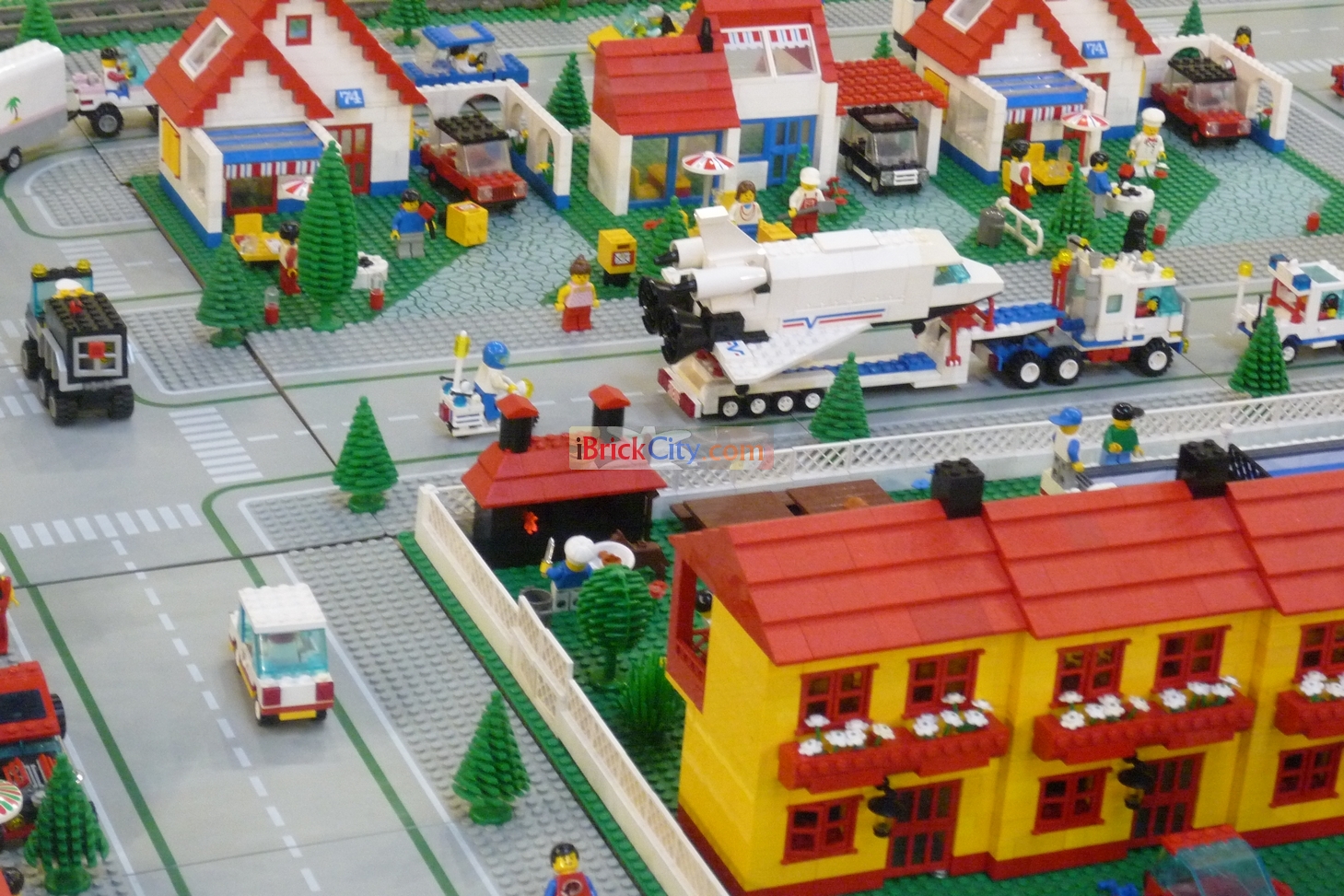 Some sets were really comic, comparing to nowadays. Take a look at the mail’s plane for instance. What was that? And the milk’s truck? Whiter that that was impossible. On the other hand, the heli transporter look is almost half (exaggerating of course…) of the current one. But they all had an advantage: they fitted well in the road plates, which is not always the case, today, with the newer but bigger city sets.

Take a look at the next gallery, because you will surely be surprised.