Just like San Diego comic Con, this year’s Fan Expo Canada in Toronto will also have an exclusive set, the Lego Star Wars Rebels Ghost Starship which will feature besides the space craft, a nice mini-figure among a total of hundred and thirty four pieces.

The set that will be available only between 28 and 31 August definitely will constitute a unique opportunity for the Canadian star wars fans to achieve this exclusive set and increase their collection. There’s no word for now about the price but just like SDCC, I guess that it will be almost prohibitive. 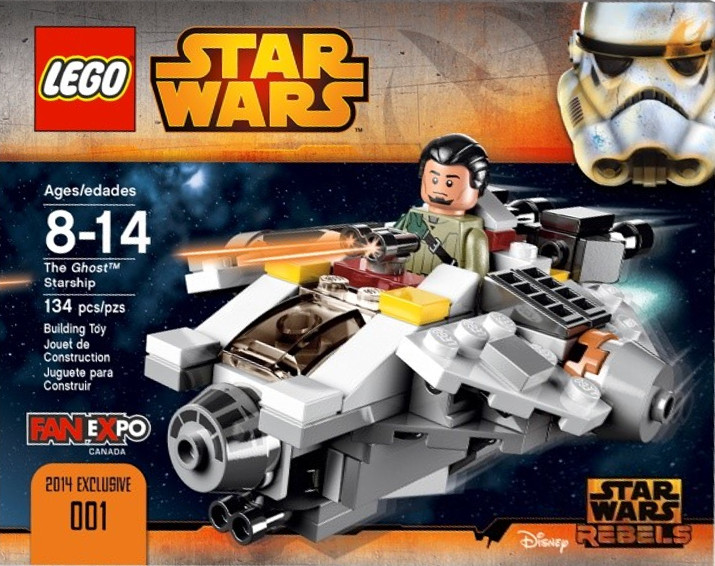 Have a look at the short press release:

“For LEGO, the event is about the fans – it’s an opportunity to engage with builders of all ages and offer a fun interactive experience that is unlike any other in Canada. Because YOU are some of the most loyal fans of LEGO, we are offering an advance sneak peak of the FIRST EVER LEGO FAN EXPO Canada Exclusive. This limited edition LEGO STAR WARS Rebels set features The Ghost Starship with Kanan Jarrus Minifigure from the upcoming STAR WARS Rebels TV series.

“The set is ONLY available at the LEGO Booth #748 between Thursday, August 28 to Sunday, August 31, 2014, while quantities last. Tickets will be distributed at the booth on a first come, first serve basis when the show floor opens to the public. Quantities will be limited per day and only one LEGO FAN EXPO Canada Exclusive per customer per day. A valid ticket will be required for purchase.

“For a chance to win one before the show, please check out the contest page for more details!” 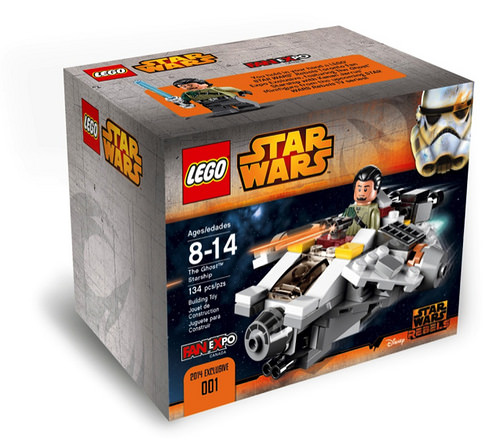