The Dino Defense Headquarters is the biggest Dino’s set released this year. With almost eight hundred pieces and four mini-figures the set has, besides the headquarters, a curious helicopter, a gigantic tyrannosaur (?) and two smaller dinosaurs, a small island with some tools and an all-road jeep.

The building has a big courtyard that is simultaneously a jail for the dinos. The front gate is quite impressive and big, but I’m afraid that the big tyrano will easily smash it. The gates are easy to build (only two pieces plus the horns) and attach easily to the side towers, through some technique pieces. 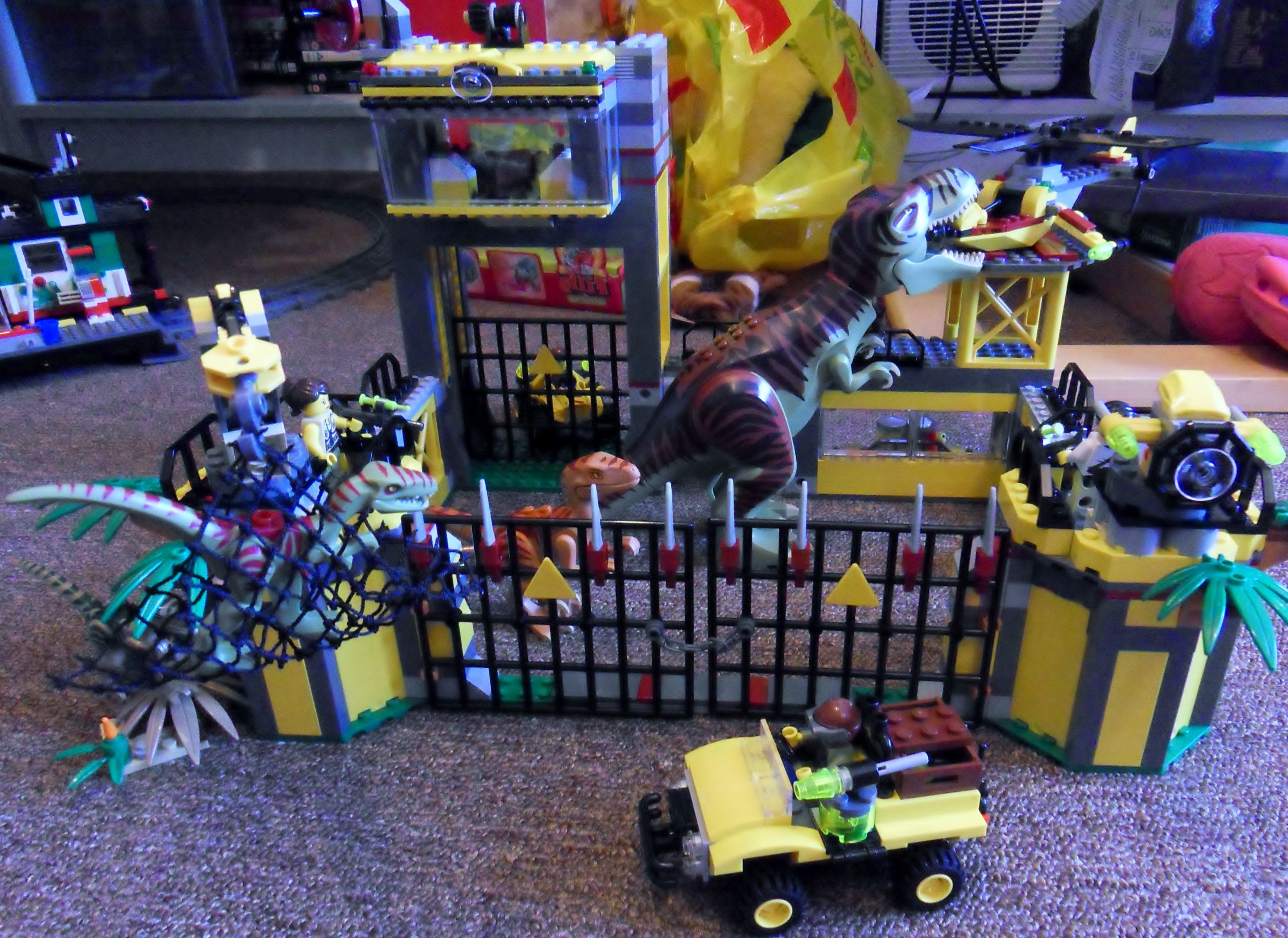 The yellow twin towers are not only a surveillance place but they have also some weapons to catch the beasts. The left has a nice tranquilizer launcher, where some sort of rocket can be manually launched. Once caught, the dino can be collected with a rotary hook, with a net, that is built is the right tower. Both, launcher and the hook, are easy to build and are basically made with some technique pieces. 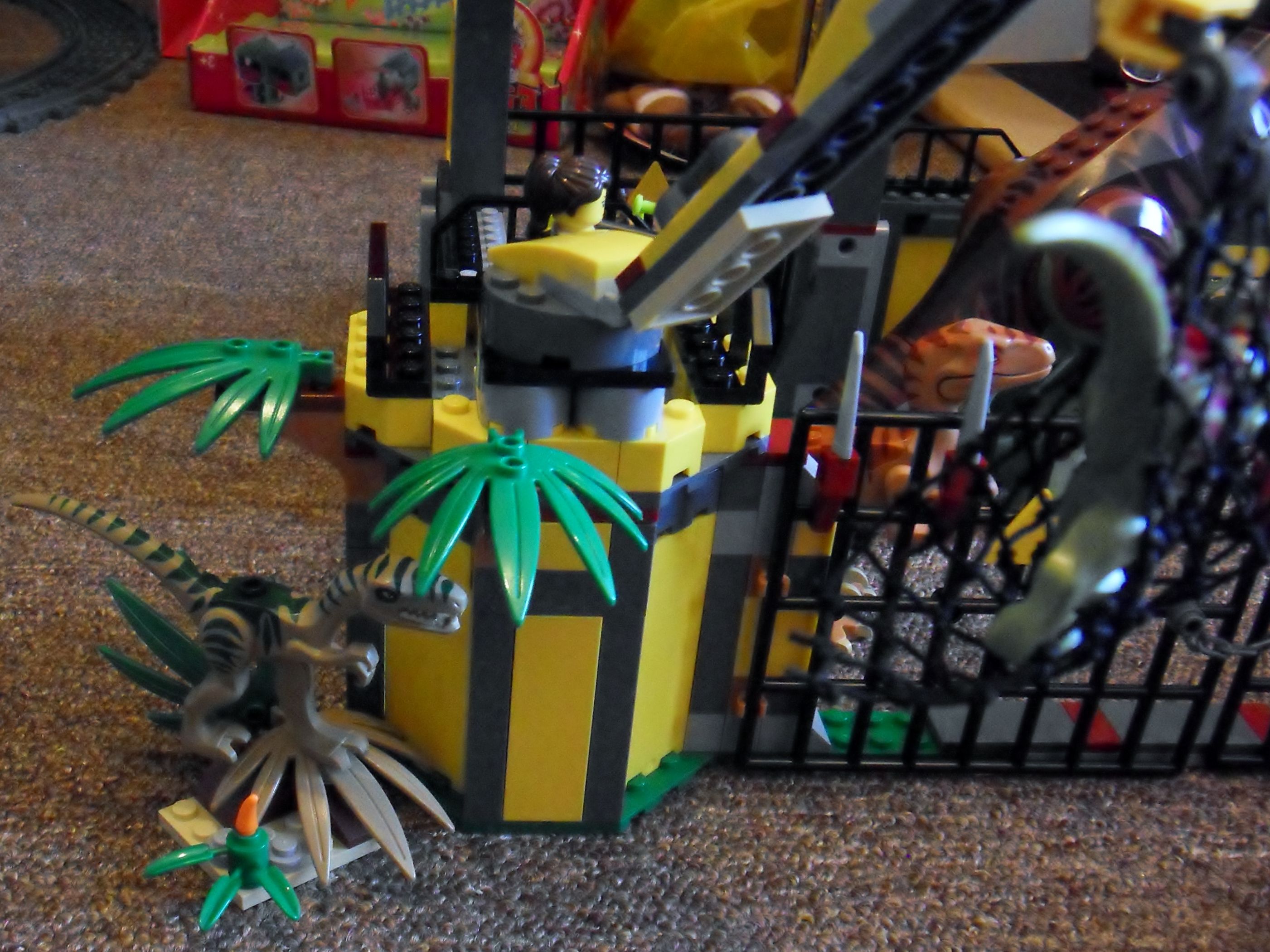 At the back of the terrain there is a nice heliport with an unusual agile helicopter. This heli makes me remind some promotional city sets, with some differences of course, especially in terms of features. First of all, the cockpit has no kind of windshield but on the other hand has two handlebars inside which I think that is a gap in most city helicopters.

The heli is also fearful because it has two rockets ready attached to some competent supports and a big detector at the front. I must say that there are weapons and tranquilizers everywhere in the set, the guys are surely very committed on catching the dinosaurs. 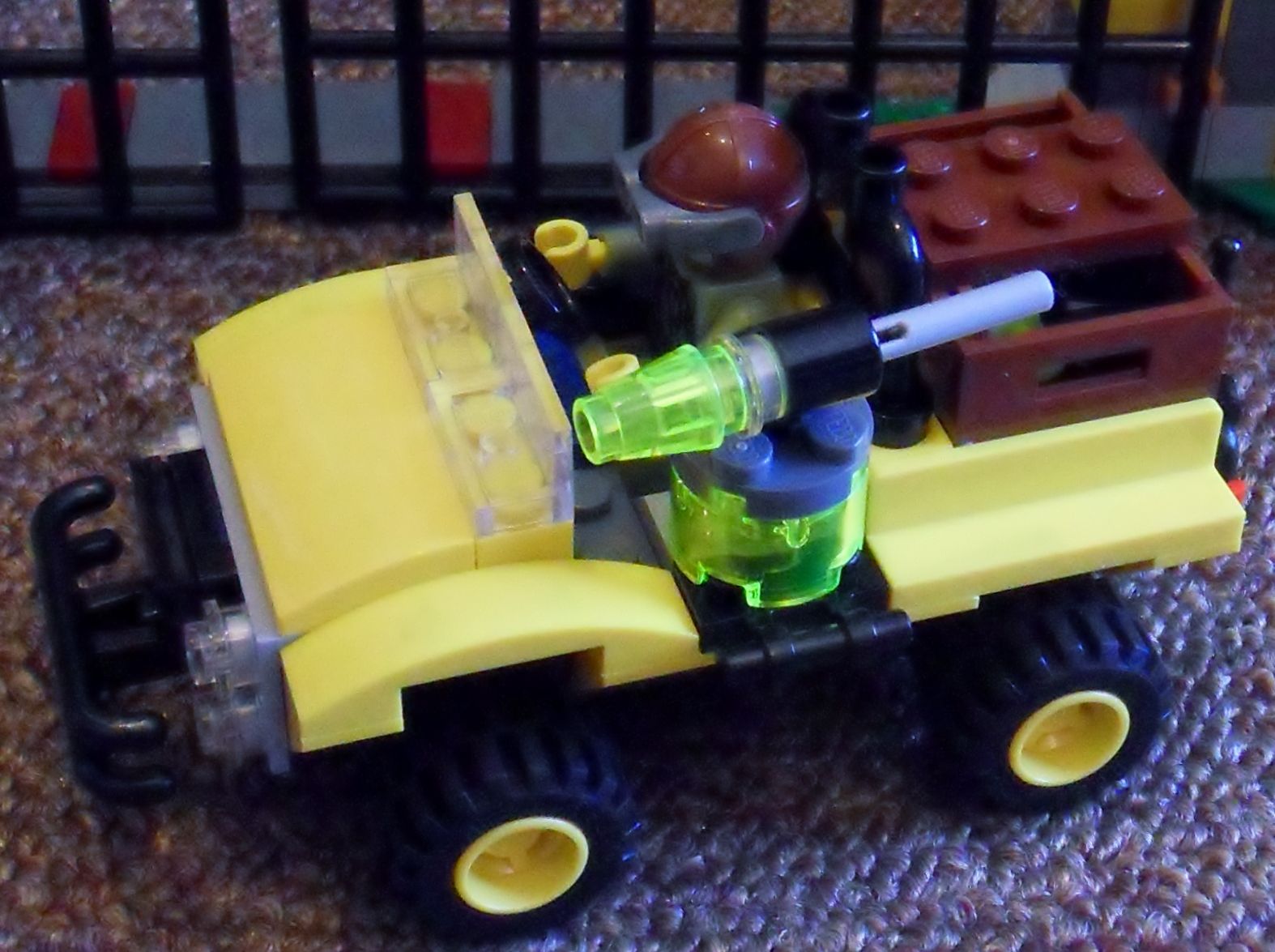 But the features have only began. At the back, there is an ingenuous lifting gate for the animals. The gutters are similar to the ones used on the city garages, only with two major differences: the gate this time is solid and it can be lifted through a winch built on the top of the structure. And of course the gutters are rather taller than the ones used in the garages.

Unleveled and attached to the top of the gate’s structure, there is a command center with two control panels and a seat placed in the center. Honestly, I wonder how the guards will reach it. A side ladder was the least that Lego could give the guys. There are barriers and passages all around the structure but the tower’s access was forgotten. 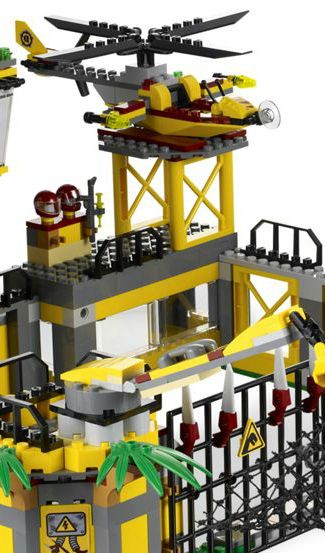 Finally the road vehicle, that excluding the chassis is different, as it is usual in this theme, from the usual city vehicles. Starting by the simplicity of the windshields, passing through the big protection bar, at the front, and ending in the trunk that has space enough for a bunch of tools and weapons, the differences are huge. And of course the car has a nice rocket launcher next to the driver. 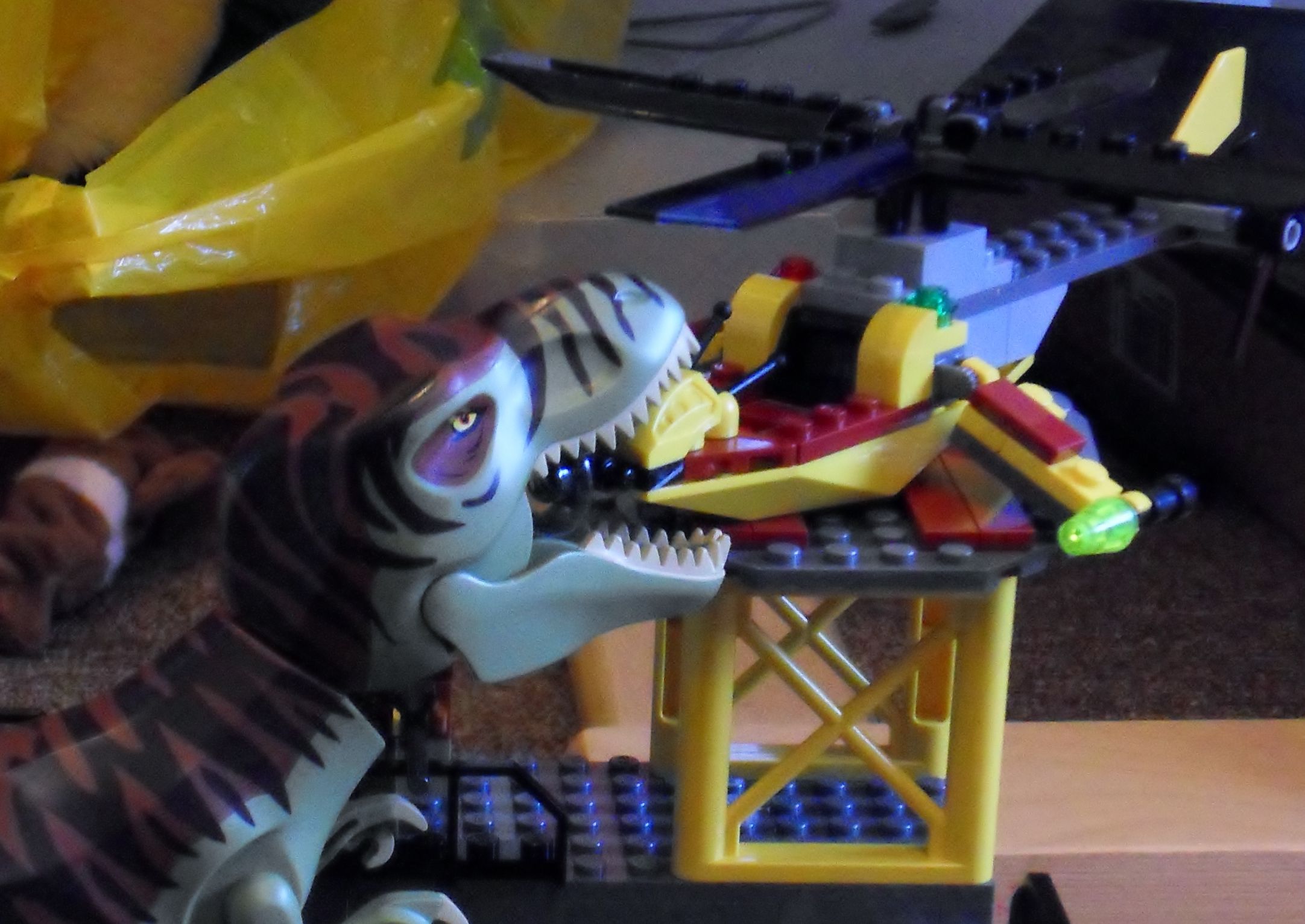 Globally, the set is the theme attraction and is surely a great set. The dino’s sets sometimes are overpriced, but this one apparently is not the worst. Hundred dollars are a respectable number but we must not forget that the set has eight hundred pieces. If necessary, the instructions can be found right here: