This is perhaps the strangest helicopter that I ever seen. The T-Rex Hunter is a dino set that is prepared to transport, through air, a captured tyrannosaur. For that, Lego created a weird heli with a gigantic landing gear in order to have space to shelter the beast below the cockpit. Besides the vehicle and the Dinosaur, the set has also two paramilitary figures and a small car with a nice trailer.

When you start building the heli, you will find out two things: it is really big and it is not so trivial as the usual city models. First of all, the model has not a base or a chassis, it is globally built by modules which are attached in the final. The cockpit is larger than usual, it has a seat and a handle to launch the four (!!!) tranquilizers. The cockpit could be more complete, in my opinion, it could have at least a small control panel. 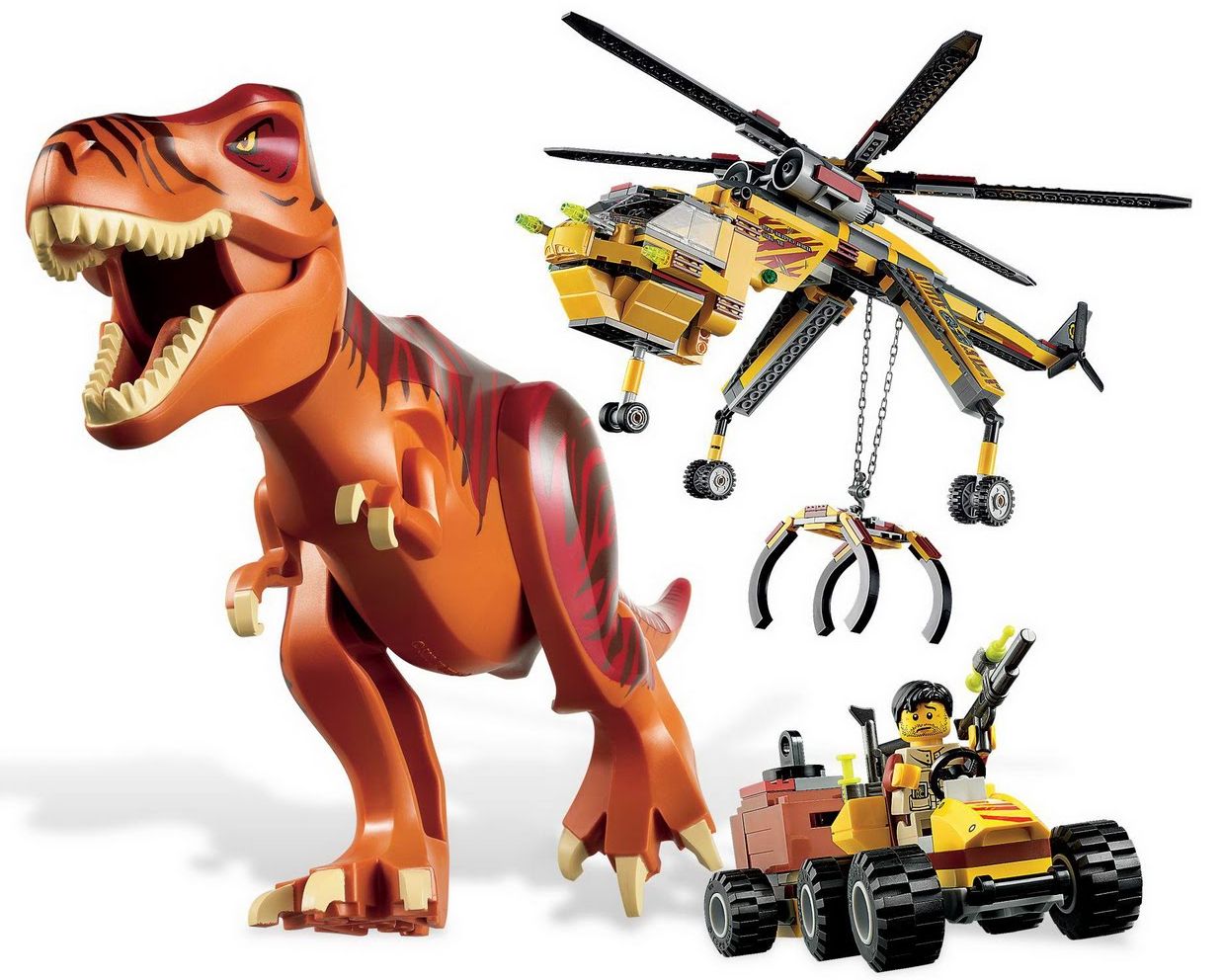 The back of the cab is made with several technique pieces, all thought to attach the other structures and also to receive the enormous windshield (it has almost hundred and eighty degrees). This wind shield is very rare, and is one of the multiple unique pieces that this set has. 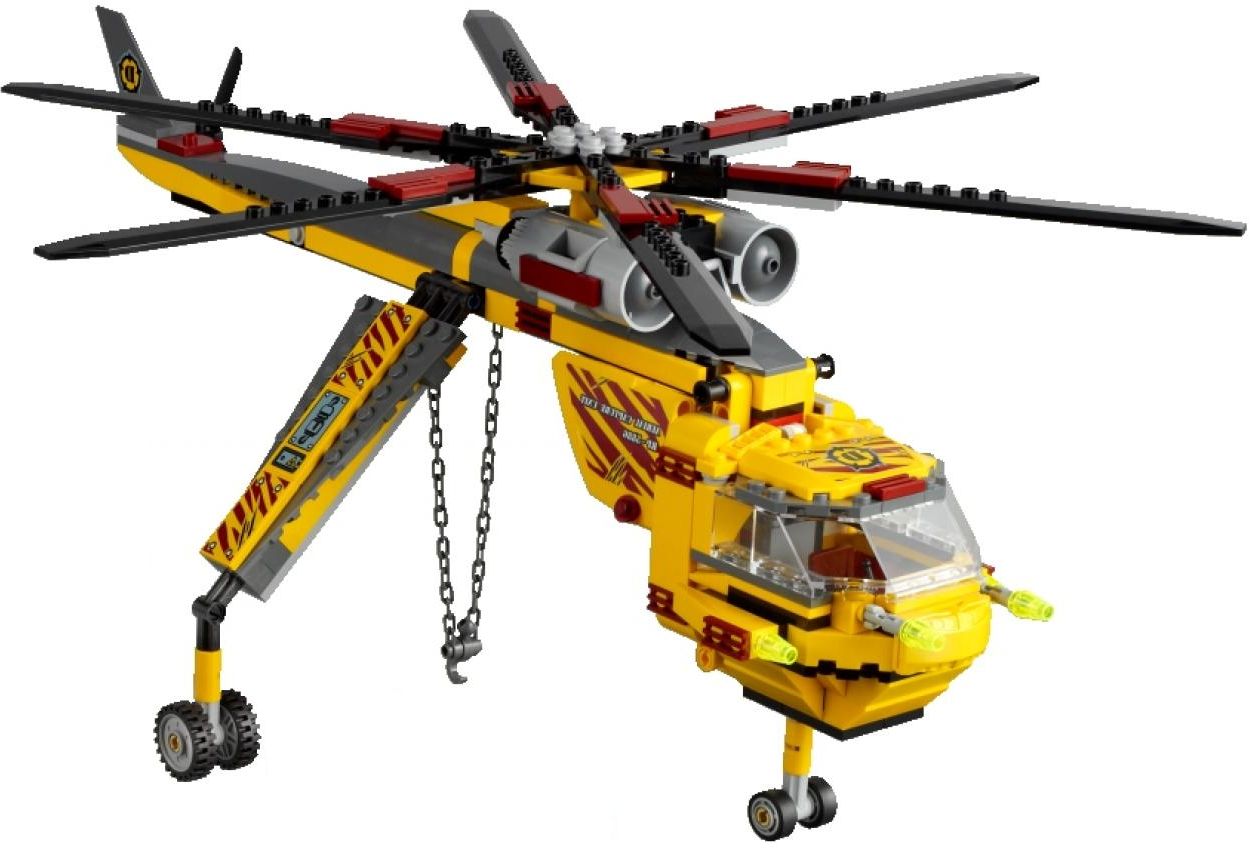 The top part of the heli which mixes easily with the tail has the most part of the set’s features. It has two powerful turbines, at the top, made with some nice rare pieces, and the chain mechanism that will hold the tyrannosaur. Finally there is the landing gear, which is an enormous arch, made almost exclusively with technique parts. The final result is surely very good. The propeller has the same principals: the wingspan is huge, it has a few technique pieces and its base is surely another unique piece. 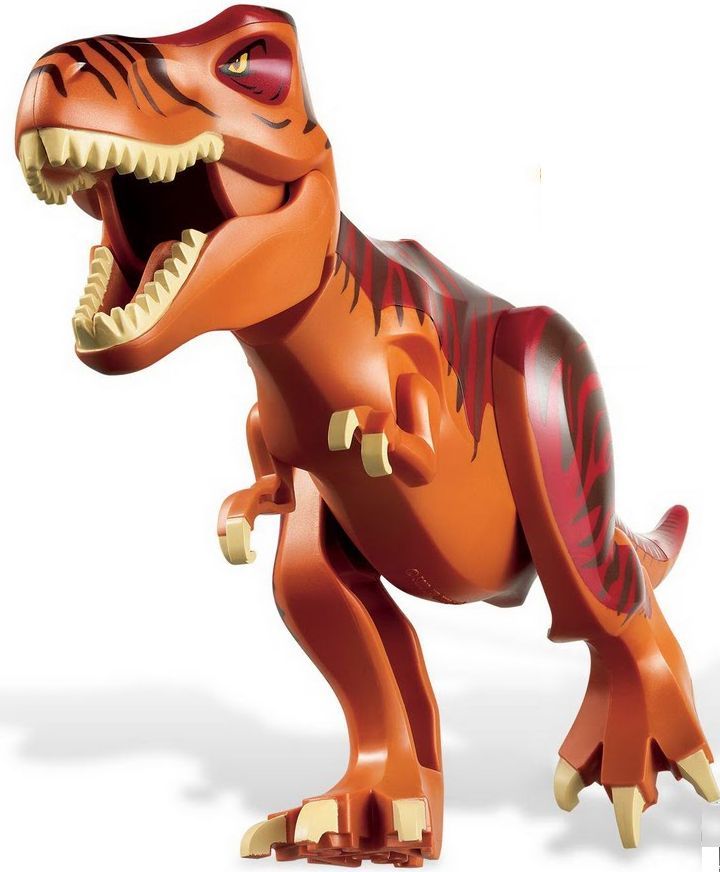 The ground vehicle is a small buggy with a trailer. It is easy and fast to build and I specially like its colors combination. The trailer is basically a storage box with plenty of hunting tools and the one of the most important pieces: the one that will attach the winch to the capture’s armor.

The tyrannosaur is obviously the biggest dino on the theme and will surely disappear in my son’s hands. Globally it is a nice set, it has almost five hundred pieces which obviously will increase the price. However, seventy dollars make me think about other sets, even of the dino theme. If necessary, the instructions can be found right here: