The Triceratops Trapper is a Dino’s set released this year, and basically is constituted by two animals: The dino and the truck. The Triceratops is perhaps the biggest dino of this theme and the truck, well the truck will have to be park near the city because it simply won’t be able to enter it.

It has twice the width of an average truck plus the part of the wheels that are out of the arches. I can’t imagine the consequences of a frontal crush with the Mining Truck (Lego city 4202), because this model is quite resistant and solid. My guess is nothing serious would happen because the models would behave like a rock. 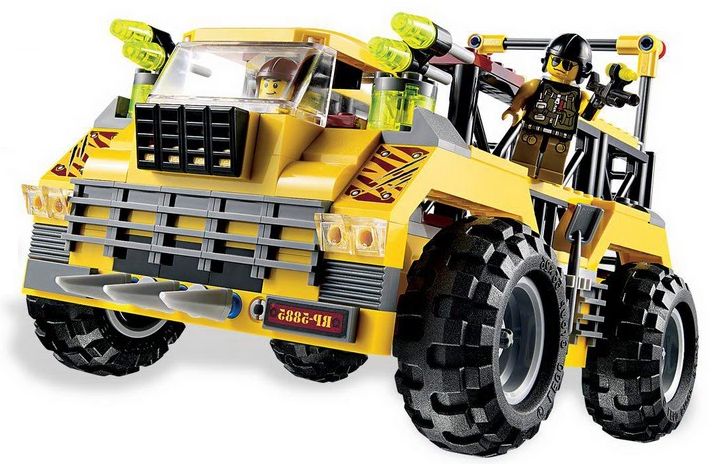 Talking about its construction, it is made in two steps: The truck it self and the back detachable jail. The chassis of the vehicle is basically built with technique pieces and even the wheel axes are built with pins and small bars, instead of the small mono-block axes.

The cab has the usual stuff, it is placed in the center of the vehicle, surely looks like a little ant in the middle of a bunch of yellow pieces and the roof is removable for a better access. The four wheel arches are unique pieces and are longer than certain city vehicles. As you can see, everything is big in this vehicle even the truck’s bed that with a simple structure is nicely prepared to receive the jail. 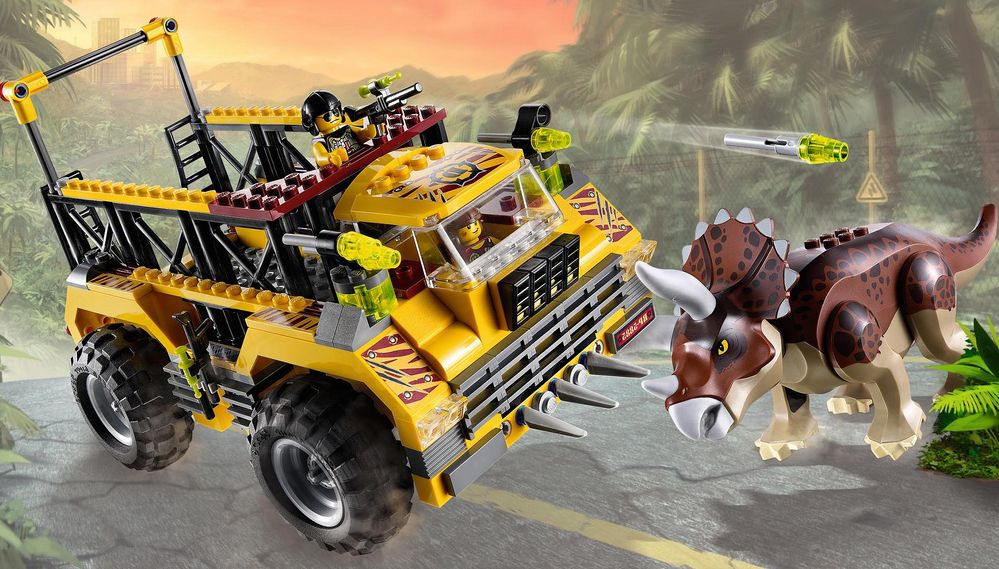 The jail has nothing much, three gray plates constitute the floor and six black pieces, similar to those used the trains station’s stairs (7937), are the grids in order to arrest the big Triceratops. I especially enjoy the part of the ladders. Are they for the animal? I bet that they would smash only with the dino’s breath. In terms of protection, when the vehicle is in movement, apparently it is efficient. 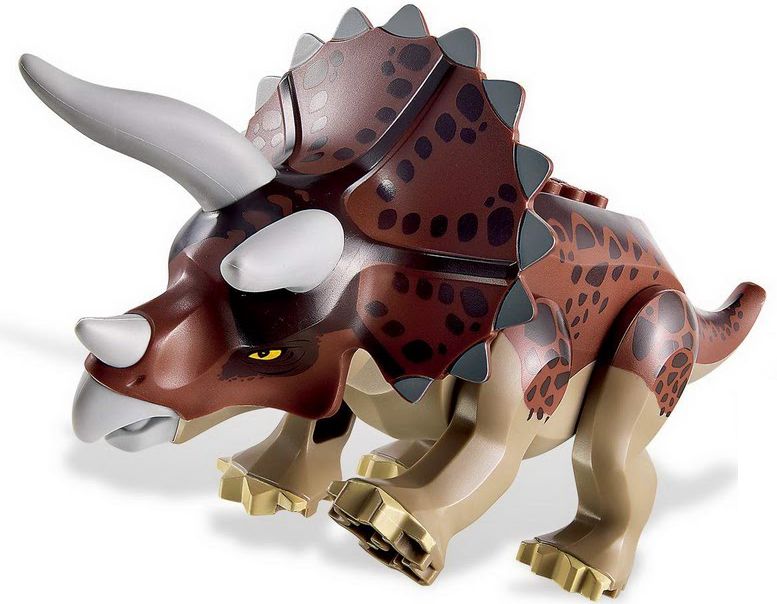 The Triceratops is not a single body, the legs and the snout are separated parts but the animal will easily enter the jail. The guards are usual mini-figures in dino’s sets and have nice tools, to catch the big animal, such as the tranquilizer weapons, the rockets or even the shovels that can be stored in the side clips.

Now, comes the worst price, almost fifty dollars for two hundred and seventy one pieces are an abuse. For that price there are sets with more pieces and much more playability. However if you like the theme, go ahead because the set has unique details. If necessary, the instructions are right here: