The Raptor Chase is a 2012’s set of a new city theme. It has almost two hundred and sixty pieces and two nice mini-figures. These are also, in my opinion, a good addition to the collection because they not only belong to a new theme but especially because they have pretty nice details.

The core of the set is the big truck. And it is definitely tall. Its wheels, whose axes are made with a technique piece, have almost the height of the mini-figures and in the middle, there are some side ladders to climb to the cab. Next to the driving seat, there is a hunting platform, which rotates pretty well, based on the windshield with some spears that are really nice. 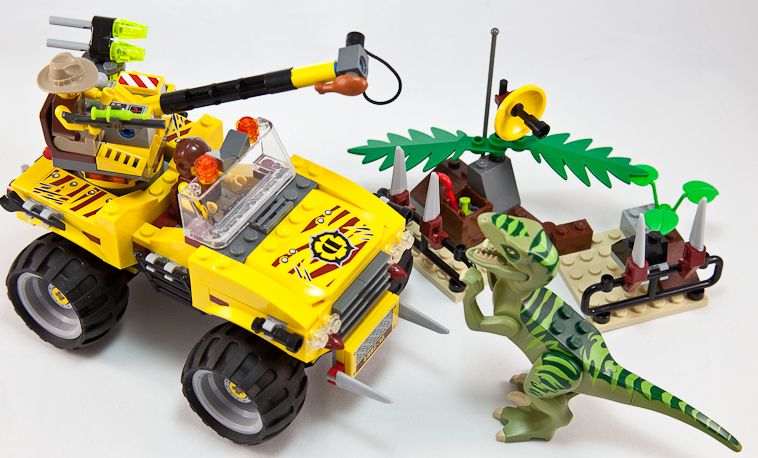 Once built, the vehicle is really very solid, not only by looking at it but especially if it hits with something. On the other hand, forget to drive it through a city. In the best of the chances, it will park near by, because of its width. The dinosaur is definitely a success, especially in the hands of a child. 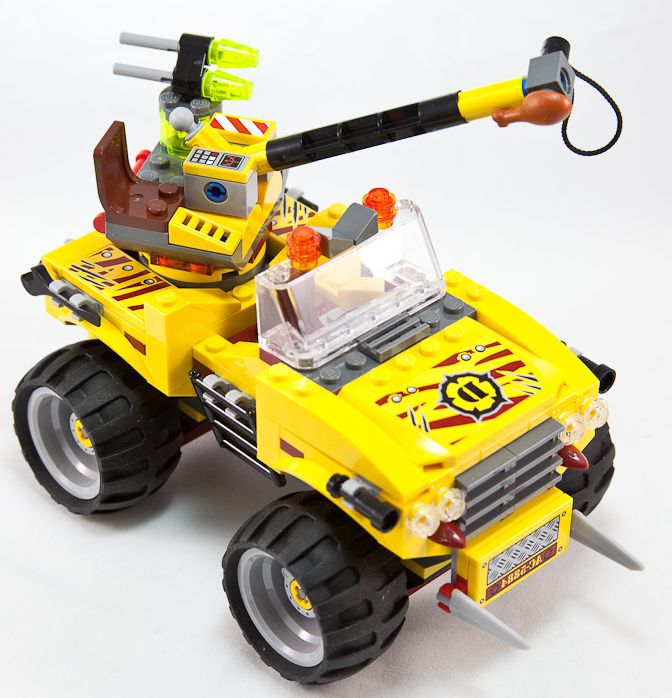 The set does not end here, because there is also an ambushed communication platform. It has a little antenna with a dish and near by, a small panel. The mini-figures are huge and have some unusual guns with tranquilizers to dominate the beasts. Finally there are plenty of nice accessories all around: the spoken guns, a nice peace of meat to attract the dino, some screwdrivers attached to the vehicle and even a crowbar near the bushes. 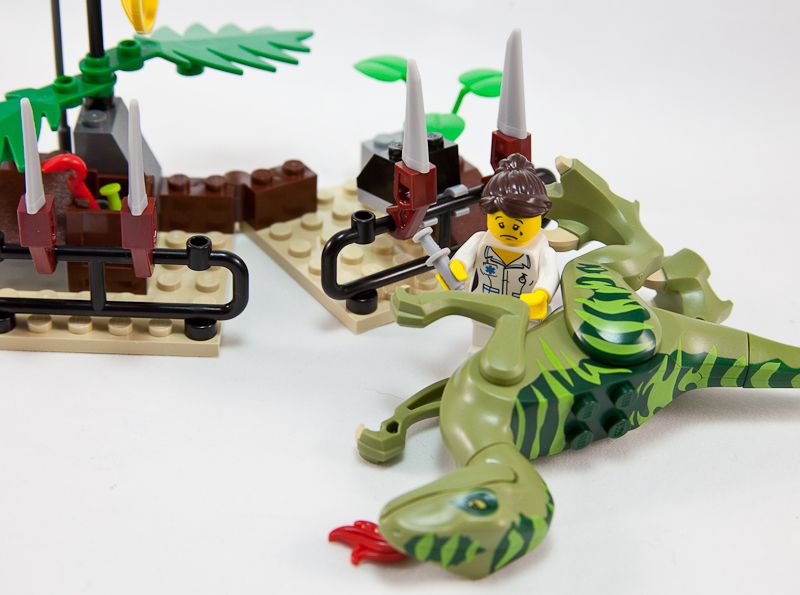 This is surely a set that will have success among the young ones, and for about thirty dollars it surely deserves the effort. The instructions if necessary can be downloaded from here: