The Tower Takedown is a nice Dino set. It intends to recreate a scenario where a guard tries to capture a Dino (to be exactly, I think that it is a Pteranodon, or something like that). The set has almost one hundred and forty pieces, a very well printed mini-figure, a jet ski and the so called dinosaur.

The set is easy to build and has plenty of interesting details. Starting by the tower, which has two floors, it is built with known pieces, used for instance in the train station 7937. Inside, the first floor is rather empty and perhaps it will just serve to store some accessories or even the jet ski. 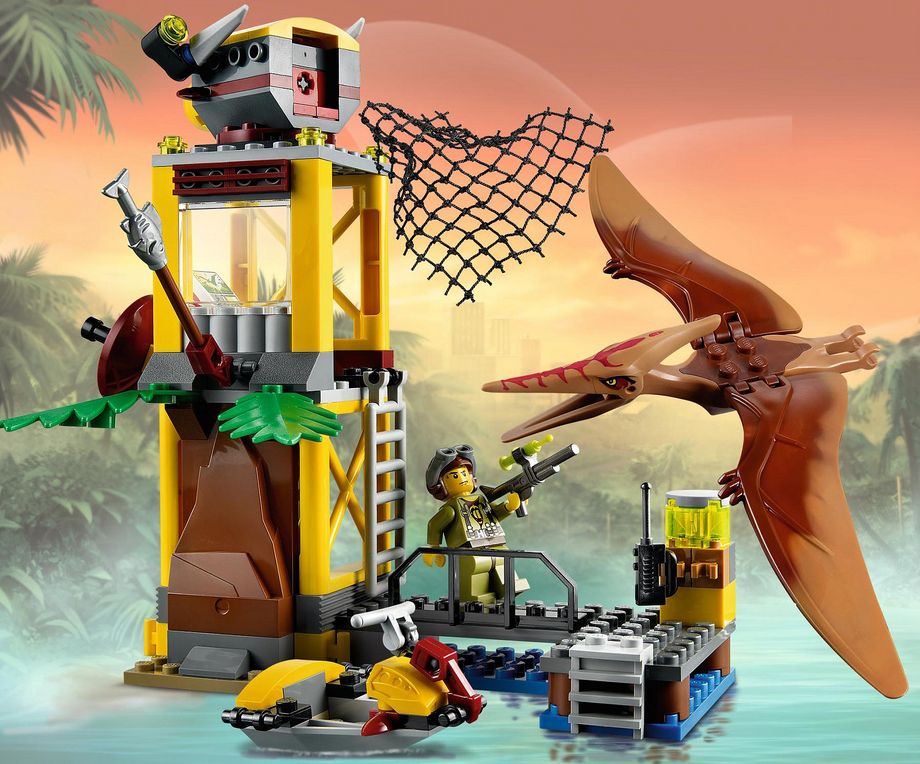 The second floor is rather different because it has a dino detector (looks like a printed piece, but I am not sure), some ladders for the access and an antenna for surveillance and fast detection. That’s surely an interesting innovation, catching dinos with satellites. But that’s not all because above, in the roof, there is a black net that can be launched when the dino flies close to the tower. 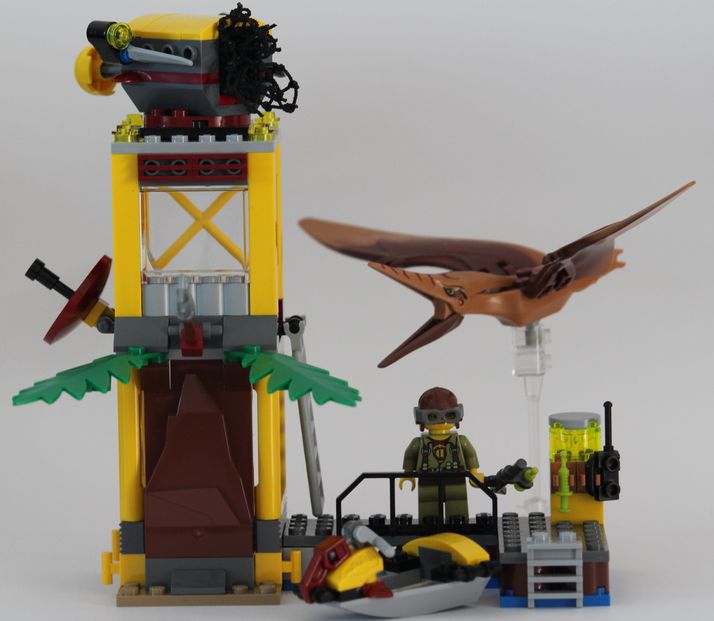 Next to the tower there is also a small deck, for the jet ski, that is attached to the tower through some technique pieces. Talking about the jet ski, it is quite cute, and besides its beautiful color combination, it has also an interesting handle through made with three little pieces. 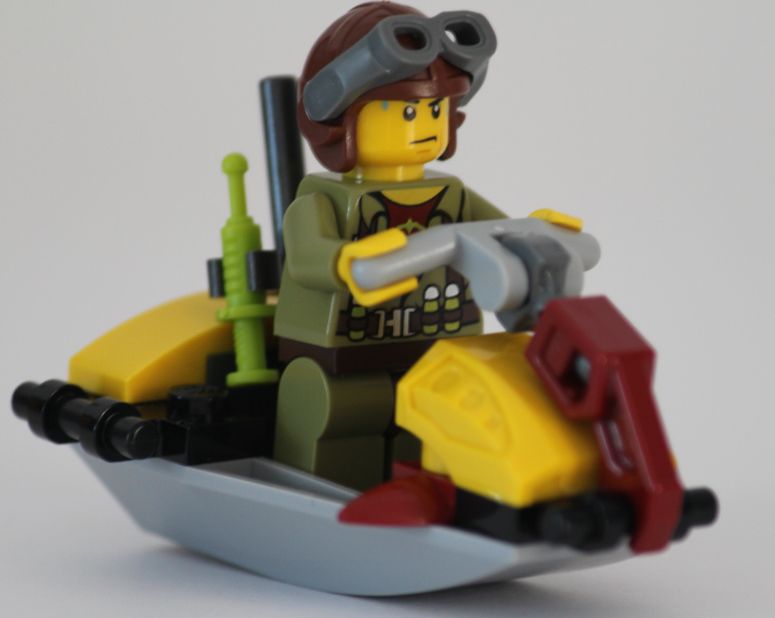 Finally, a word to the figures. The dino will surely be kidnapped by my son because it is very realistic and the para-military soldier is definitely a good addition to the collection, because it is different from everyone. Its weapon and the helmet with the glasses are also a good added value.

Twenty dollars look like a bit heavy but the if you like the dino theme don’t think twice. If necessary, the instructions are right here: