The Ambush Attack is a small, but very nice, 2012 set from the new Lego theme. With eighty pieces, it has one mini-figure with a dual printed face, which is quite unusual, a buggy with plenty of nice details, a dinosaur (this one I think is a Coelophysis), which my sons will surely enjoy and a small bush for the ambush scenario.

Building it is very simple and fast, less than ten minutes is surely enough. The buggy is very interesting because being so small, it can have, at the same time, many different and interesting details. Starting be the wheel arches that are small but balanced, simultaneously, passing through the four side clips that hang the two bars.

But there is more, at the back, the technique pieces create a very nice launcher in order to catch the Dino and there is even room to store the tranquilizer weapon. At the front the hood with the small sticker is also different from all the rest. Finally, I note that the small vehicle has no kind of lights. 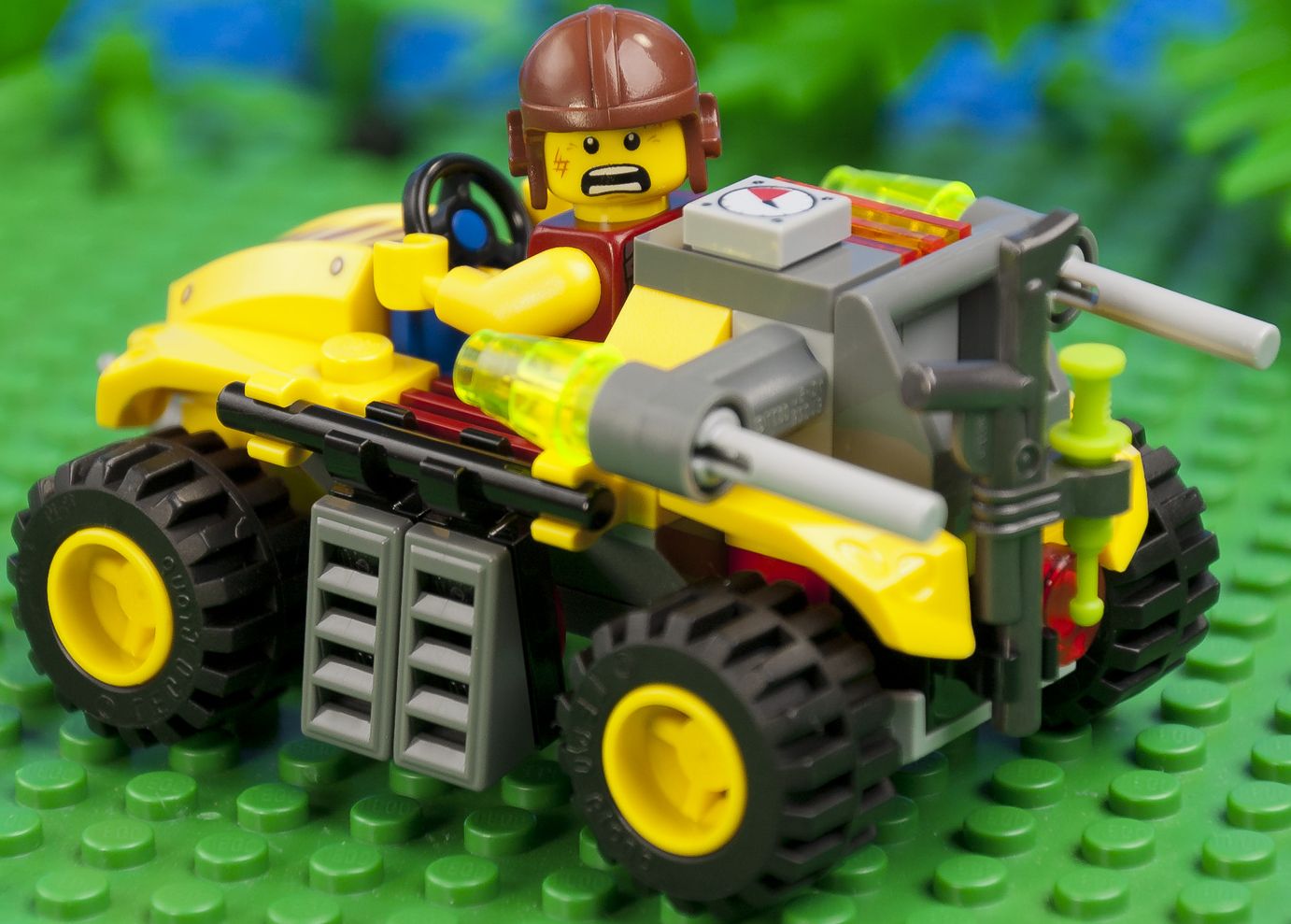 Perhaps it would be a nice idea to substitute the two little horns at the front (putting them in another place) for two round headlights because at night the jungle is very tricky. Talking about the guy, it is surely a nice addition to the collection. Not only because of its dual printed face, but also because of its torso. On the other hand, the Dino has some realistic colors and, at home, surely will disappear from the rest of the set. 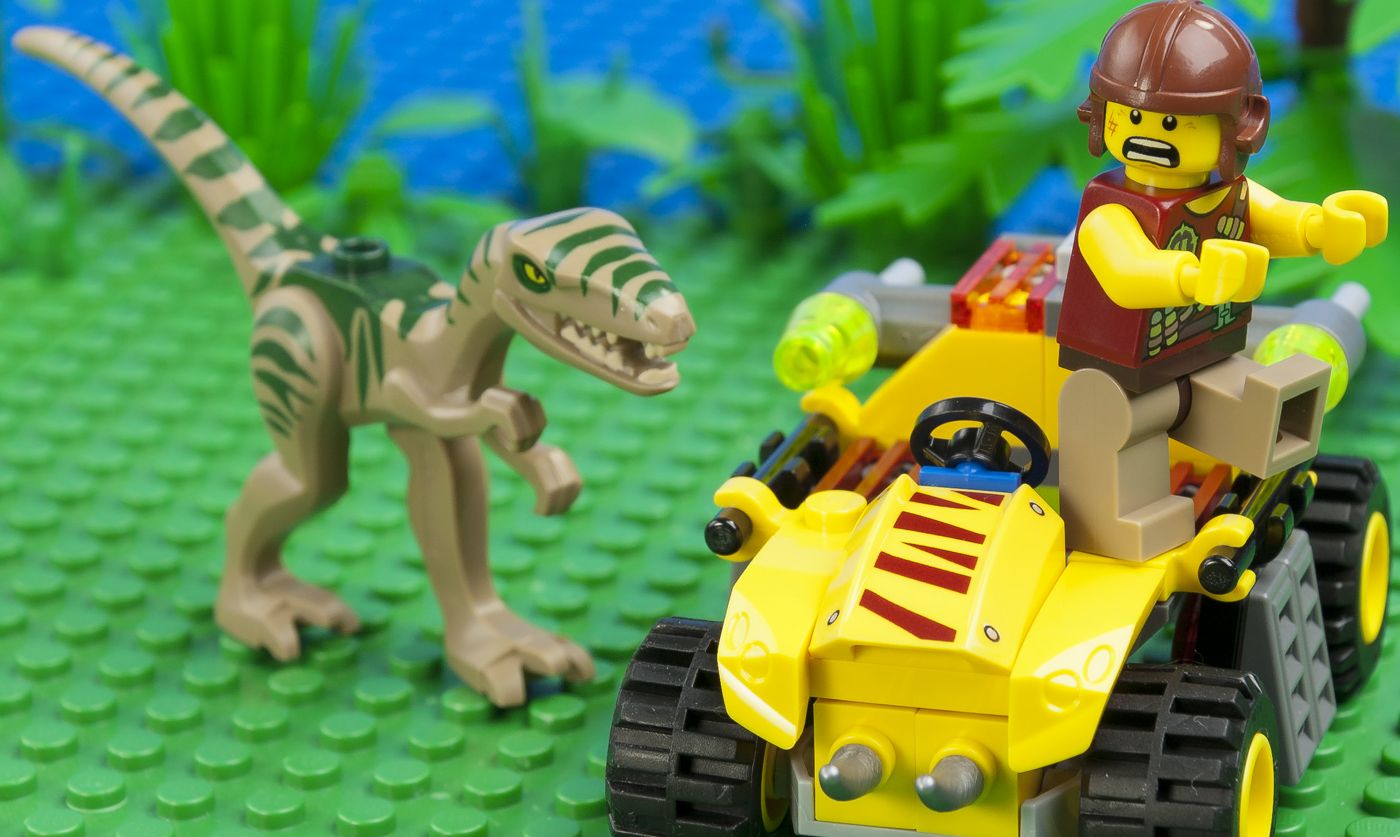 Globally, for a cheap price it is a nice addition not only to the theme but also to a city. If desired, the instructions can be found right here: