Lego has just published on Facebook a few images of three of the new sets that will make part of the next Wave of DC Super Hero Girls. The unveiled sets will be the Batgirl’s Batjet (41230), Harley Quinn’s Café Rescue (41231) and the Super Hero High School (41232), probably the head set of this wave.

As you can see below, Batgirl’s Batjet features a small dark jet, a tiny 4×4 vehicle and a mini-figure, batgirl. In addition, it shows also a yellow crystal creature and a net which will certainly improve the playability. The exact piece count is not known but I would say that it will have something around the hundred and fifty pieces, which will certainly put the price in values around the twenty dollars. 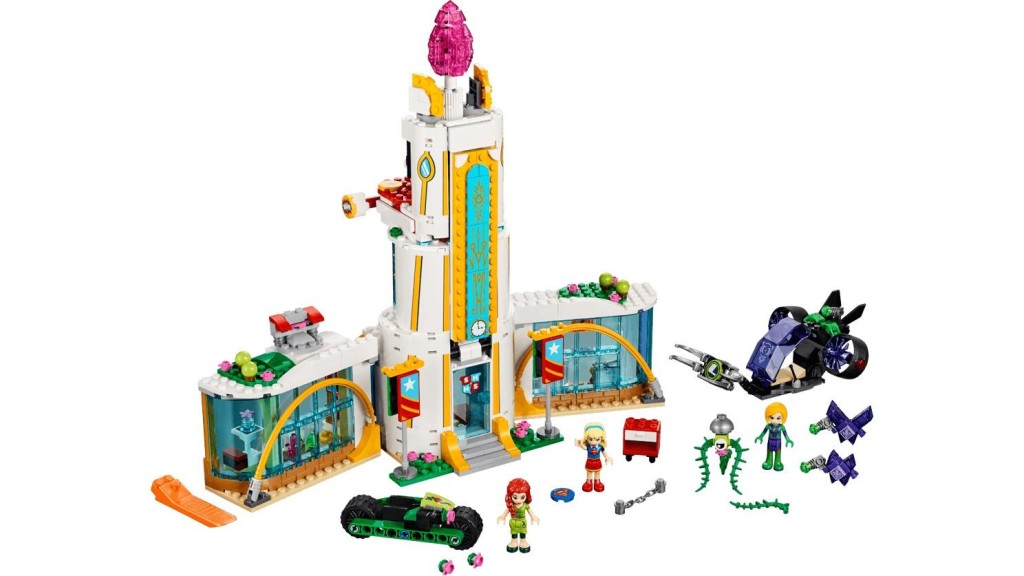 Harley Quinn’s Café Rescue is a small building with two floors and lots of colored elements to enjoy. Two mini-figures (Harley Quinn and Steve Trevor) will make part of it as well as a small jet and a couple of crystal creatures. The piece count should be something around the two hundred bricks and it should it stores with a price around the twenty five dollars.

Finally, the biggest set, the Super Hero High school which seems awesome at the first glance. With a big tower in the middle, it has two similar buildings on both sides with plenty of glace and color features. Three mini-figures will make part of it, as well as a couple of crystal creatures and two motorized vehicles. The piece count once again is not known but rumors mention that it should retail around eighty dollars, so I would say that it should bring something around the six hundred pieces.

The sets should be available next February. Have a look at them! 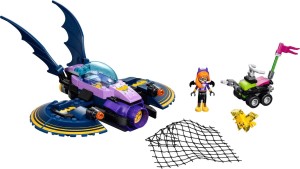 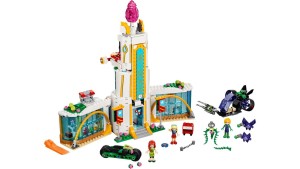