The Seaside House is a creator’s set that will be released next summer. With more than four hundred pieces, it has the possibility, as usual in this theme, to build three different models. Unfortunately it has only one mini-figure (the least acceptable for this set’s range would be two), but luckily there are many features and details that make forget that detail.

Starting by the colors, the combination of the light blue and the red in the roof is well succeeded. Besides that, it is built next to the sand and the water which gives the opportunity to have a nice sand castle, a surf board and a yellow crab walking on the side. As if it was not enough there is also a nice barbecue ready to bake some nice fish. 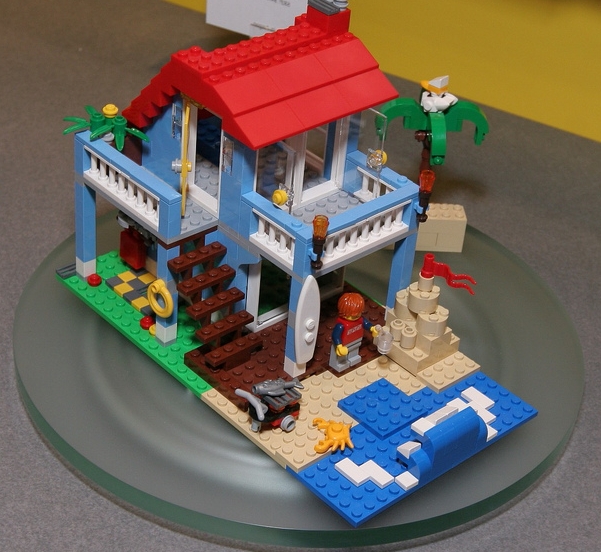 Talking about the building, it has two floors and there are walls all around the house with plenty of windows and doors but interior is quite naked. Apparently there is only one 4*2 piece which might represent a bed. The first floor is basically a penthouse with a very nice balcony with two glass doors and two lamps. 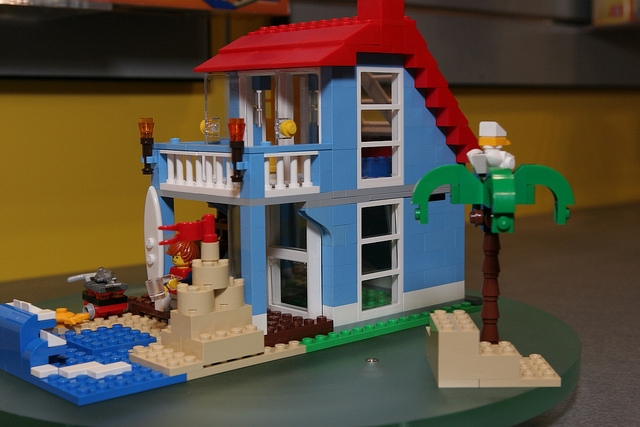 In the ground floor there is a nice shower in one of the sides, and nearby an island with a palm tree. Inside the house, once again there is absolutely nothing, the focus and the features are all concentrated on the outside. However, the combination, of sea, sand and garden is simply perfect. 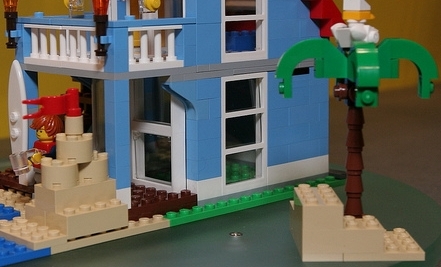 Through the box art, we may see that the other two possible combinations are a tall build, looking more like a tower and two different houses that are side by side. Both schemes respect the trinomial sea, sand and camp. Very nice indeed. 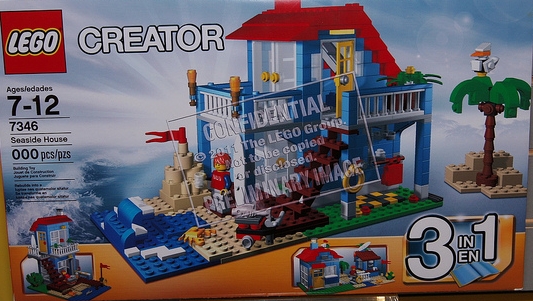 For about fifty dollars, this is surely a nice and interesting addition to the town. The only minor aspect, for me, is the fact that it has only one mini-figure. But it is easily solved, right? If you like it, it will be available on stores, next summer.