The Hillside House is an interesting Creator set with more than seven hundred pieces. And besides the three possible constructions it has many nice details and features. The building has two floors, there is a car with its respective garage, a garden with a lot of stuff and unfortunately only one mini-figure. In my opinion, two were the least expected in a set of almost seventy dollars.

The building uses large plates for its structure. Not only for the house but also for the huge garden which has the same area of the construction. The house is different from many others, not only in its look of course, but also in a big detail: It has walls and windows everywhere and the interior is field with several things, but they could be more, fore sure. 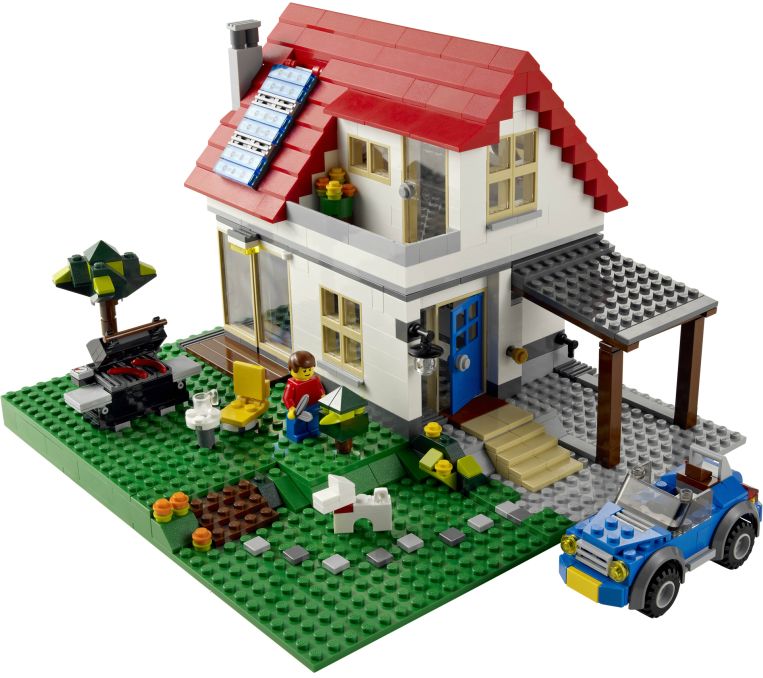 It has a nice fireplace, at a corner, and some great ladders to the first floor. However a table and a couple of seats were welcome. In the first floor there is a nice penthouse, but where is the room furniture, for instance? Easily it can be added, but beside the handrail, this division is completed empty. A nice comfortable bed was the least expected. 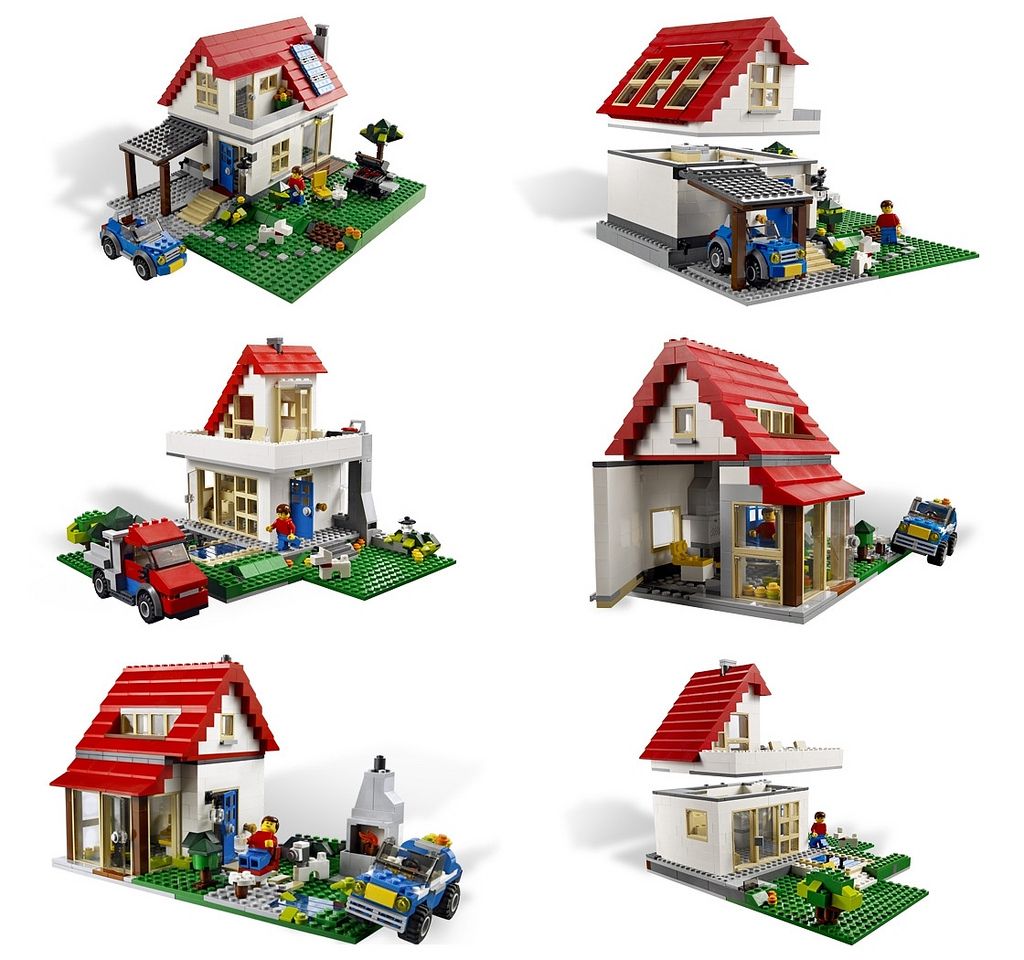 But not everything is bad, far away from that, one side of the penthouse has a nice terrace and a skylight that easily opens through some technical pieces and the other side opens totally to increase the playability and the interior’s access. This penthouse is built separately and in easily attached to the ground floor. 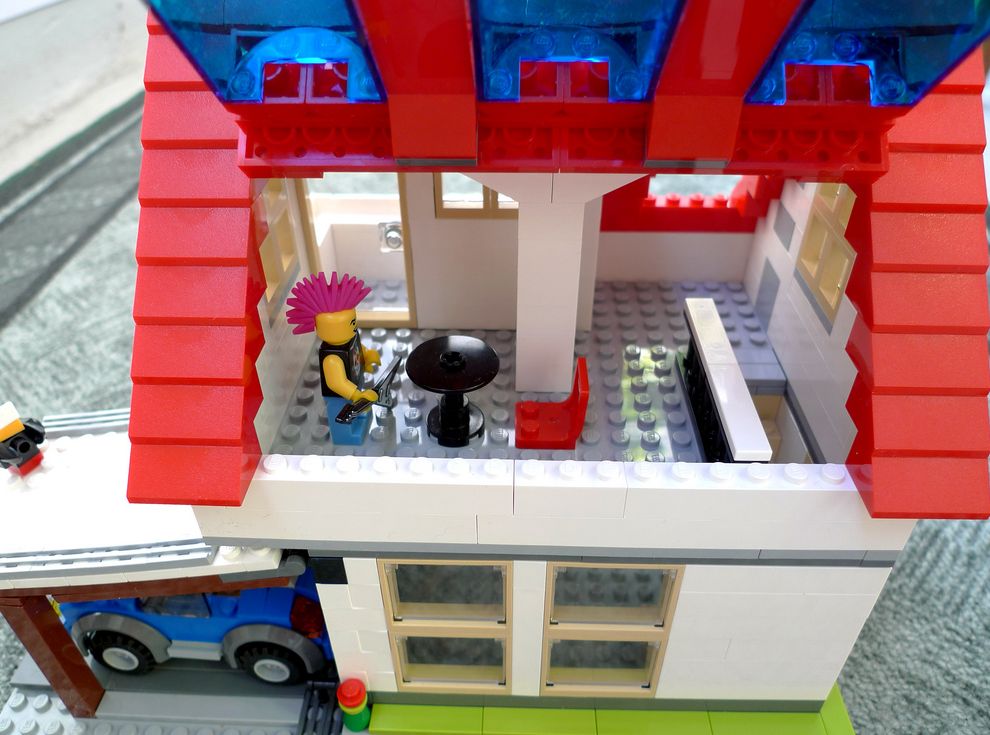 Out side, the fun continues. The car has a roofing for parking and there is even a tap to wash the car or to irrigate the garden. There is a path made with some stones that lad to a raised terrain where the barbecue is installed. There is also a nice unusual seat, a small table a very nice detailed barbecue that includes a manometer and a removable grill. Definitely it is very detailed. 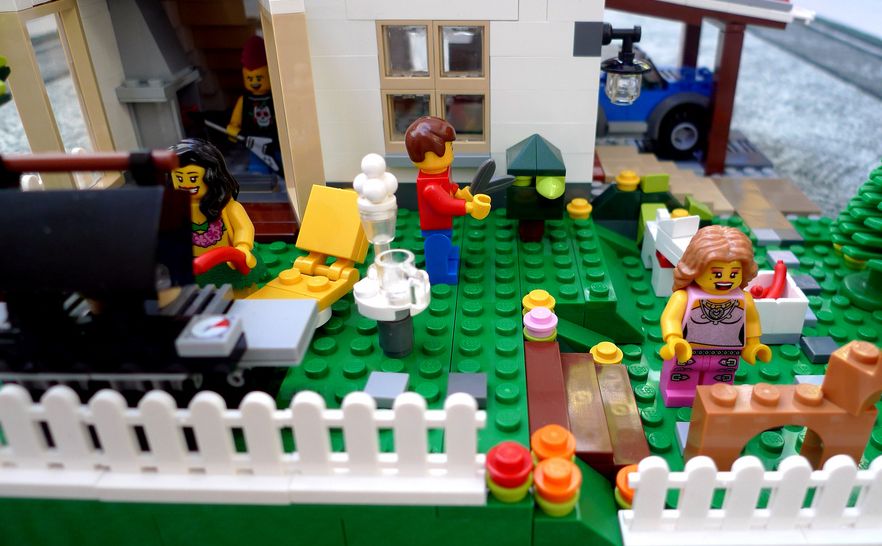 The set’s core, off course, is the house so probably you will look at the car in the end. This blue vehicle has nothing much, it is an ordinary city convertible vehicle, very easy and fast to build with a usual chassis and cockpit. This model is probably the simplest of the three possible models. 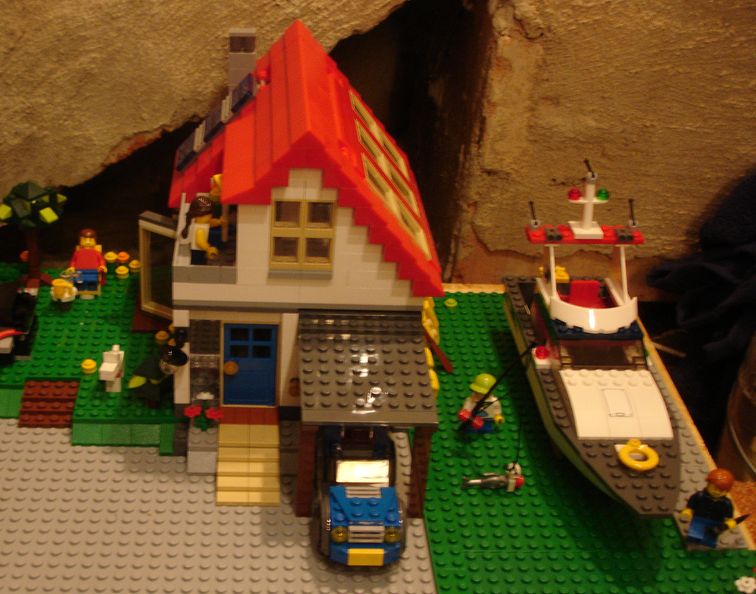 The other two building models are rather simple. The quickest and fastest to build looks like the original but smaller. The garden also keeps the bunch of features that the big one has. The third possibility is a ground house with a small penthouse and a small red truck. A final note, negative unfortunately, again for the number of mini-figures, the guy doesn’t even have a girlfriend.

But globally is a good addition to the city. There aren’t many with this size, for sure. For about seventy dollars is surely a good deal. If necessary, the instructions are right here: