The Log cabin is a Creator House of 2011, with more than three hundred and fifty pieces. The house has three possible building combinations, as it would be expectable in this theme’s sets, and besides that, the set has also a small boat, one mini-figure and some nice accessories and tools.

The main model is built over two green plates and the structure is made mostly with dark brown pieces, recreating, that way, a wood constructions. The crossed wooden studs on the edges are surely a detail that reinforces that type of constructions. Generally the house is very simple to build and in the walls there are some good old vintage windows. 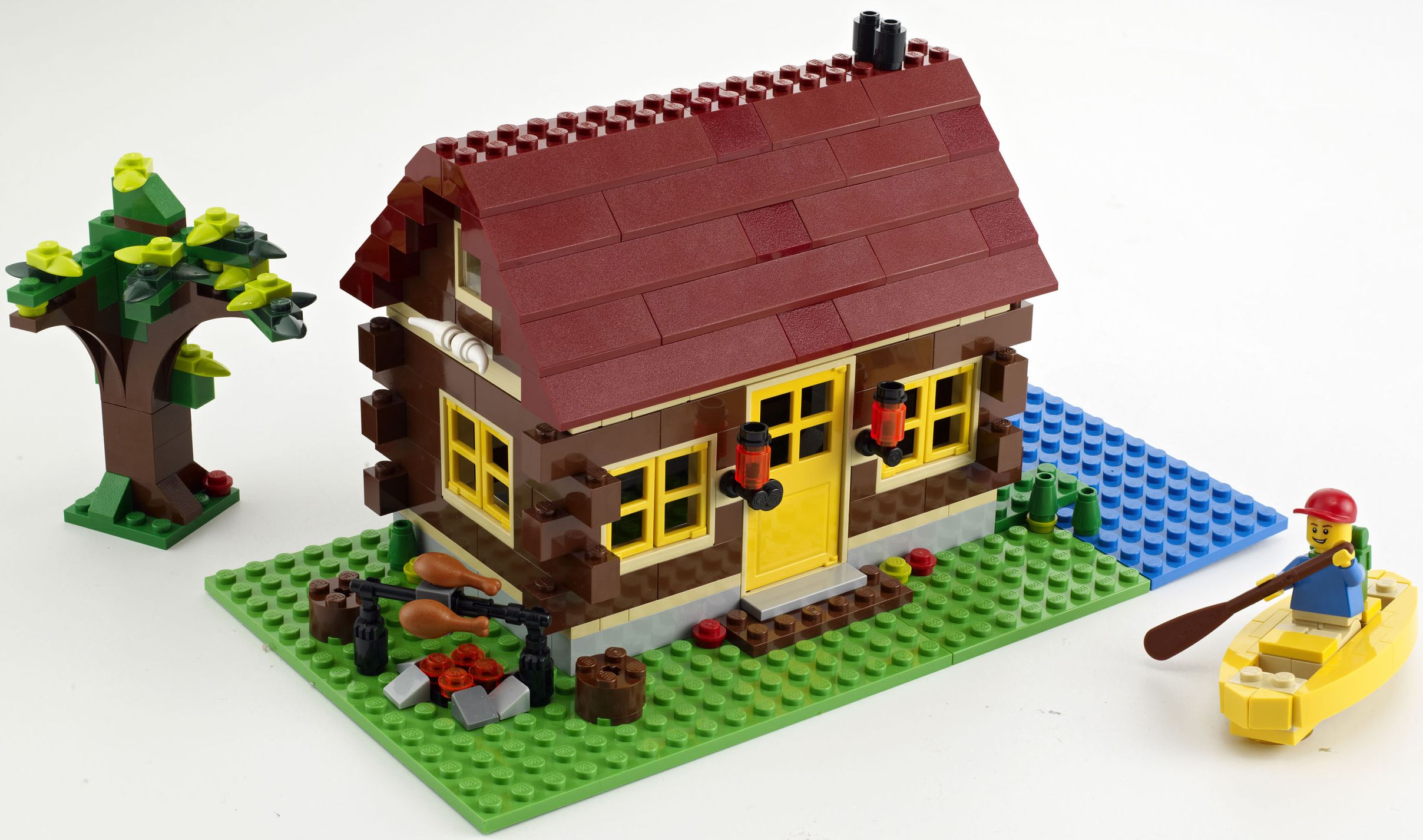 The roof is built separately with a considerable resistance and it attaches easily on the structure. Purposely there are few attaching dots, in order to easily remove it, increasing that way the set’s playability. Inside, the house is empty. There is only a fireplace at a corner. 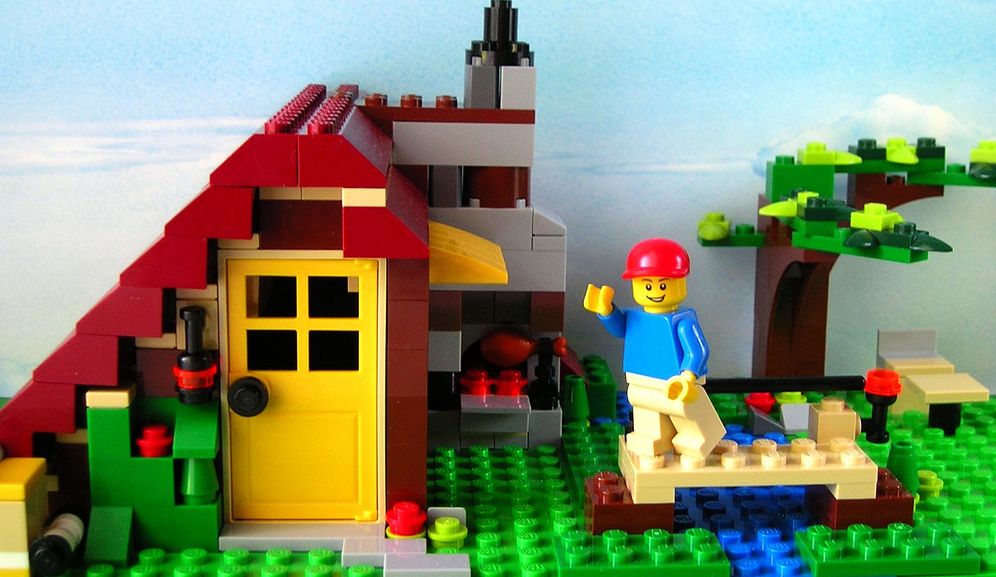 An old table and a bed were the least that it should have. That’s a miss details for sure. Out side there are some nice tools and details: a psychedelic tree, made with many green small pieces on a brown trunk, an improvised barbecue with a couple of meat chunks and two old wood seats. 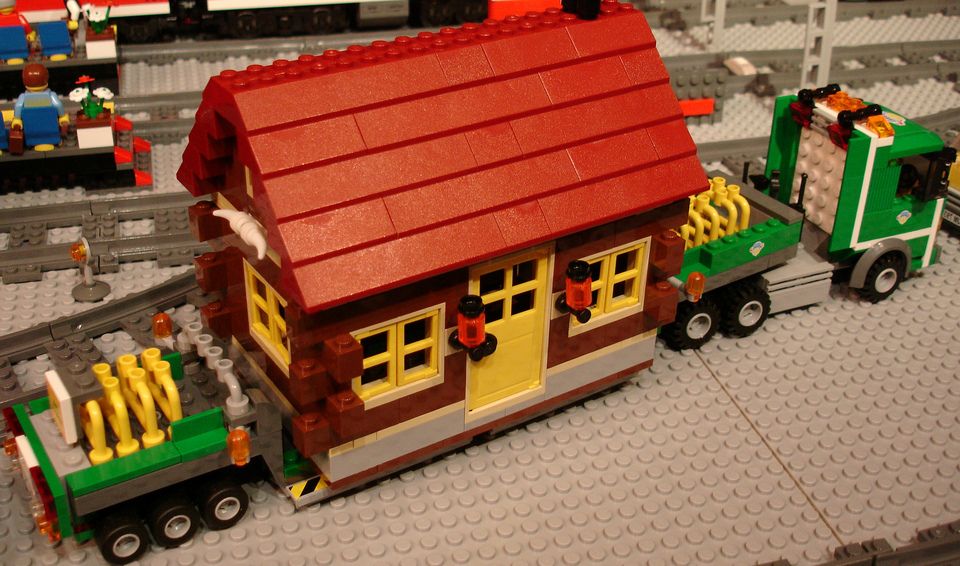 This house is built next to a lake, because at the end of the model, in the left corner, a blue plate is attached in order to recreate the water. The boat is very small but proportionally is made with many small pieces. There is a nice seat in the middle and even a paddle. The other two possible constructions are rather different than this one. One of them is like a northern mountain house with a roof prepared to receive the snow without collapsing. The house is smaller but on the other hand the outside space is bigger and there is even a river that crosses the terrain which is quite pleasant. 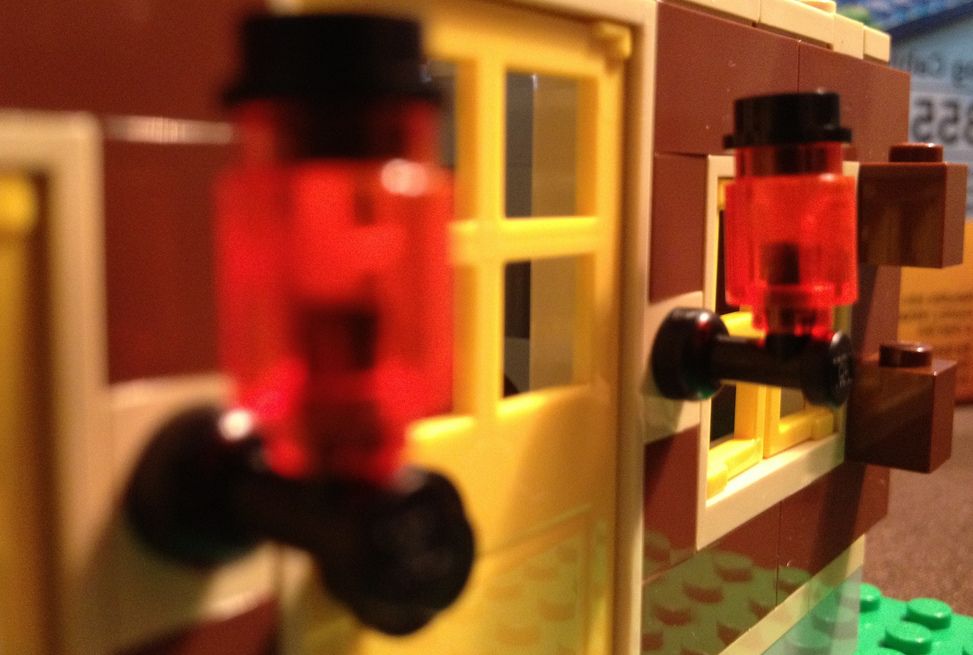 The last building model is has two similar buildings side by side with a river near by. The interiors this time are improved because beside the so called fireplace, this time the house has a small table with a wood seat. In my opinion this last possibility is the simplest model among the three.

For about thirty dollars it is surely a good deal and a good addition to the town. If desired the instruction can be found in the following links: