The new Lego train has finally been revealed. The high speed passenger Horizon Express, from what we can see through the available pictures, which clearly give an excellent idea of this train, will surely be a worthy successor of the older city 7938. The inside details and features were definitely improved.

As you can see, orange will be the main color, based perhaps on the first TVG generation. It will have about one thousand three hundred and fifty one pieces, the main locomotive and two passengers’ wagons as well as six mini-figures (four passengers, a driver and a train steward). It will also be considerable long, measuring almost eighty centimeters.

Esthetically we can see that the new train is more realistic than the 7938. The front nose is rather longer and has its aerodynamics improved. The side windows all along the train are definitely more realistic than the full glass present in the previous model. If you compare it to a real train (present in the gallery below), you will notice that the similarities are huge. 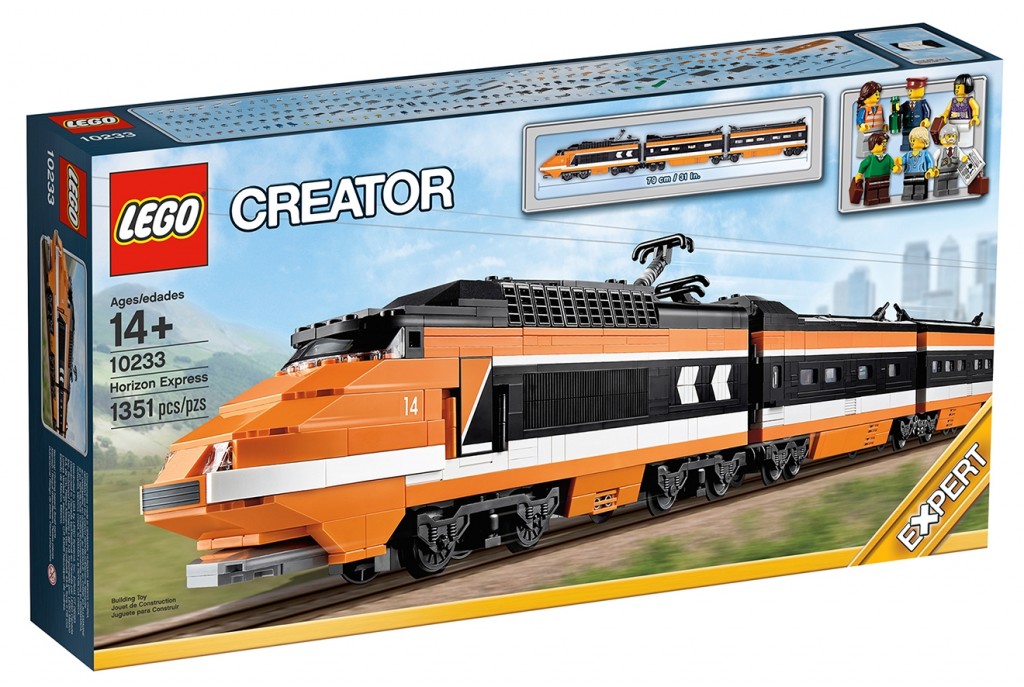 Inside the cabin, there is plenty of space for the female driver. She has at her disposal an extensive control panel with plenty of instruments and a nice seat. Behind of course and as usual, it takes place the engine’s compartment with all the batteries, cables and switches. I wonder if it is prepared to have some lights at the front (like the 8870 kit for instance…).

The wheel axes, not only from the locomotive but also from the two carriages, are the same as the previous trains, however there is a radical change in the way that the second carriage connects to the third.  This turn, the traditional magnet is substituted by an attaching mechanism, which in a certain way makes remind the ones used in the trucks with trailers.

Talking about the inside and all its features, definitely the luxury is always present. There are six available seats with different tables that are mounted in the walls, a bar -it has even a register- with some drinks, led TV’s, places for suitcases, a coffee machine , newspapers for the passengers  and even a small compartment at the back that looks like a small wash room.

Globally the train is easy to build, the engine part requires some attention but overall it is very exciting. However it is a pity that the set doesn’t have any kind of rails which obviously will increase the spent money if you don’t have any other train. All the roofs are easily removable in order to access the wagons and increase the playability and the passengers will definitely have no problems to have the best comfort. And best of all this time you have the sensation of building all piece by piece, instead of some models where usually it is all built with big or unique pieces. 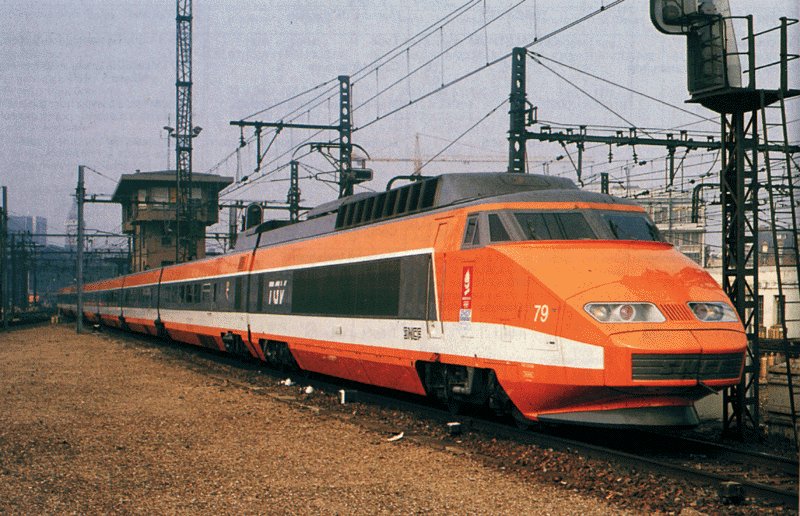 If we think about less interesting things such as the price,I would say that it will be not cheap. If we compare it to the 7938, it has almost the double of bricks, a more realistic look but on the other hand it has no kind of rails. One hundred and fifty dollars is it a fair price? Some reference sites talk about slightly less but I have my doubts. Let’s wait and see. In the mean time have a look at some pictures in the gallery: