The first picture of the official series 14 leaflet has been posted by the Brick Fan, showing all the sixteen monsters that will make part of the new series. The most part of them was already known and in addition to these nine guys we have the werewolf, the zombie pirate, the crazy scientist, the wacky witch, the fly monster, the Tiger woman and the banshee.

The seven new guys are gladly in line with the rest but let me tell that the Zombie Pirate this time definitely caught my attention. Overall these sixteen characters have everything to be a success, especially if we consider, in the addition to the mini-figures, the bunch of great accessories that all of them bring. The new Series will be available on September and should retail around the three dollars. 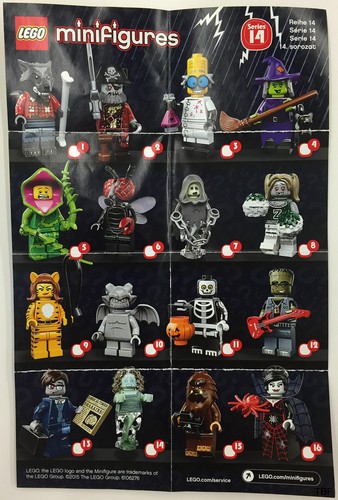