The Series 13 of collectable mini-figures have finally been revealed. A possible set list and a few images with low resolution were already known since the beginning of this month but gladly Lego decided to post on Facebook the official pictures with all the details of the sixteen characters.

Now with all the guys available, I must say that certainly there will be a few that will make part of my collection, namely the classic King, the Evil Wizard, the Egyptian Warrior, the Sheriff and the Carpenter which as you might have already guesses are my definitely my favorites! 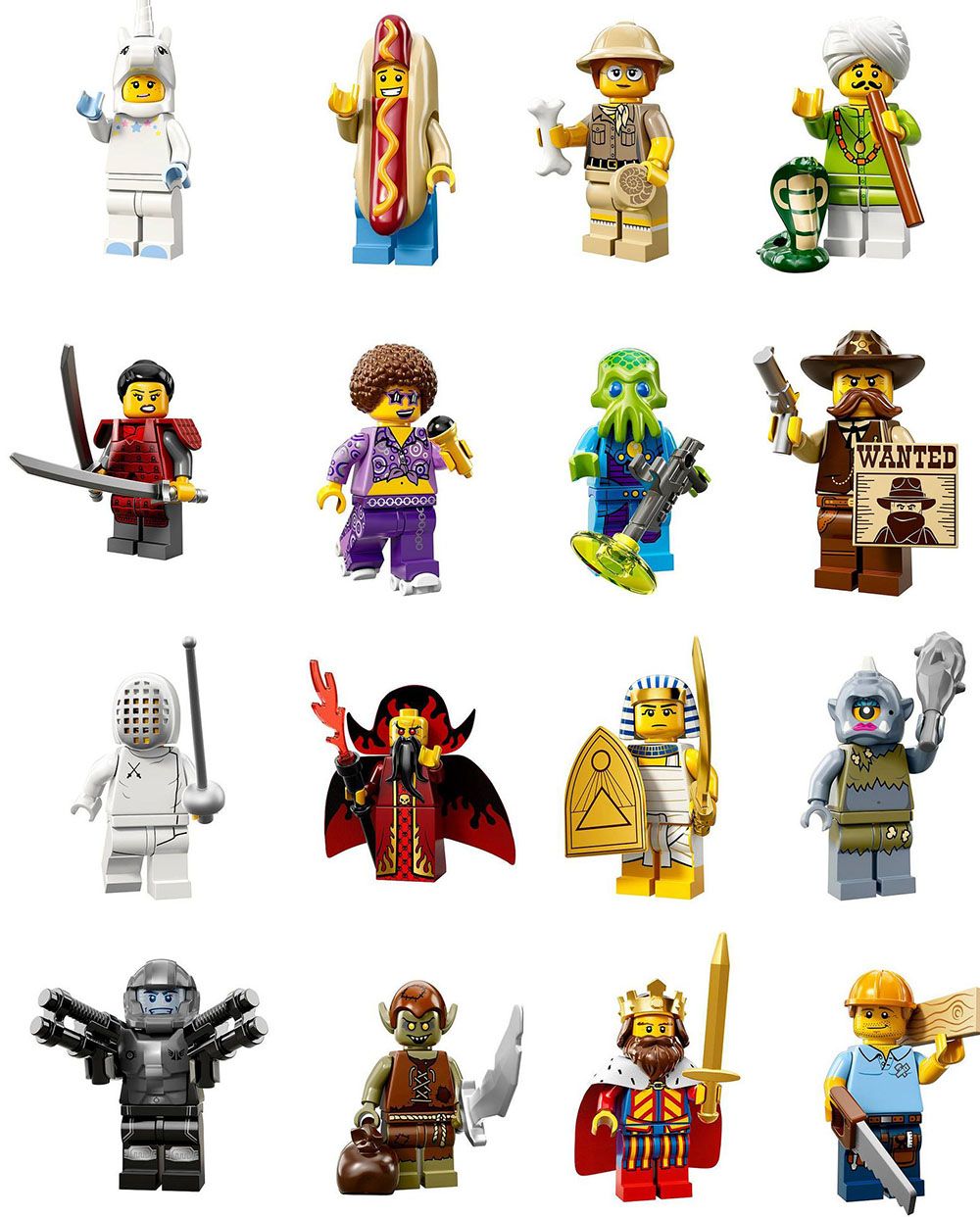 Just like other previous sets, the individual packages bring a “Collect and Win” stamp which will allow unlocking mini-figures and features in the Lego Mini-figures on line game. The new Series 13 will hit stores next January (possibly earlier in some markets) and will retail with a price around the three dollars. Until then remember the entire list enjoy all the details in the gallery: