Among the several news and videos that have been posted in the last couple of hours, I especially enjoyed the sub aquatic subtheme, published in brickset. The images, for now, are only from the set boxes but through them (and also in the video), it’s already possible to see what’s coming in terms of these city sets.

The entry set, Deep Sea Scuba Scooter (60090) shows a small scooter with a mini-figure and an Octopus, the starter set (60091) is a bit bigger and features a sub aquatic vehicle, three divers and a shark, and the submarine (60092) shows a really nice and detailed set with three mini-figures and lots of aquatic accessories. 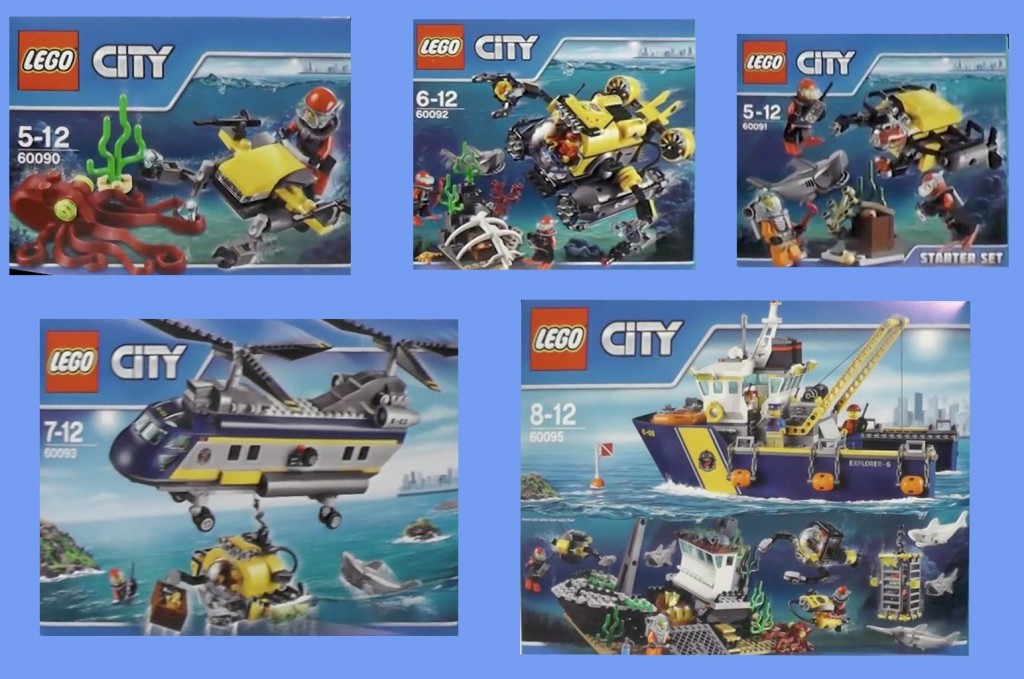 The bigger ones, namely the Helicopter (60093) and the Exploration Vessel (60095) have other arguments in terms of size, playability and of course price. The heli looks pretty big and reasonable similar to other city models. The vessel seems to be the head set, until the moment and show us a sunken ship, besides the exploration, two deep sea vehicles, six mini-figures, and four sharks, including a new one from different species.

The subtheme is not complete yet, there are still some news about the 60094 (at least…), but I guess that we’ll soon see some more details and pictures about these new sets that won’t certainly be available before the beginning of summer. Have a look at the galley: