Super packs are definitely one of the most interesting Lego products in terms of value for money. Easily you get some sets with an interesting discount compared to the option of buying them separately. Normally most of the Lego themes present one of more super packs by this time of the year and City is certainly one of them.

Recently some fan sites discovered images that might show the options for this year. Until this moment six!! Super packs are about to be released: the Lego 66626 that will have fire sets, the Lego 66451 that will have city vehicles, the forest police will have available two options: the Lego 66427 and the smaller 66346. 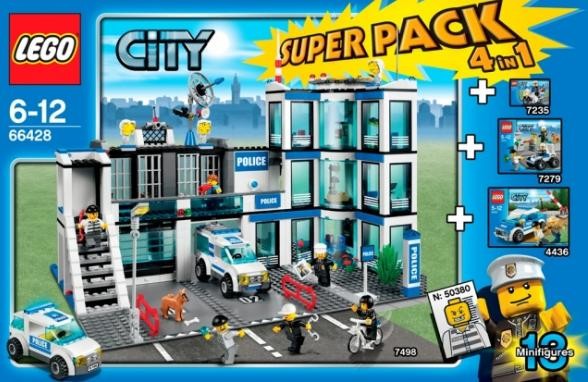 Finally the city police will also have two different packs: the big one 66428 and the small 66412. But to have a clear idea, let me detail them:

These are definitely six great options to buy or best of all to be soon a nice Christmas gift. Please take a look at some pictures:

One thought on “Lego City Super Packs for Christmas”